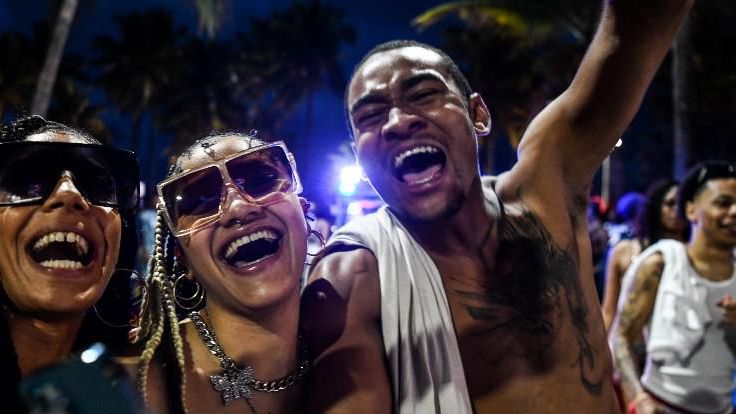 In Florida: Too much violence during the “Spring Break”, Miami Beach under curfew

The American city has decided to impose a weekend night curfew, to stem a wave of gun violence as students flock for the spring university break.

City officials passed the measure Tuesday night after two shootings that injured five in recent days in this city in the southeastern United States. Those “five people shot and killed could very well have been five people killed” by gunshots, Mayor Dan Gelber said at a meeting before the curfew was approved. The town hall had already indicated that it would adopt it on Monday. “We can no longer bear” the situation, said Mr. Gelber at the time.

The curfew, which covers the busiest area of ​​the seaside resort including the famous Ocean Drive thoroughfare, will last from midnight to 6 a.m. each night, from Wednesday evening until Monday morning. The authorities plan to renew it next week.

Last year, the city had already imposed a curfew and banned bars from selling alcohol after 2 a.m., and police had arrested more than a thousand revelers for disturbing public order. To avoid a repetition of these incidents, the police have increased their numbers and patrols. She seized 37 firearms in three days, the police chief said Monday.

Every spring, a crowd of young revelers, especially students, take over the Miami Beach waterfront for alcoholic parties that last until the end of the night and can quickly degenerate. The “Spring Break” in Miami is part of the collective imagination of generations of students, but in recent years the inhabitants seem increasingly disturbed by the situation, despite the undeniable contribution to the local economy.