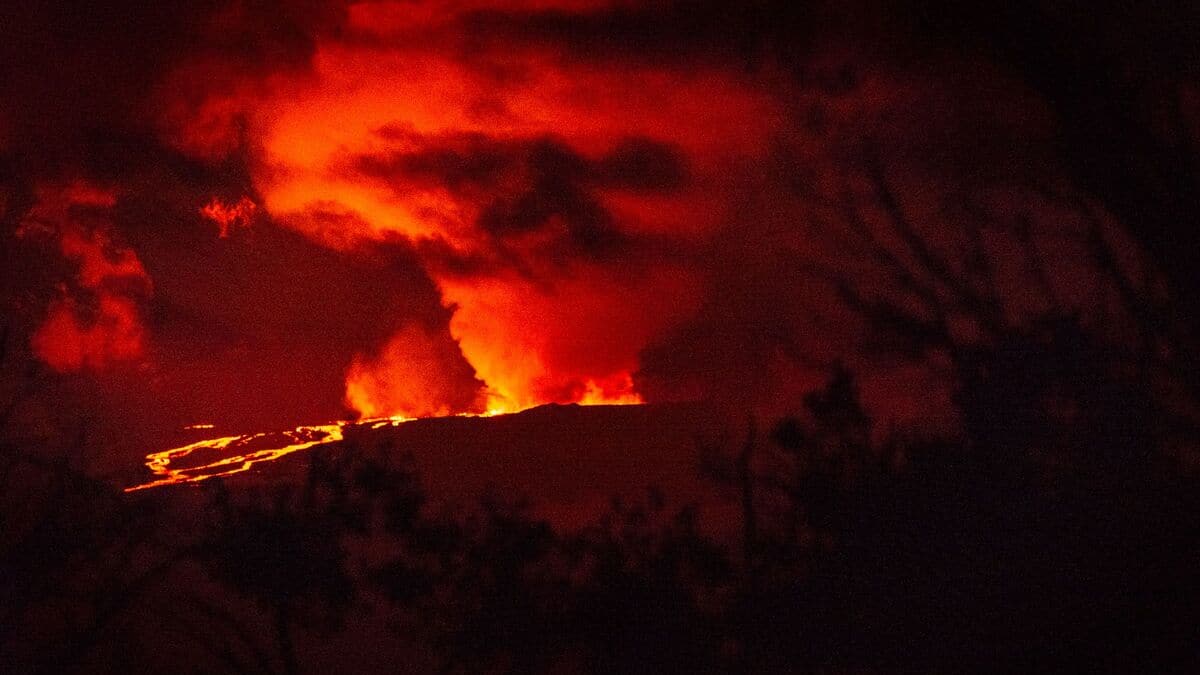 After 38 years without effusion, Mauna Loa, the largest active volcano in the world, which erupted Sunday evening in Hawaii, is now spitting out fountains of lava up to 60 meters high, according to the American Institute of Geophysics (USGS) .

Molten rock pours out of four newly formed fissures along this mountain, so wide that it covers half of the American island of Hawaii, the largest of this Pacific archipelago.

The volcano, whose name means “Long Mountain” in Hawaiian, also produces thick clouds of vapor and smoke. But the surrounding homes remain out of danger for the moment, according to the authorities.

As of Monday evening, the largest fountains of lava escaping from fissures reached “between 100 and 200 feet,” or 30 to 60 meters, according to a USGS statement.

Despite these spectacular outpourings, the eruption, which ignited the night Sunday and could be seen up to 70 kilometers around, remains contained on the northeast flank of the volcano.

Tuesday morning, the lava had crossed a road at altitude and remained 10 kilometers from the “Saddle Road”, one of the axes that cross the island of Hawaii, according to the institute.

“We do not expect eruptive activity outside the northeast area. No homes are currently in danger,” the USGS said.

The US Weather Services (NWS), however, warned that volcanic ash and debris could accumulate around the volcano. This can cause breathing difficulties in the inhabitants or disrupt the operation of engines or electronic systems.

The winds could also carry volcanic gas and Pele’s hair, volcanic glass fibers named after the Hawaiian goddess of fire, which form when droplets of lava stretch into thin filaments under the effect of gusts. Sharp as razor blades, they are dangerous for skin and eyes.

Mauna Loa had not erupted since 1984. It spewed lava for 22 days, producing lava flows that washed ashore just seven kilometers from the town of Hilo, located northeast of the volcano. .

With a peak of 4,169 meters, it is one of six active volcanoes in the Hawaiian archipelago and has experienced 33 eruptions since 1843. The archipelago’s main island is also home to a volcano slightly taller in size. , Mauna Kea – 4207 meters.

Just southeast of Mauna Loa, the Kilauea volcano is experiencing very sustained activity, with almost uninterrupted eruptions between 1983 and 2019. Its latest, minor, has been underway for several months now.