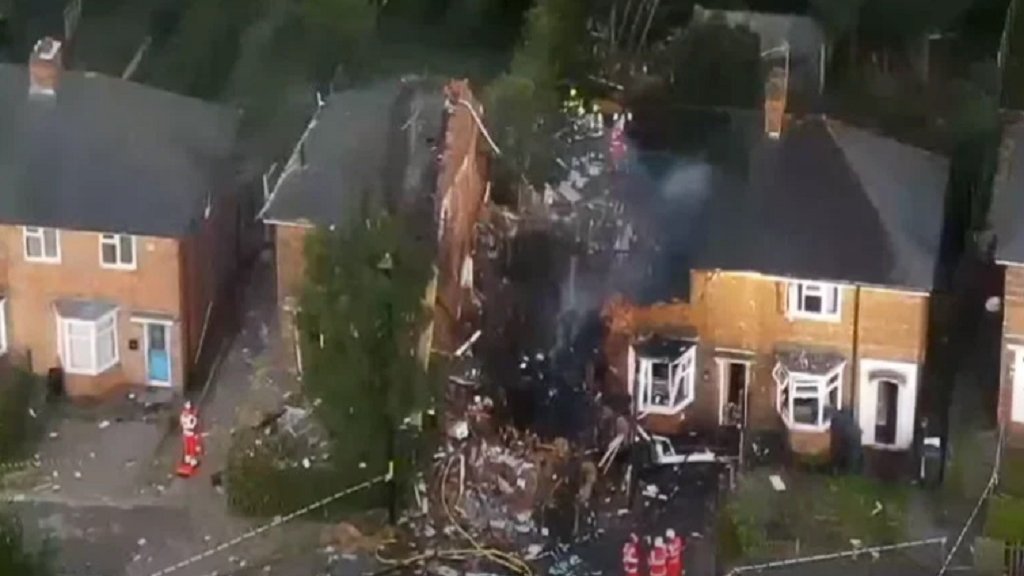 Five people were injured in an explosion in a residential building in the British Birmingham. One victim was taken to hospital in critical condition, the West Midlands Ambulance Service said.

The explosion took place in the Dulwich Road house at about 8:40 pm on 26 June. According to eyewitnesses, the explosion was heard within a radius of two kilometers.

After the explosion, a fire started, but the neighbors managed to get through the rubble and pull the surviving man out into the street, who loudly called for help. By the time paramedics arrived, he was feeling worse and was taken to the hospital in critical condition.

Four more people were examined by doctors on the spot and released for outpatient treatment. Rescuers searched for other survivors under the rubble using a drone, but found no one else.

One house was almost destroyed, three neighbors were damaged. All residents of the affected building were evacuated. Local authorities have not specified whether the building will be restored.

Earlier in Chelyabinsk, gas exploded in a residential building and a fire broke out. The owner of the apartment was taken to the hospital with burns.