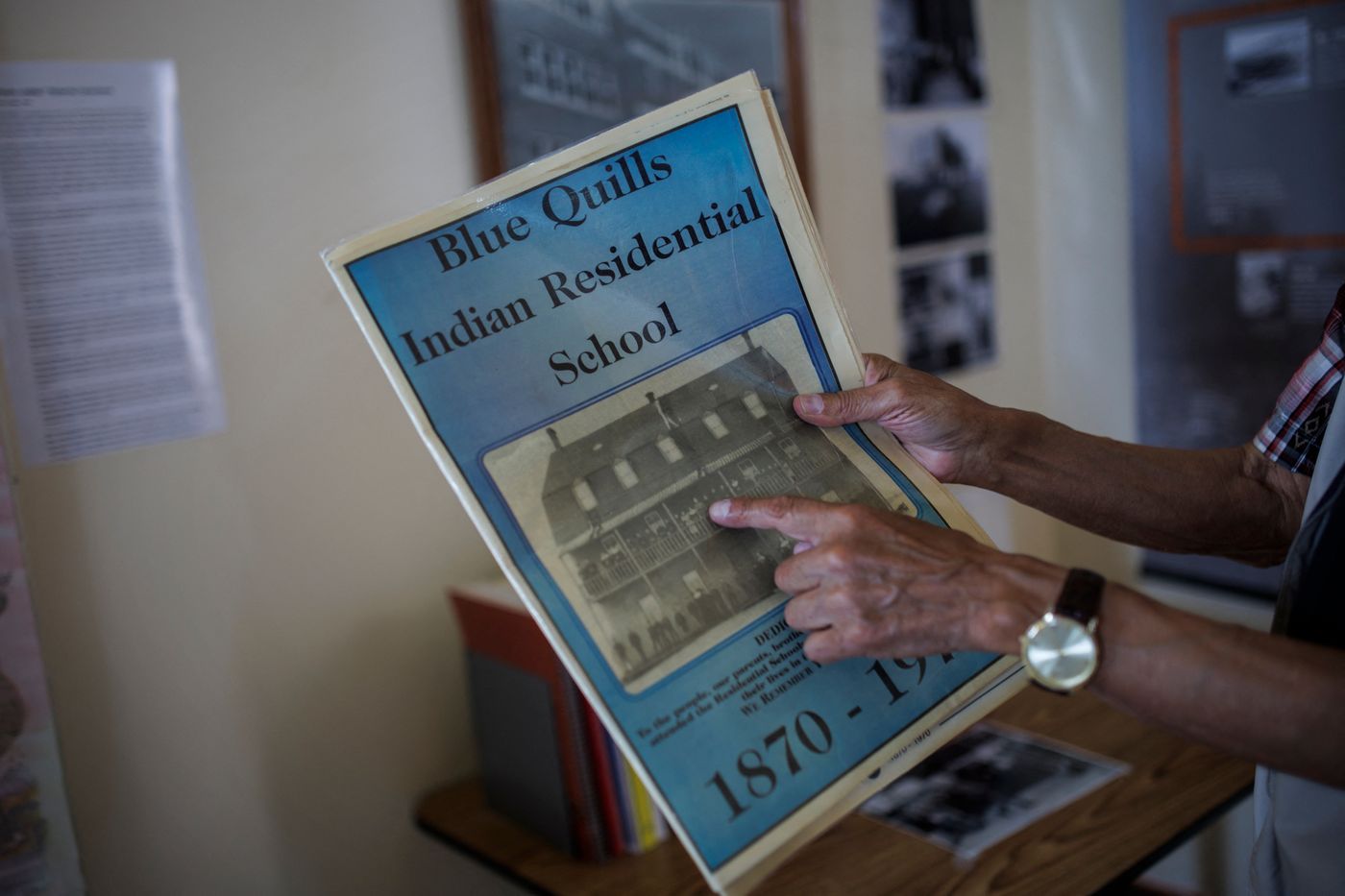 “As the federal government pushed the country westward, it exterminated, eradicated and assimilated the natives as well as the natives of Alaska and Hawaii, their languages, cultures, religions, traditional practices and even the history of our communities. » That’s how Interior Secretary Deb Haaland, the first Native American minister in U.S. history, summed up a damning report released May 11 by her office on the U.S. residential school system.

Member of the Laguna Pueblo tribe of New Mexico and Catholic, this government official had launched a major investigation in June 2021, after the discovery in Canada of anonymous burials of indigenous children on the sites of former boarding schools run by Catholic institutions or Anglicans.

► What are the main figures revealed by the federal report?

The document of a hundred pages on the “Federal Indian residential school system” reveals that between 1819 and 1969 authorities operated or supported 408 boarding schools in 37 states (or then territories), including 21 in Alaska and seven in Hawaii.

The federal government directly managed some establishments and entered into contracts with Christian institutions – Protestant (Congregationalist, Presbyterian), Episcopalian or Catholic – to operate others. Religious institutions are involved in the administration or support of about half of the schools concerned, 80 of which were run by congregations and other Catholic works.

Burial sites, identified or anonymous, were discovered near 53 boarding schools. Nineteen of these establishments “count more than 500 deaths of Native American, Alaskan and Hawaiian children”according to the report.

► What abuses have the residents suffered?

“The United States directly targeted Native Americans, Alaska Natives, and native Hawaiian children in pursuit of a policy of cultural assimilation that coincided with the dispossession of Indian territories,” acknowledges the US Department of the Interior.

Schools discouraged or prevented children from speaking their language and focused on technical education or manual labor, “with job prospects often unrelated to the American industrial economy, further disrupting tribal economies”according to the report.

In these facilities, the rule was often enforced through corporal punishment such as flogging, beatings and shackles, or solitary confinement and starvation, the document says, adding that older children were forced to punish the younger ones.

“Many children have never returned home, each of them is a missing member of the family,” commented Deb Haaland, as if echoing a “intergenerational trauma” harshly experienced by indigenous communities.

► What reactions did these revelations elicit?

The National Congress of American Indians (NCAI), the main organization of tribal nations, has welcomed a report that “marks a new era of federal government accountability”. But, he added in a statement, there is still much to be done to “the truth, justice and reconciliation that our communities need”.

Last November, the American Conference of Catholic Bishops, the USCCB, said it wanted to cooperate fully with the federal authorities in the framework of the investigations carried out.

“Honestly confronting the history of the Church in the United States in relation to Indigenous peoples will present challenges, but it is also an opportunity to reach out (…) to have an honest dialogue about our shared histories, and discern the best way to come closer and move forward together », pointed out the USCCB.