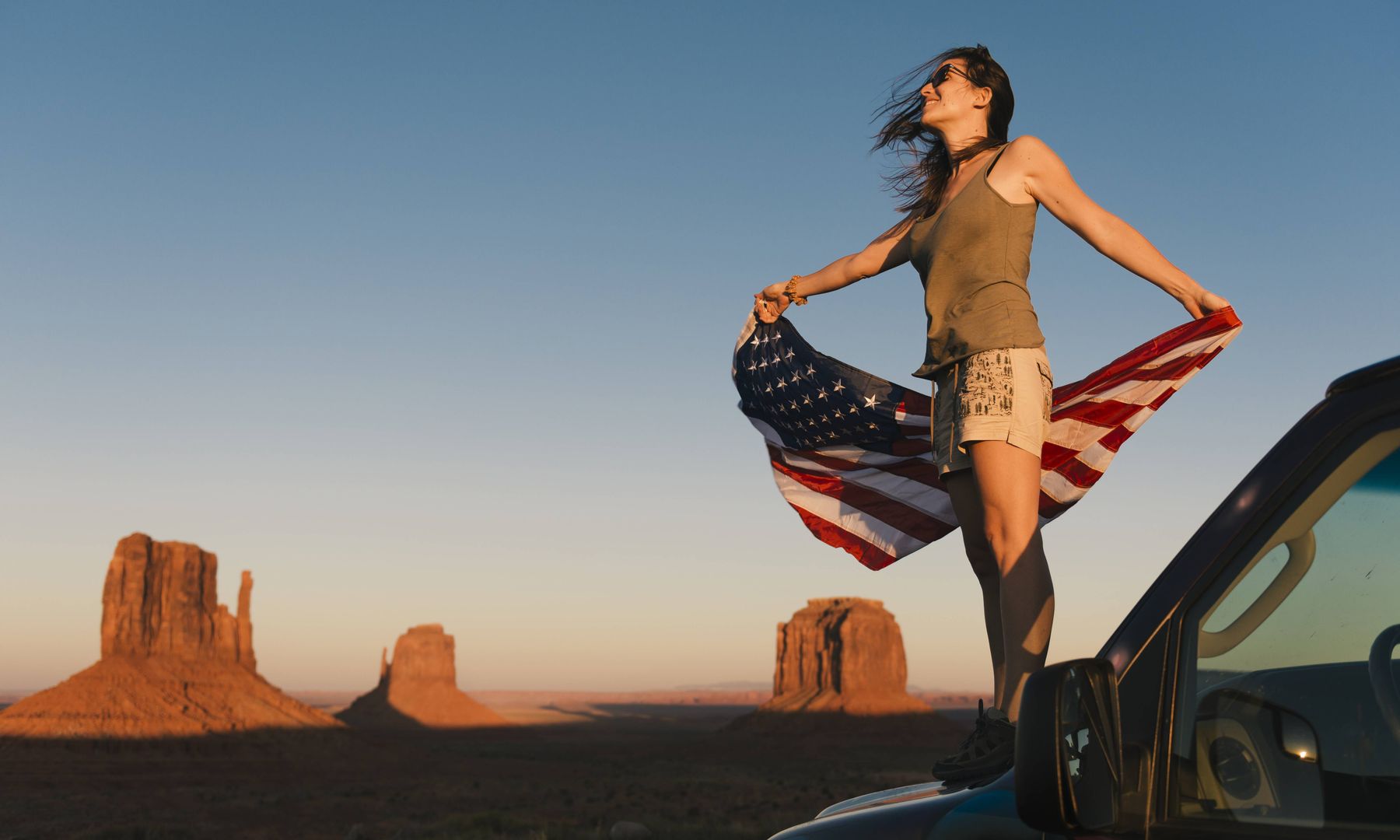 See as many places as possible – this is the goal of many travelers. At the Four Corners Monument in the USA you can cross four states off the bucket list: Utah, Colorado, New Mexico and Arizona.

The United States is made up of 50 states – and each has its merits. It is not that easy to decide where to start the journey after the corona pandemic. However, there is one place where you can cross four US states off your bucket list with just one visit: the Four Corners Monument.

The memorial was erected at the only point in the United States where four states meet. For an entrance fee of five US dollars, you can be in Utah, Colorado, New Mexico and Arizona practically at the same time and take several souvenir photos on the bronze plate.

These attractions are in the four states

Known from numerous films and US series, the monument is located on the territory of the Native American people of the Navajo Nation. If you can’t decide which state to travel to afterward, tossing a coin might help.

You would also like a scene from the series “Breaking Bad“Readjust. Because it is precisely at this place that the wife of the main protagonist Walter White makes the decision as to which state she should flee to. So that you can make a decision without tossing a coin, we have listed some sights from the respective states.

There is a lot to experience in the state named after the Colorado River. Rocky Mountain National Park is criss-crossed by numerous hiking trails and the famous Trail Ridge Road. The 77-kilometer road is the highest continuous highway in the United States.

In the Rocky Mountains there are also almost 40 ski areas and numerous scenic byways, some of which run along rock faces and which you can explore by car or mobile home. You can also experience little adventures while biking and hiking at the 30 meter high stone needles of the Garden of Gods or in the Great Sand Dunes National Park, where you will find the highest dunes on the continent.

If this is too strenuous for you, you can also take a bath in one of the many hot springs in Colorado, for example in the town of Glenwood Springs.

A road trip through Arizona is also worthwhile – especially along the world-famous Grand Canyon. Among other things, the most beautiful waterfalls in Arizona can be found in Havasupai in a branch of the Grand Canyon. The remote area can only be reached on foot, and the 20-kilometer hike requires stamina.

But the state has many other attractions as well. In Page, for example, you will find the next breathtaking natural spectacle – the Antelope Canyon. Wind and water formed the canyon and let it shine in its characteristic red and mandarin-colored shine. However, it can only be visited on a guided tour.

See Also:  Beautiful digital pictures - discover pictures at funpot that will take your breath away

And a little more than eleven kilometers away is another hotspot: Horseshoe Bend – a photo motif popular with tourists.

You can discover other unique hotspots in New Mexico. In the Carlsbad Caverns National Park in the Guadalupe Mountains in southeast New Mexico you have the opportunity to visit the stalactite cave Carlsbad Cavern. It has one of the world’s largest underground rooms.

And countless cave dwellings that were dug by humans in volcanic tufa around 1000 years ago can be found in the nature reserve Bandelier National Monument.

If you like it a little nerdy, Roswell has a contrast program. Because a UFO is said to have crashed there in 1980. Since then, the city has attracted numerous alien fans. The R2D2 mailbox and the International UFO Museum are worth a visit.

You can of course also find several great sights in Utah. For example, the Bears Ears National Monument in San Juan County is home to countless Native American ruins and other archaeological sites. There, visitors can view abundant rock art, ancient cliff dwellings, ceremonial kivas, and myriad other artifacts.

In Goosenecks State Park in the southeast of the US state of Utah, you can take a look at the San Juan River from a vantage point, which has dug a good 300 meters deep into the mountain landscape over millions of years.