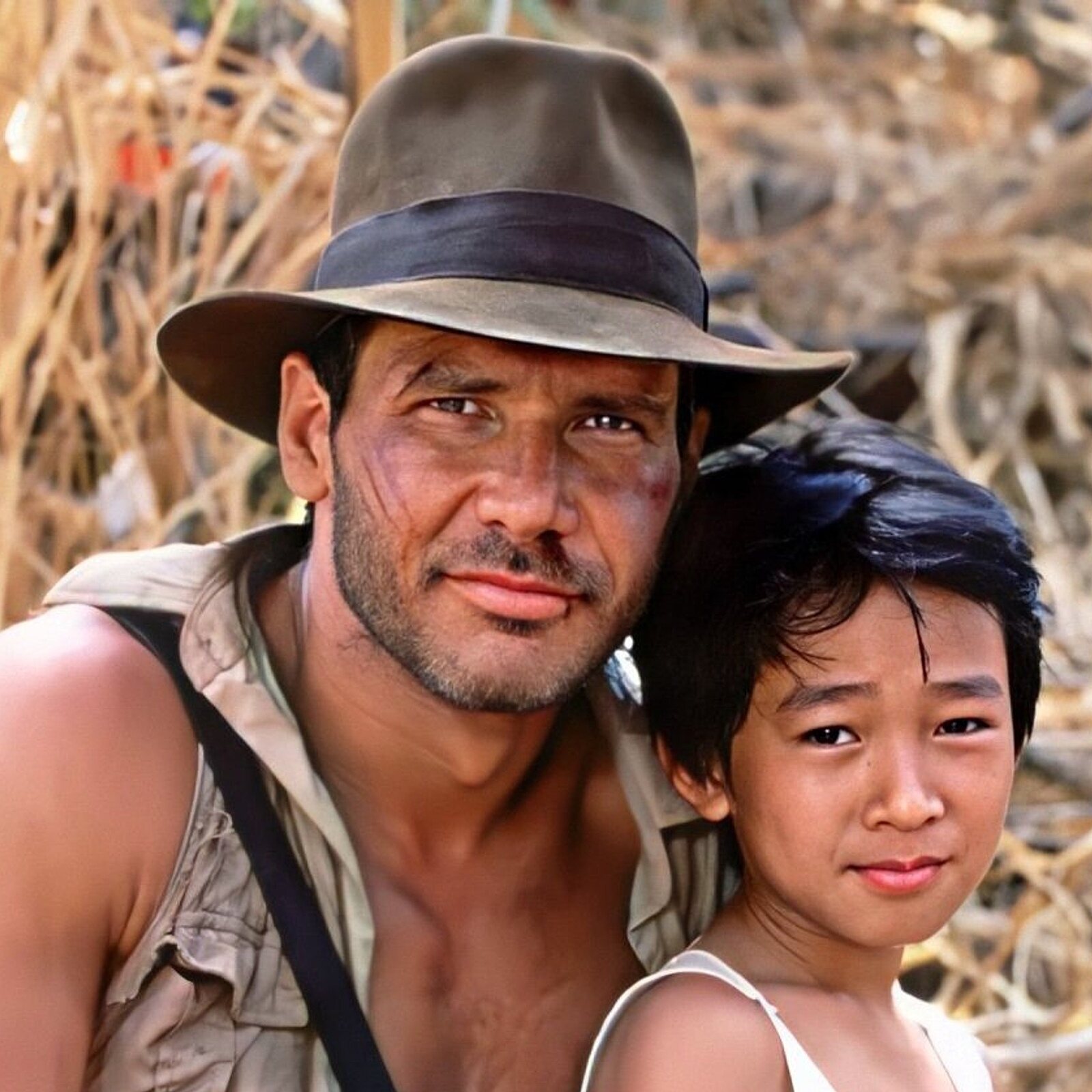 This past weekend, Disney was hosting its biggest convention and expo of the year: the D23 Expo. Over there, our dear Indiana Jones was able to reunite with his old friend Short Round 38 years after ‘Indiana Jones and the Temple of Doom’.

Harrison Ford met his co-star, actor Jonathan Ke Quan, backstage at the D23 Expo on Saturday. The actors hugged each other affectionately and immortalized the moment through several photographs which Quan later posted on his Instagram profile along with an emotional message: “‘I love you, Indy.’ Indiana Jones and Short Round reunite after 38 years”. This actor played a prankster young pickpocket in the 1984 movie ‘Indiana Jones and the Temple of Doom.’ In addition, Quan participated in ‘The Goonies’ playing Data, a well-remembered role.

“After being in Indy and in The Goonies, there were very few opportunities for me”Quan recently told the revista Entertainment Weekly. During the time when he did not find interesting roles, he focused on film studies, graduating from USC (University of Southern California) and participating in various projects as a choreographer and assistant director. However, when Quan saw ‘Crazy Rich Asians’ in theaters, he regained hope and became convinced that there were exciting roles for Asians and Asian Americans in Hollywood. The actor, now 51, has recently been acclaimed for his performance in the surprising ‘Everything at once everywhere’. In addition, during D23 it was announced that the actor will participate in the second season of the series ‘Loki’.

Meanwhile, Ford presented the first trailer for ‘Indiana Jones 5’ during the Disney convention. The actor, who has already reached the age of 80, was greatly moved by the audience. During D23, Ford thanked the public for “making these movies such an amazing experience for all of us.” Our Jones also highlighted about the new installment that is “proud to say this is fantastic”which caused excitement and applause from the audience. “The ‘Indiana Jones’ movies are about fantasy and mystery, but also about the heart. We have a truly human story to tell, as well as a movie that will kick your ass”Ford continued through tears. In addition, he clarified that this will be the last time he will play Jones: “This is it! I will never fall in love with you again”he said between jokes.

‘Indiana Jones 5’ will hit theaters on June 30, 2023, so we still have a few months to wait. However, you can go remembering all his films while you wait for the premiere, You have the entire saga on the HBO Max platform. In addition, we will also see Quan again next summer, with the premiere of the second season of ‘Loki’ on Disney +.