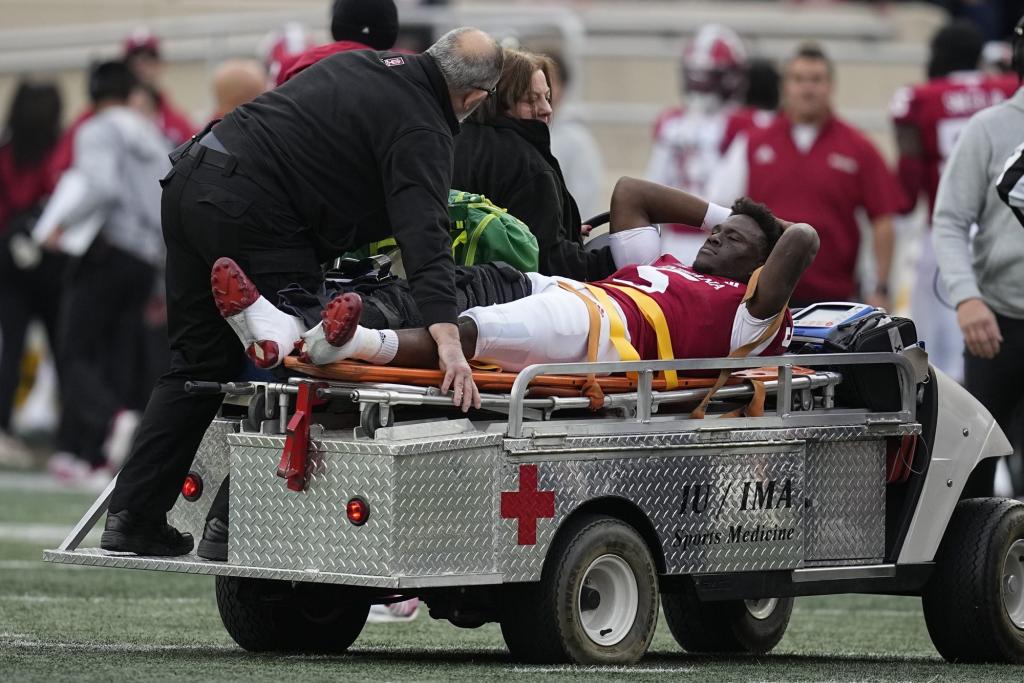 BLOOMINGTON, Ind. –Indiana quarterback Dexter Williams II was airlifted off the field and taken to hospital on Saturday after sustaining a serious right knee injury in the Hoosiers’ 30-16 loss to Purdue.

Coach Tom Allen did not provide lots of detailsclaiming that the Hoosiers were still awaiting information on the diagnosis.

“It was a devastating loss,” Allen said. “I can’t put it into words but it’s part of the game. They need further assessment so this is the last update I received. It’s the knee, but it’s not an ACL, I know that. But it is obviously serious.

Williams was hurt with 46 seconds left in the first quarter when he tried to plant and throw. He immediately fell to the ground with no one around him.

Teammates huddled together and some Purdue players knelt as coaches placed an air jet around Williams’ leg and strapped him onto a stretcher. Some of Williams’ family were also on the court, and Purdue coach Jeff Brohm said he was unhappy to see Williams injured.

Williams, a redshirt sophomore from Macon, Georgia, was making his second straight start after replacing Connor Bazelak. Bazelak finished the game, throwing for 201 yards, an interception that was returned for TD, and a touchdown pass on the final play.