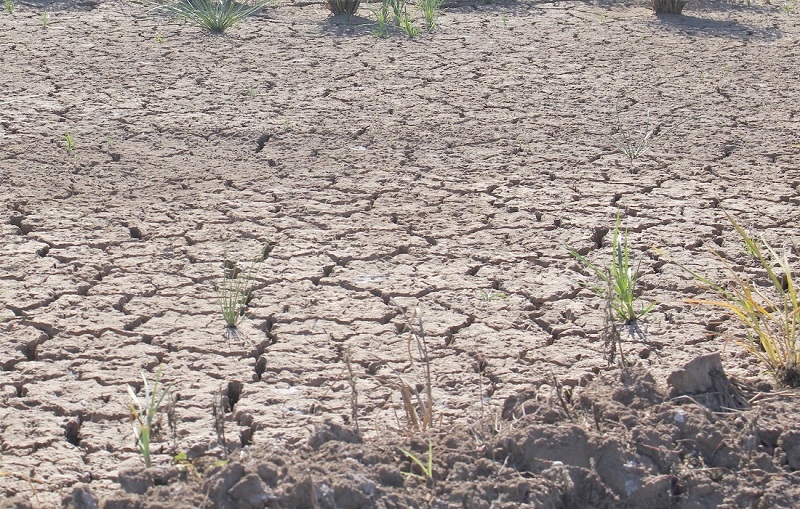 Technology generated by researchers from the Instituto de Investigaciones Agropecuarias, INIA, will allow regional authorities in central and south-central Chile to know the condition of the vegetation three months in advance, to make decisions regarding the needs for agricultural aid, mainly in case of droughts. Instrument will be a scientific precedent to consider, for the formulation of alert plans and as early action in the face of agricultural drought.
Information of great relevance for national agriculture and the forestry sector of the central south of the country will be presented to the community in the context of an international seminar scheduled for Wednesday, January 11, at INIA Quilamapu, in Chillán. The tool developed will help identify climate risk conditions, specifically in the event of a possible agricultural drought.
The activity will begin with a talk “Agricultural drought prediction: a tool for climate risk management”, by INIA researcher Marcel Fuentes. In this regard, the specialist explained that it is possible to generate an agricultural drought forecast three months in advance, time that can be used to take preventive measures that can mitigate the effects.
“Drought is a natural threat that represents a constant risk for most producers,” he mentioned, specifying that the familiar drought should not be confused with agricultural drought. The latter is defined as a prolonged period during which there is a lack of rain that prevents meeting the irrigation needs of plants, which can have serious consequences for crops and cause significant economic losses for farmers.
In this sense, the researcher maintained that the most serious drought registered in the country took place between 1967 and 1969, affecting from Atacama to Ñuble, with economic losses of around one billion dollars and unemployment of 430,000 agricultural workers. “The agricultural drought condition is a serious condition, which affects many people in the world with catastrophic consequences,” he emphasized.
The researcher, who is also director of the agricultural drought prediction project and in charge of climate risk at INIA Quilamapu, highlighted that climate change and its consequences are highly relevant at a global level, which was demonstrated by the creation, in 1988, of of an Intergovernmental Group of Experts on Climate Change, with the purpose of providing world authorities with periodic scientific evaluations on climate change, its implications and possible future risks, as well as possible adaptation and mitigation options.
Regarding the national reality, Marcel Fuentes pointed out that INIA has assumed the performance of satellite monitoring of vegetation and agricultural drought, providing relevant information to the authorities, for the declaration of areas in agricultural emergency. “Despite the success of the satellite monitoring product, it is crucial to anticipate the future impacts of the drought, through a forecast to help the authorities in planning and optimizing the distribution of economic resources and better management of water from irrigation,” he emphasized.
The presentation by the INIA specialist will be followed by presentations by the international adviser Antonio Yaksic, who will refer to the “National System for the Management of Agroclimatic Risk and Agricultural Emergencies”. After him, Luis Morales, director of the Environmental Sciences Research Laboratory, will present “Experiences and perspectives on the use of remote sensing in the study of water resources”, ending the day Estefanía Puricelli, co-director of markets and trade, Department of Geographic Sciences from the University of Maryland, and Lead Economist for NASA’s Crop Program.
The international seminar “Agricultural drought prediction: a new tool for climate risk management in agriculture” can be followed digitally, by registering at https://bit.ly/3ImQe85.