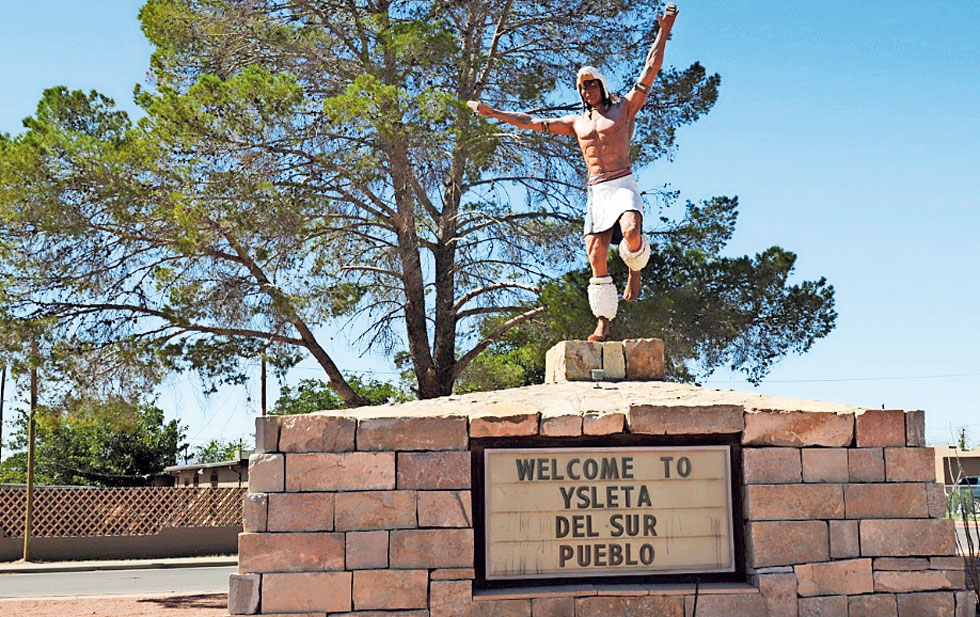 The United States House of Representatives approved on Wednesday the Law of Equality and Fair Opportunities of the Ysleta del Sur Pueblo and Alabama-Coushatta Tribes of Texas (HR 2208), which was proposed by the Democratic congresswoman for El Paso Verónica Escobar, transcended.

This legislation, supported by members of both parties in the House of Representatives, such as Republican Tony Gonzales, seeks to “provide Native American communities with a fundamental economic lifeline.”

“If approved by the Senate, it would offer an opportunity to recover from the economic and health crisis of the coronavirus,” said the office of Congresswoman Escobar through a statement.

“I am proud to have passed this bipartisan legislation that is fundamentally aimed at creating parity and equity for two tribes, the Ysleta del Sur Pueblo and Alabama-Coushatta tribes of Texas, who have been treated differently from all other tribes since the enactment of the Indian Nations Gaming Regulatory Law in 1988, ”said Congresswoman Escobar.

“The Ysleta del Sur Pueblo and Alabama-Coushatta tribes are the only two tribes in the entire country that have been banned from class II gaming and denied economic opportunities that would allow them to succeed, support job creation. and generate income to help finance infrastructure, ”signed the former El Paso County judge.

For decades, the Tiguas have fought to be allowed to play games of chance in their facilities, however, the Speaking Rock Casino has been closed on various occasions by federal and state authorities, being at the time one of the great sources of income for this tribe.

“It is an honor for me to support this bill, as it will allow the Tigua people not only to recover and rebuild from the pandemic, but also to grow and expand their economy,” said Republican Congressman Tony Gonzales, whose district, Texas 23 includes eastern El Paso County.

More than three decades ago, both the Tiguas and the Alabama-Coushatta, a small tribe in East Texas, were prohibited from hosting gambling on their premises as a condition of becoming federally recognized tribes.

At the time, Texas only allowed charity bingo. While the state soon legalized other forms of gambling, including para-mutual gambling and a state lottery, it has at the same time aggressively fought the efforts of the two tribes to operate casinos.

The State sued the Tiguas in 1999 after the tribe opened the “Speaking Rock Casino,” and since then lengthy litigation has developed intermittently between the State of Texas and the tribe.

It was in March 2015 when State Senator José Rodríguez and Representative Senfronia Thompson introduced amendments SJR 51 and HJR 129, which propose to authorize these sweepstakes on tribal lands.

These amendments highlight the inequity that exists towards the Alabama-Coushatta and Tigua tribes, which were recognized by the Government in 1987, since unlike them, since 1993 the Kikapú tribe of Texas has not had any type of prohibition to offer this type of games.

However, in June 2016 Judge Cardone issued a ruling that prohibits Tiguas from playing class II games of chance, which include bingo and card games where it is not played against the house, and slot machines.

However, the federal bill approved by Congress, and waiting to be voted on by the Senate to reach President Biden’s desk, would have greater legal power than state legislation.

“I thank Representatives Escobar and Gonzales for their leadership in introducing this critically important bill, which will provide us with true tribal sovereignty and the ability to better care for our people, especially our elders and children,” said the Governor of the tiguas, Michael Silvas.

“The Alabama-Coushatta Tribe of Texas thanks Congresswoman Escobar for providing the leadership we need to provide equity to our tribal citizens and economic opportunity for our fellow Texans,” said Nita Battise, president of the Alabama Tribal Council. -Coushatta from Texas.

The Equality and Fair Opportunities Act of the Ysleta del Sur Pueblo and Alabama-Coushatta Tribes of Texas (HR 2208) seeks precisely the parity of treatment that at this time only the Kickapoo tribe has enjoyed since 1996, without any interference from the Government of Texas.

“I look forward to continuing to advocate to ensure that this legislation reaches the president’s desk for signature and ultimately grant tribes the rights and opportunities that have been denied them for too long,” said Congresswoman Escobar.

The bipartisan legislation (HR-2208) was introduced on March 26, 2021 by Congresswoman Escobar, along with Congresswoman Gonzales.