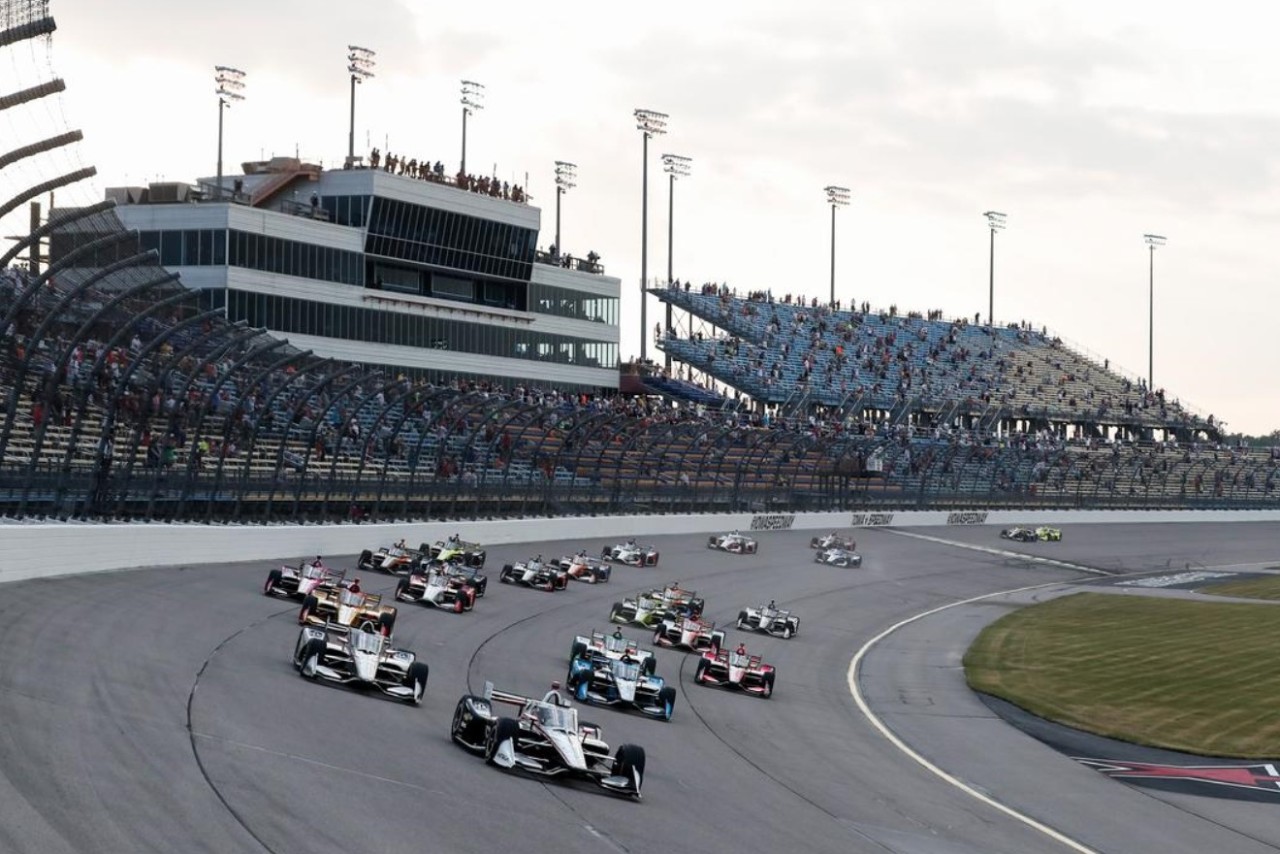 After four consecutive races on permanent or urban circuits, the IndyCar Series he enters the ovals again, and he does it with a double delivery in the small ‘bullring’ of Iowa, which will host two races this weekend after being absent in 2021. All this, thanks to a joint initiative between Penske Corp, owner of the category, and the regional supermarket chain Hyvee, one of the most active sponsors of the grid in the Rahal Letterman Lanigan Racing team. Both parties have been in charge of co-promoting the event as a great festival of races and music, in the style of the Indy 500 or the Formula 1 Grand Prixand for which it is very close to hanging the ‘no tickets’ sign with nearly 100,000 spectators expected throughout the weekend.

All this has allowed revive a test that was close to disappearing permanently. The effects of the pandemic, the loss of sponsorship for the IndyCar race and the multiple losses it recorded led NASCAR (owner of the oval) to put it up for sale and cancel its planned tests in 2020. IndyCar proceeded to rent the oval that year to celebrate a double event that would make up the calendar, and in this 2022 it repeats that formula with much more solidity and a great commercial partner with which to aspire to protect one of the best venues in terms of competitive quality.

With a length of just 1,438 meters (the equivalent of 7/8 of a mile), Iowa is the shortest oval on the calendar, and the third smallest in IndyCar history, second only to the Canadian Sanair Super Speedway (1984-86, 1,329 meters) and Richmond Speedway (2001-09, 1,207 meters). His laps of just 18 seconds go by in a sigh, but they are far from easy, since the pilots face a very bumpy track with 10 degrees of banking at the finish, 14 in the corners, and lateral forces of almost 6G, all this at an average speed close to 300 kilometers per hour. Even so, his races are usually remarkably entertaining, with multiple variables throughout it, and even in each stint.

Located near the town of Des Moines, Iowa was the last oval in American professional motorsports to be built from scratch., being inaugurated in 2007 before the great economic crisis. Until 2015, Andretti Autosport was the great dominator of the event, winning six races out of eight, three of them signed by Ryan Hunter-Reay. Since then, Team Penske has ousted them by winning four of the last five races, including the one in 2019 and the two in 2020. At the head of that domain is Josef Newgardenwho in this team has added two more wins to the one achieved in 2017 with Ed Carpenter Racing, and who in the last seven races at Iowa has led 65% of laps (1,150 of 1,750)without ever falling out of the top 6 in the final result.

Precisely, Carpenter had always been the great alternative on this oval, and although they had a poor performance in the 2020 edition with the Aeroscreen, their last test on this track promises a total change. The focus will also be on McLaren SPa stronger figure on ovals in recent years and whose predecessor team also had a good hand on this oval (James Hinchcliffe won as a driver for Schmidt in 2018), or in the Rahal team with two podiums and three top 5 finishes in the last five races at Iowa, and coming into their main sponsor’s flagship event on the momentum of their best weekend of 2022 at Toronto.

Those who look suspiciously at this weekend are the members of Chip Ganassi Racingwho suffered greatly in the June test and whose team has not won Iowa since 2009. In fact, Scott Dixon he has never won here, although he did finish second in 2019 and the first race of 2020. The Toronto winner will intend to put his experience to good use against a Marcus Ericsson which was the best of the team in the test. His leadership in the general classification also has the threat, still distant, of an Álex Palou willing to remove the bittersweet feeling of last weekend with a good result that calms the waters of his stormy future.

The first race will be contested over 250 laps, as in the 2020 double event, but the second will be at 300 lapsthe usual distance since 2014. In addition, there will only be a qualifying session, using the same format that was used successfully in the 2020 edition and in other ovals such as Texas or Gateway when needed. Each driver will go out on the track alone, in reverse order of the points obtained by his car during the season, and will complete two timed laps. His first lap will determine his position on the starting grid for Saturday’s race, and his second will dictate the same for Sunday’s grid.

That yes, unlike what happened two years ago and to give more margin to the teams, both races will be daytime. This will allow European spectators to watch the event at a few more digestible hours, but it will be an ordeal for pilots and spectators in terms of temperatures, especially on Saturday with expected maximums of up to 36ºC. Iowa will have the largest grid in its short history with 26 cars, one more than in Toronto due to the presence of Ed Carpenter in the third car of his team, although there will be no 27th machine as the sponsorship problems of the third car have not been resolved. de Foyt, which JR Hildebrand would have flown under normal conditions.

FREE ISSUANCE AND CLASSIFICATION IN staylive.io/indycar
BROADCASTING OF THE RACE ON Movistar+ Deportes (Spain)