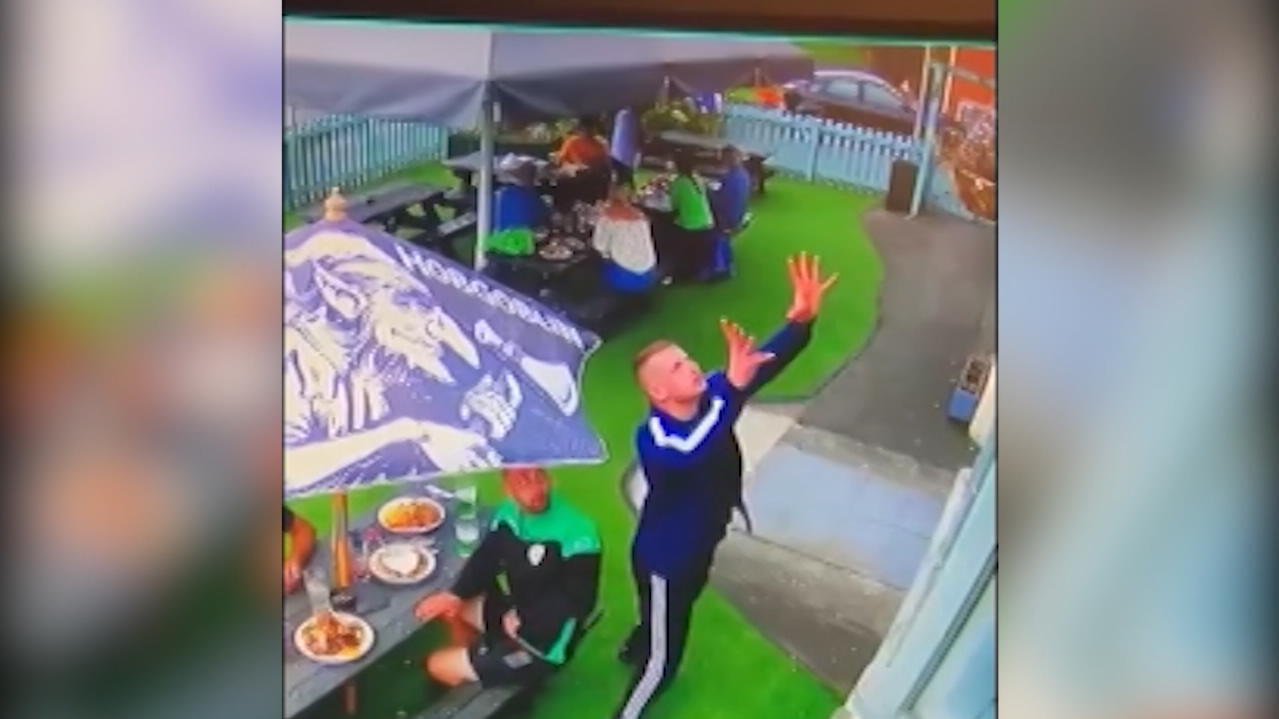 Sunday afternoon in tranquil Kingswinford, near the English city of Birmingham: Adam Russell is having dinner with friends from his football team in the Mount Pleasant Pub and sees an accident looming. On the upper floor of the house, a dog had gotten through the window onto the roof and was in danger of falling. You can see the moment in which Adam becomes the animal savior in the video.

After the dramatic event, everything will be fine: the dog, which was previously found without a owner, remains unharmed and a short time later it is also reunited with its owners. (jdr)