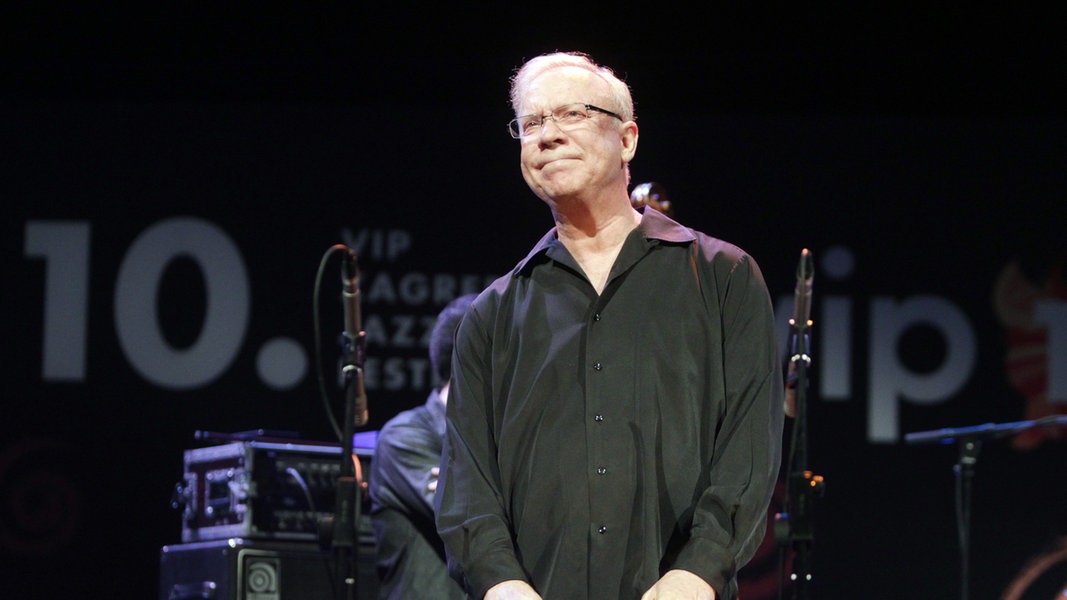 A broadcast by Sarah Seidel

He was only 18 when he recorded his debut album “New Vibe Man In Town” for the RCA label in 1961: Gary Burton was “the new vibraphone man” in New York at the time. With his four-beater technique, his perfect pitch and his brilliance as a player, the musician, who was born in Anderson, Indiana, in 1943, caused a sensation in the jazz scene.

He was one of the first to fuse jazz with rock and jazz with country music in the 1960s. Between 1971 and 2004, Gary Burton was a faculty member at Berklee College Of Music in Boston, a talent factory for jazz musicians, of which he later became dean. In 1963 he was a member of pianist George Shearing’s band and played with Stan Getz the following year – during the phase when the bossa nova wave had swept over America and the saxophonist was touring successfully with Astrud Gilberto.

In 1967, Gary Burton formed his own quartet with bassist Steve Swallow, guitarist Larry Coryell and drummer Roy Haynes. A band that occasionally featured guitarists such as Pat Metheny and John Scofield.

Gary Burton had a special musical relationship with the pianist Chick Corea. The two played together as a duo for 40 years and won a total of six Grammys with the albums they recorded together.

The freelance photographer Arne Reimer is particularly interested in the interface between music and photography. more

In 2017, Gary Burton gave up his almost 60-year career for health reasons, and in the same year he completed his farewell tour with the Japanese pianist Makoto Ozone. As early as 2015, Arne Reimer was at Gary Burton’s house in Fort Lauderdale, Florida, and spoke to him about the history of his instrument, the development of playing the vibraphone and his long career.

“Play jazz!” and “Round Midnight” provide well-founded insights into the current jazz scene and into the history of jazz. more

Got to bed early and missed our show? You can listen to our programs here. more

Photographer Arne Reimer visited the “heroes of jazz history”. Once a month he talks about the intensive encounters. more

“Round Midnight” is the program for background stories, portraits and talks with young talents and jazz legends. more