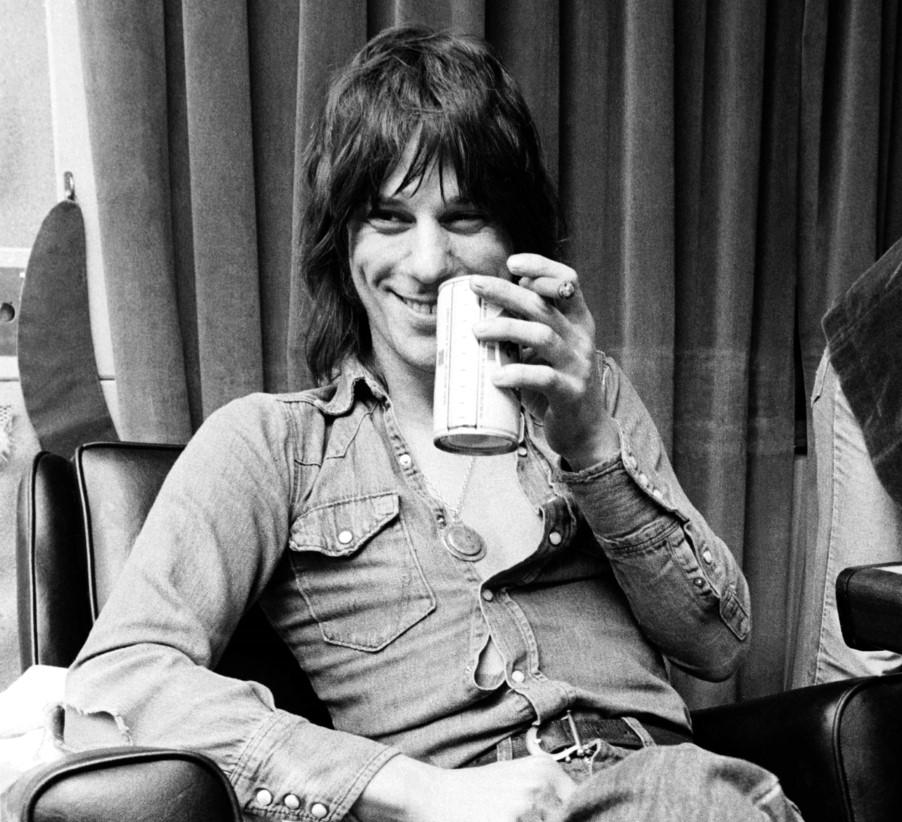 Died at the age of 78 following bacterial meningitis, the British guitarist redefined the contours of the practice of rock. From psychedelia to hard rock, a look back at a life made up of revolutions and missed appointments.

A few weeks after the disappearance of the epileptic ex-gunner of Dr. Feelgood, Wilko Johnson, it is to another guitar hero that we must pay tribute to today, Jeff Beck, who has just succumbed to meningitis at the age of 78. Above all, not to be confused with Beck (Hansen), as it is true that the pop leprechaun from California has inadvertently arrogated the primacy of the surname, especially with an audience for whom the 1960s are synonymous with prehistory and the virtuosos of the electric scraper of entities worthy of being stored in the caves of Lascaux.

This is one of the many inconsistencies of a destiny, or perhaps the consequence of a reputedly devious character, which means that the one his peers consider to be the most gifted of their generation can ultimately only bathe in in a light made indecisive by the brilliance of fame monopolized by others. This is how, at the end of any survey carried out on the sidewalk, in the hierarchy of guitarists who contributed to writing the great legend of English rock, Jeff Beck will inevitably find himself behind the Keith Richards, Pete Townshend , Eric Clapton, Jimmy Page and others Ritchie Blackmore. When it comes to talent, audacity and inventiveness, he always puts his race on them. Hands up!

Rock without the glitter

In prehistoric times (the 1960s and 1970s), when the walls of the bedroom of an ordinary teenager – that is to say, having escaped the austerity of a Catholic boarding school dormitory – were necessarily covered with posters, the photo of all the aforementioned musicians had the honor of being pinned between those of naked girls torn from the central notebook of His or of Playboy. But rarely Jeff Beck. Yet with his flint profile, helm of straight hair, pendant crucifixes and taste for leather, he ticked all the boxes for the right rock look. But then, for a long time, rock had little to do with music. But Jeff Beck is a bit like Thelonious Monk in jazz, Glenn Gould in classical or Maurice Merleau-Ponty in philosophy, he’s serious, incorruptible. Who inspires respect, not necessarily adulation. If not in the elitist circle of those who do exactly the same thing: music.

For Jeff, it all started in Wallington, Surrey, where he was born on June 24, 1944. Not necessarily auspiciously either. At 8 years old, his mother subjects him to two hours of piano daily. Then gives up when his son, rather than doing his scales on The Letter to Elise, prefers to tear off the black keys of the instrument which he considers “cumbersome”. Other attempts, on the cello, on the violin, will follow, just as inconclusive. Then in the middle of the antediluvian 1950s, a sound from across the Atlantic persisted in overheating the circuits of the galena stations that were enthroned in the living room of British interiors.

Jeff’s ear is particularly alerted by the one produced by a certain Cliff Gallup, the guitarist of the Blue Caps, the group of bad boy Gene Vincent, in Be-Bop-A-Sleep. A kind of stridulation charged with desire and full of innocence, which does not just cross him from side to side but squarely draws a line of life for him. Other demiurges stir the embers of this first excitement: Hank Marvin of the Shadows and James Burton (guitarist of Ricky Nelson) in particular. When he is offered his first real guitar, Jeff has already forged a solid technique with the one made by hand in his bedroom, which he amplifies by plugging it into the family radio. This is an essential point: Beck belongs to the race of genius handymen (he will prove it by indulging in his other passion, racing cars, which he assembles and disassembles in his garage).

This attraction for innovation, even more for the unheard of, will focus on sound, inspired by the technological discoveries of guitarist Les Paul who, before giving his name to one of the most famous instruments in the world, will have considerably widened the possibilities of resonance. So Les Paul is a little to Jeff Beck and Jimi Hendrix what Yuri Gagarin is to Neil Armstrong and Buzz Aldrin of the Apollo 11 lunar mission: a pioneer in a space conquest whose rocket is this guitar elected queen of a sabbath where a whole generation will be trained. De facto, the she-devil will soon be subjected to the pyrotechnic fantasies of a few wizards who, with the help of special effects (pedals, compressors, vibratos, phasers, harmonizers, etc.), will explode its limits to the point of making it more than a simple instrument, a symbol, a powerful sound beacon illuminating all the music of the end of the XXe century, raising its best servants to the rank of what will be called guitar heroes.

This almost Promethean role, Jeff Beck will fully assume, musically at least. First with a first group, The Tridents. But especially with the Yardbirds, which he joined in 1965, after Clapton left for John Mayall’s Bluesbreakers. With the Yardbirds, he helps to tear open the Pandora’s box of the sixties. Heart Full of Soul, Shapes of Things, Over Under Sideways Down, Happening Ten Years Time Ago, the list is long of hits due in large part to his incandescent playing. Everything is there: from the first frolics of psychedelia to the inaugural kicks of heavy metal, from the languor of a deconstructed urban blues to the sophisticated baroque of pop. This Beck, savage, pyromaniac, futurist, demiurgic, will be immortalized in an anthology scene of the Blow-Up d’Antonioni, where the group performs Stroll On before the guitarist freaks out. An access of self-destruction which prefigures the scuttling of the American tour which will follow, however heralding a colossal success.

Two versions coexist to explain hara-kiri. 1: he would have joined his girlfriend and consequently meat a concert. 2: He broke down in the middle of Kansas because the air conditioning in his hotel room broke down. Third hypothesis, verifiable as dry: Beck may be an incendiary, a real living torch, his taste for the limelight is nonetheless limited. So, after the Yardbirds and a few solo attempts (Hi Ho Silver Lining, the only exception where he takes on the vocals on his own), he founds a new group made up of patches: a certain Rod Stewart on vocals, a certain Ron Wood on rhythm, a certain Nicky Hopkins on keyboards. In short, a supergroup who ignores himself but still records two fabulous albums, Beck-Ola et Truth. Who card. Especially in the United States. To the point of interest in 1969 the organizers of a festival planned in the vicinity of New York. And there, Beck says no. He wants more, wants a change of air, music, musicians. What he has just laid the foundations for with the Jeff Beck Group – hard rock – he has already had enough of. Lack of luck, or lack of judgment, the festival in question is called Woodstock, brings together half a million ecstatic baba cools in the mud and makes immortal musicians much less exciting (Alvin Lee of Ten Years After).

After bad decisions will come bad luck. His serious accident aboard one of his racing cars. Above all, his missed appointment with success. In the early 1970s, he played utilities in the studios. This leads him to record with Stevie Wonder, who in exchange for his services promises him the exclusivity of a song. It will be Superstition, which Beck canned with a new trio, Beck, Bogert & Appice. It was then that Wonder changed his mind and decided to include it on his new album. Talking Book. The title becomes a planetary hit and Beck’s version is forgotten. Bad luck.

Conscientiously, stoically, stubbornly, he continued his work, turning sometimes to jazz with Blow by Blow (produced by George Martin in 1975) or returning to the roots of rock’n’roll on Crazy Legs (1993), where he pays homage to his childhood idol Cliff Gallup. Jeff will also have been the VIP guest of the albums of prestigious congeners, as on She’s The Boss of Mick Jagger (who wanted to hire him in the Stones following the departure of Mick Taylor before choosing Ron Wood, bad luck again), Ozzy Osbourne or Roger Waters. Last year, he released an ultimate testimony to the incredible finesse of his technique, the inexhaustible sensitivity of an unparalleled game, an album 18 recorded with his friend and most fervent fan: Johnny Depp. Beck said of his music: “I play orgasm music.” He will have made us enjoy.