The US low-cost airline JetBlue Airways received the first of 70 firmly ordered Airbus A220-300s at its plant in Mobile, Alabama, on December 31, 2020. The aircraft type replaces the Embraer 190 at the airline, of which JetBlue operates 60 copies. The airline initially ordered 60 units in July 2018 and later increased this order by ten A220-300s.

According to JetBlue, the direct operating costs per seat are around 30 percent below those of the current E190. The maintenance costs should also be up to 40 percent below those of the Brazilian aircraft in use today. Due to the low fuel consumption and the long range of up to 3,500 nautical miles (6,482 kilometers), the aircraft type can serve all current routes, but also open up new transcontinental routes and thus increase the daily service life of the fleet, according to the airline.

A JetBlue crew transported the airline’s first A220-300 – registration number N3008J – from Mobile to New York’s John F. Kennedy Airport on New Year’s Eve, where the aircraft landed around 7.30 p.m. local time. The airline is still largely silent about the cabin of the model. It only revealed that the cabin will be just as impressive as the flight performance of the A220. The passenger seats should be wider, there will be more legroom in economy class and passengers can look forward to free internet on board. The airline plans to reveal details of the cabin design and equipment later this month.

Robin Hayes, Chief Executive Officer of JetBlue Airways, said at the handover of the aircraft: “The A220 is a next generation aircraft that our customers and crews will love. It offers impressive reach and economy that supports our financial and operational priorities, and allows us greater flexibility in network planning. As we continue to develop our fleet for the future, the significant reduction in emissions per seat of the A220 supports our ongoing commitment to carbon neutrality for all of our domestic flights and brings us closer to our goal of zero carbon emissions in all flight operations by 2040. “

Safran is cooperating with Abu Dhabi in the development of biofuel 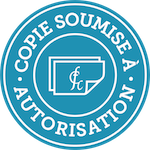