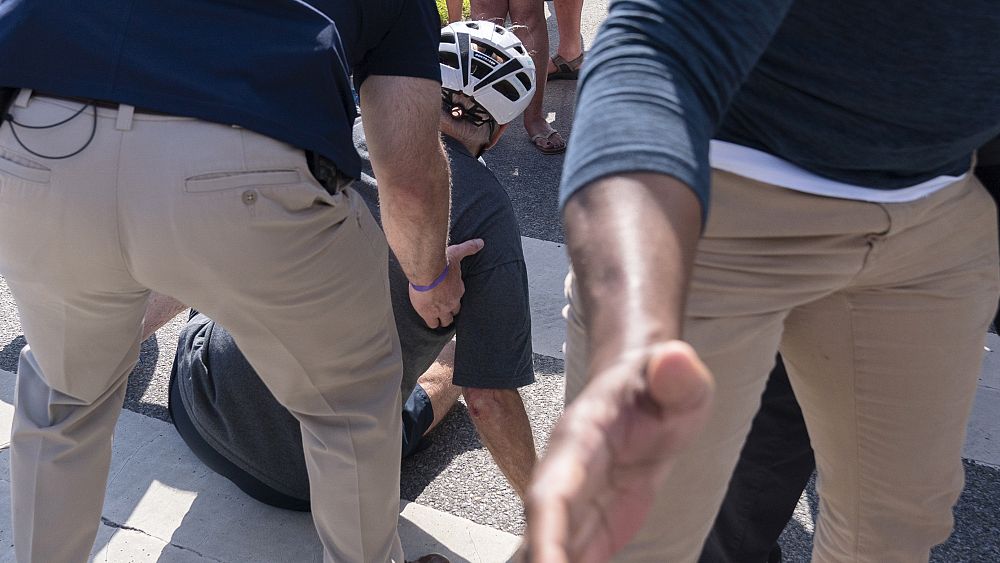 The president of the United States, Joe Biden, fell to the ground this Saturday during a bike ride near the beach in the state of Delaware, where he is spending the weekend with his wife, Jill Biden.

The 79-year-old president lost his balance when he stopped to greet several neighbors, but members of the Secret Service quickly helped him to his feet.

“I’m fine,” the Democratic leader responded to the press, explaining that he fell because a shoe got caught in the pedal.

After the fall, the White House reported that Biden did not require a medical review.

“As the president said, his foot got caught in the pedal while getting off the bike and he is fine. He does not need medical attention. The president will spend the rest of the day with his family,” an official told reporters.

The mishap occurred during a morning bike ride that Biden took with his wife, dressed in sportswear, helmet and gloves, in Rehoboth Beach (Delaware), where he spends the weekend, taking advantage of the fact that Monday is a holiday in the United States.

Questioned about other issues, he stated that he is studying a possible reduction in tariffs on China and that “soon” he will speak with his counterpart from the Asian giant, Xi Jinping.

He also said he was “happy” with the agreement of a group of Democratic and Republican senators to push through a bill with some gun control measures.

In March of last year, Biden tripped three times while climbing the stairs of the presidential plane, Air Force One, but the White House played down the matter.

See Also:  Breakthrough technology to remove 99% of carbon dioxide from the air