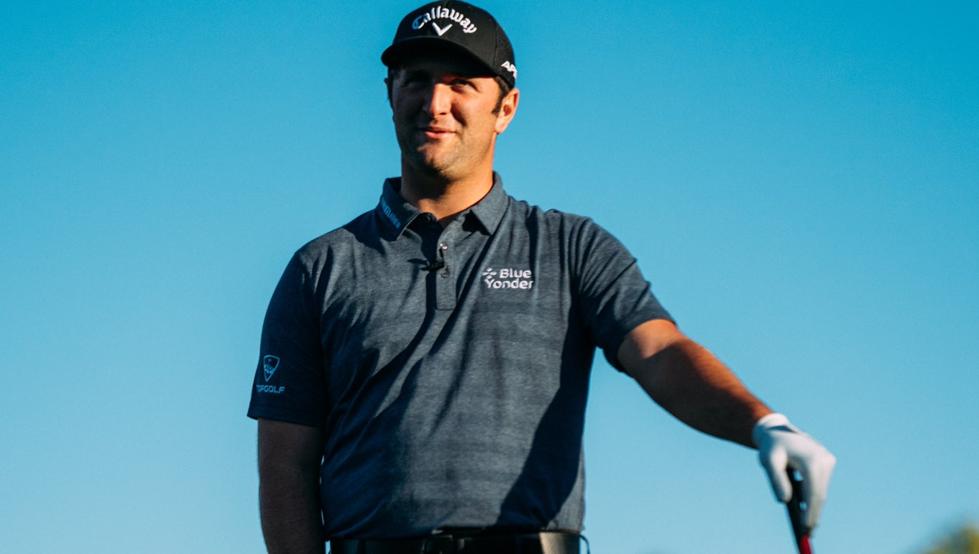 Important news that the Callaway Golf brand announced this Monday: it has signed the world number two for several years Jon Rahm. The Basque will play with the bag and all the clubs Callawayas well as the ball Chrome Soft X and the putter Odyssey.

Rahm has been working with Callaway for days to mark the specifications of each of his new clubs and will make his debut with the new material at the Champions Tournament that starts this Thursday in Kapalua, on the Hawaiian island of Maui.

In his blog of the Basque Golf Federation, Rahm has said that his new clubs have given their first good results, since he signed a card of 59 hits!, field record of the Silverleaf Club, where he usually trains, in Scottsdale (Arizona).

“I am very happy to join Callaway, and I am looking forward to starting the season. The new team is already working very well for me. On my first lap with the new material setup I hit 59 shots at Silverleaf. I am confident in my new clubs and especially in the ball, which has really impressed me during the testing process ”, writes the Barrika.

Rahm already used Callaway and Odyssey clubs in his college days at Arizona State University. Jon leaves TaylorMade, the brand to which he has been faithful since he turned professional in mid-2016. Callaway, who has been behind the Spanish golfer for a long time, has put an irrefutable offer on Rahm’s table, aware that he had to renew with his previous brand. Its new material supplier has also made it the flagship of the brand in Europe and its main supporter throughout the world.

“The Callaway engineers have done an exceptional job. With irons and wedges I have felt super comfortable from the first minute, almost as if I was with my clubs from recent years. I am also very happy with the ball. What I have seen so far is very good. It may take a little adaptation period, but the reality is that from the beginning I have had very good feelings. I’ve never had a big problem adapting to a different material. With the woods and the driver I may need some more leeway to adapt. I have worked a lot and I am convinced that they will work very well, but traditionally it is what costs the most. On the other hand, it’s a part of the game where I’ve always been very consistent, so I’m sure it’s going to go well, “adds Rahm on his blog.

Barrika’s concludes elegantly: “I don’t want to say goodbye without thanking TaylorMade and Adidas for their support and trust over the past five years. Looking forward to the competition starting now. Happy New Year to everyone!”.

And it is that Rahm has also changed the brand in his sportswear. Let Adidas, with whom he has worked the same time as TaylorMade and signs for Travis Mathew, a brand that has not been in golf for too long and that seeks to take a step forward in its implementation with the signing of the Spanish golfer.