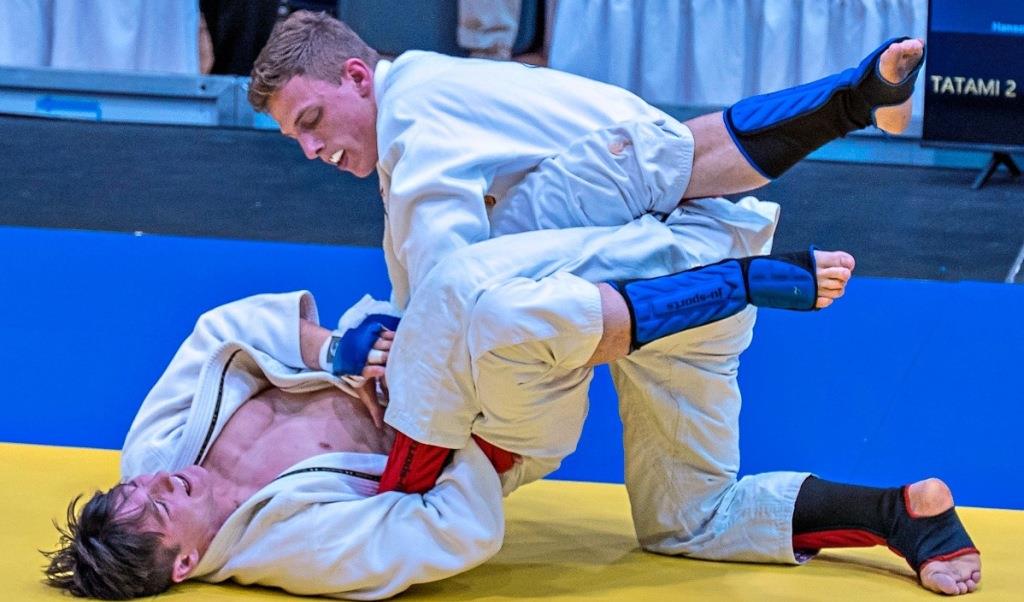 At the World Games in Birmingham in the US state of Alabama, the second largest multisport event after the Olympic Games, Team Germany was the most successful nation. In Ju-Jitsu, Simon Attenberger from SV Gendorf Burgkirchen excelled, triumphing in the category Fighting Men up to 77kg, following in the footsteps of his sister Theresa Attenberger and his trainer Andreas Merian (formerly Knebl). Both had won gold and silver at the World Games 2017 in Wroclaw.

At the World Games, the top four in the world rankings start in Ju-Jutsu. Two more places will be wildcarded to athletes representing smaller countries. Since 2019, Simon Attenberger had moved up to world ranking position 1 with two Grand Slam victories, two 3rd places at European Championships and gold and bronze at World Championships. The 23-year-old is in his fourth semester studying mathematics and physics to become a teacher and has taken a semester off to prepare. As a result, he was completely free to concentrate on his biggest competition to date. During the week, the chancellor completed strength and endurance training as well as ju-jutsu units in Bamberg and Herzogenaurach as well as judo units at TV Erlangen. Special training sessions with the federal or state squad were on the schedule almost every weekend. With national coach Steffen Heckele, his coaches Andreas Merian and Thomas Freitag, Attenberger analyzed the opponents very carefully and worked out a strategic plan.

The 2021 world champion moved convincingly into the next round with the first win against the Mexican Ruis Angel Ochoa. He particularly liked his compelling Part1 and strong throws from the transition. The second encounter went to Oberbayern without a fight, since the Uzbek Bakhromjon Mashrapov did not show up for the weigh-in. In the semi-finals, Attenberger then met the World Games winner from 2017 up to 69 kg, Boy Vogelsang from the Netherlands – and clearly prevailed on points in an exciting fight. Above all, his tactics worked in the first part (= hitting) and he was able to score successfully again and again. A nice throw from the transition made his victory perfect.

In the final, Lukas Anderson was waiting for the SVGB’s flagship athlete, who only had to find his way in a duel against the tall Dane. A gap had to be made up before he slowly pushed past on points. An ippon in Part1 was followed by another on the floor using a lever technique. Finally, the holder of the 2nd Dan managed to throw an ippon, which allowed him to decide the game early.

A day later, Attenberger received the silver plaque with the team as an encore. First, the Germans had two byes, as the United Arab Emirates and Thailand were unable to compete due to many injuries. This put Attenberger and Co. in the final, where they were beaten by France 2:3. One point fell to the DJJV without a fight in the duo competition, and Attenberger took the second. The 23-year-old clearly defeated the highly decorated Percy Kunsa, whom he had already defeated in the 2021 World Cup final.