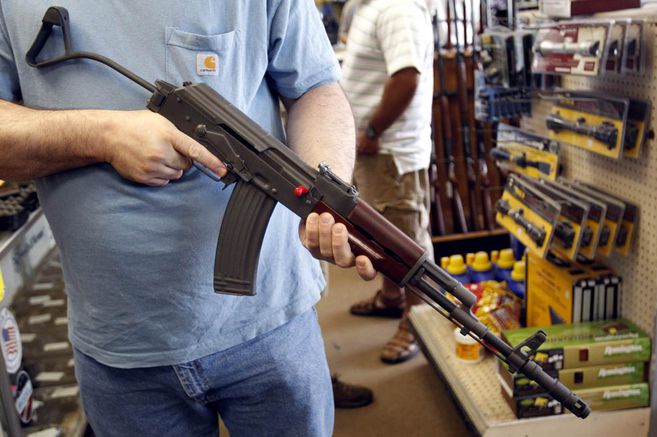 Roger Benitez, a federal district judge in California, struck down a more than three-decade-long ban on assault weapons in the state, which would allow the circulation of rifles, shotguns and assault pistols.

According to the FBI, this type of weapon is the most used in mass shootings in modern history. In the massacres in Parkland, Aurora, Las Vegas, Pulse nightclub in Orlando, and Sandy Hook Elementary School in Connecticut, the shooter selected an AR-15 rifle to perpetuate the attack.

California State Governor Gavin Newsom criticized the judge’s decision, calling it a “direct threat to public safety and the lives of innocent Californians.”

Overturning CA’s assault weapon ban and comparing an AR-15 to a SWISS ARMY KNIFE is a disgusting slap in the face to those who have lost loved ones to gun violence.

This is a direct threat to public safety and innocent Californians. We won’t stand for it. https://t.co/feL5BABTXa

Judge Benitez argued that the AR-15 rifle is a “perfect combination of a domestic defense weapon, good for both home and battle” and compared it to a Swiss army knife. That comparison angered Governor Newsom and gun critics in the state and nation.

“My daughter is in a cemetery for an AR-15 rifle, not because a Swiss army knife was used. If a Swiss army knife were used (in an attack), my daughter and most of those other children would be alive, ”said Fred Guttenberg, a firearms activist and father of one of the girls killed in the shooting of Stoneman Douglas High School in 2018, to CNN.

See Also:  How is gasoline today May 20 in California? | Tijuana News

You may be interested in: Why won’t Biden be able to control the carrying of weapons?

Guttenberg also said Judge Benitez had used gun lobby language when writing his opinion to overturn the ban on firearms. Since 1989, California had banned assault rifles in the state, although they have been used in several mass shootings.

“This case is not about extraordinary weapons that are at the outer limits of Second Amendment protection. The prohibited assault weapons are not bazookas, howitzers and machine guns. These weapons are dangerous and only useful for military purposes ”, justified Benítez.

An estimated 185,669 assault weapons are registered in the state of California, according to the document drawn up by the judge himself. While gun critics lament the decision, and announce that they will appeal the judge’s opinion, Second Amendment advocates are celebrating the “restoration” of their right to bear arms across the country.

You may be interested in: Shootings in the United States: the duel over gun violence

“Judge Benitez highlighted what all gun owners know: These kinds of restrictive gun laws do not make anyone safer or violate the rights of law-abiding Americans. We look forward to the positive impact this ruling will have on current and future Second Amendment cases, ”said NRA spokesman Lars Dalseide.

For now, the assault weapons ban will be suspended for 30 days, during which time the state attorney general, Rob Bonta, can appeal and request a suspension to the Court of Appeals. Bonta said that “there is no solid basis in the law, the facts or the common sense to equate the profiles with the razors” and that he will appeal immediately.

Benítez’s decision, it should be noted, occurs on Armed Violence Awareness Day and just days after two mass shootings occurred in the state. The coronavirus pandemic triggered gun purchases across the country, according to FBI data, as well as gun violence.