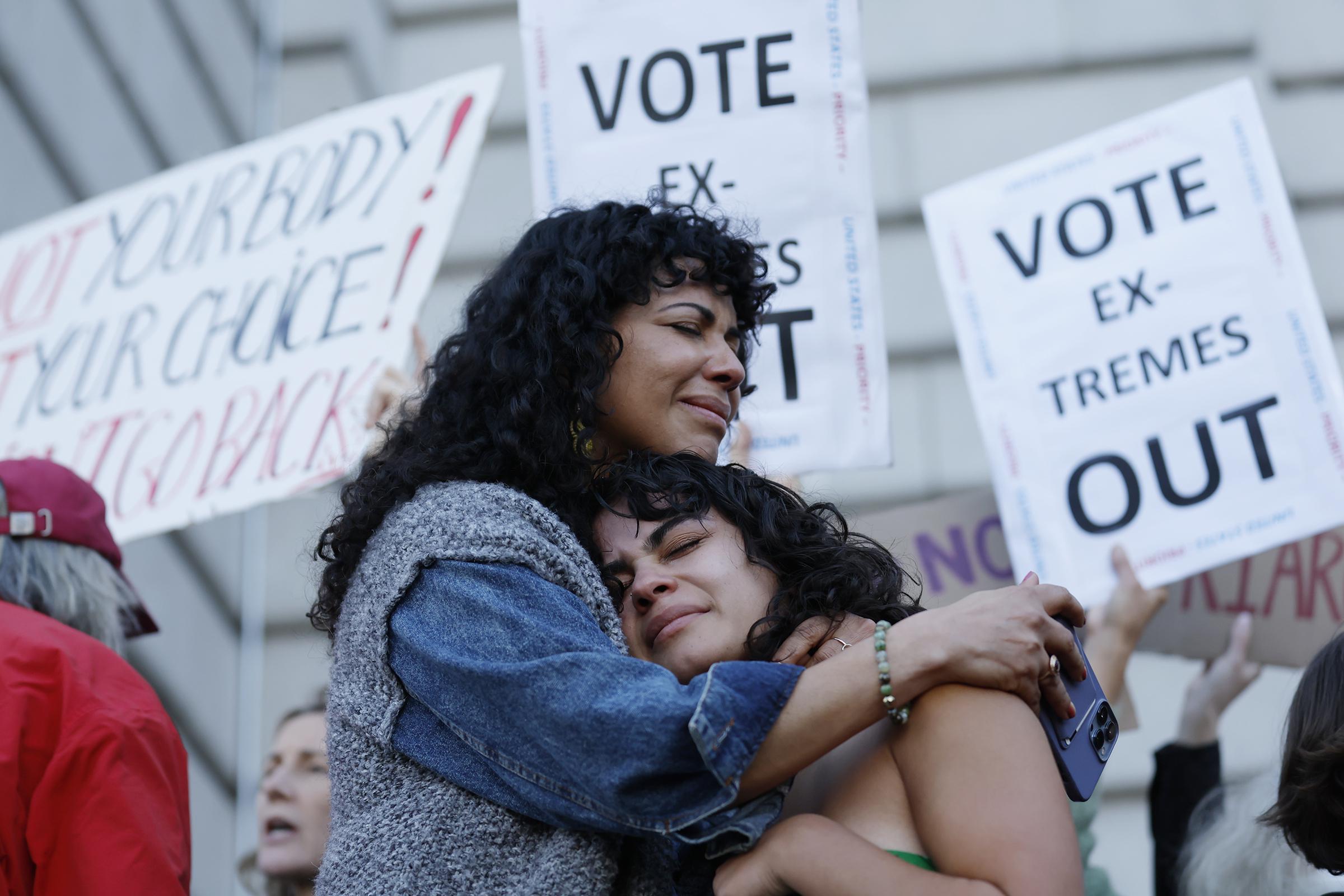 TALLAHASSEE, Fla. (AP) — A Florida judge said Thursday he will temporarily block the state’s ban on abortions after 15 weeks’ gestation, but his ruling won’t go into effect before the The ban becomes law on Friday, an issue that could cause confusion for abortion patients and providers alike.

Meanwhile, a Kentucky judge temporarily suspended that state’s near-total ban on abortions, allowing procedures to resume after they were abruptly halted when the US Supreme Court overturned Roe v. Wade last week. The state was quick to appeal the judge’s order.

The Florida and Kentucky cases reflect battles raging in courts across the country after the Supreme Court declared that abortion is not protected by the federal Constitution.

The Supreme Court has left it up to the states to decide whether abortion is legal within their borders, forcing lawyers on both sides of the debate to turn to state constitutions.

Some of the legal disputes involve automatic trigger laws that were designed to take effect if the Roe v. Wade was revoked. Some are prohibitions that have existed for generations without being enforced. Others involve abortion bans that were suspended pending the Roe v. Wade and they are now moving forward.

The legal dispute creates chaos for patients, including some from Kentucky who were turned away by clinics and rescheduled in neighboring states.

The owner of North Dakota’s only abortion clinic — open through July 28 — said a patient wrote on a form: “Will I be prosecuted for having an abortion today?”

In Florida, Judge John C. Cooper said Thursday that he would temporarily block a ban on abortions after 15 weeks from taking effect following a legal challenge by reproductive health providers who say the state Constitution guarantees the right to procedure. Cooper said the state ban was “unconstitutional because it violates the privacy clause of the Florida Constitution.”

Cooper’s decision, delivered from the bench, will not be binding until he signs a written order, which apparently won’t happen before Tuesday.

That means the ban will go into effect on Friday, as scheduled, and the lag raises questions about whether some patients will be affected. Current Florida law allows abortion up to 24 weeks gestation.

Laura Goodhue, executive director of the Florida Planned Parenthood Affiliate Alliance, said the clinics continue to serve their patients and will operate under the law, but the situation is challenging for doctors.

“That’s a lot of unnecessary delay and patients are subject to the whims of the legal system right now,” he said.

The back and forth of judicial activity has also caused confusion in other states.

Texas Attorney General Ken Paxton filed an emergency appeal with the state Supreme Court on Thursday after a trial judge temporarily blocked enforcement of a decades-old law that bans virtually all abortions.

Paxton said the old law, which bans abortions except if necessary to save the life of the mother, is still in place.

In Texas, most abortions are already prohibited after about six weeks’ gestation — before many women even know they’re pregnant — with no exceptions in cases of rape or incest.