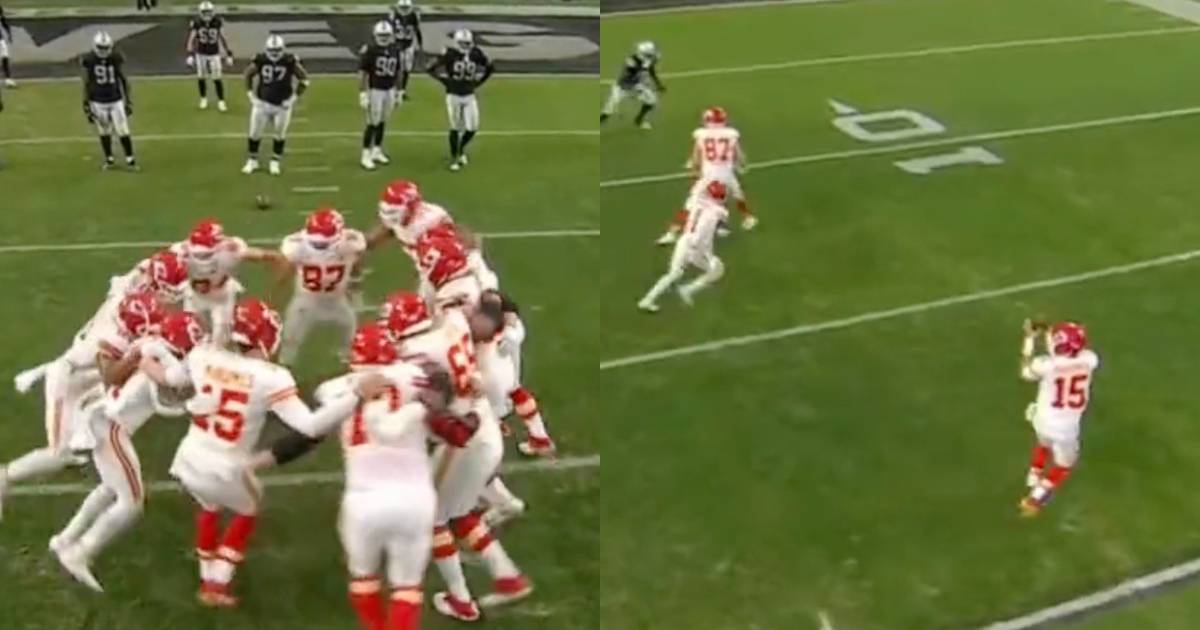 The Kansas City Chiefs continue to show that they are one of the teams with the most potential in the NFL, and now they had the luxury of showing their talent in a curious play.

In the duel against the Vegas Raiders, the Kansas team carried out an offensive that drew attention.

Chek out: César Montes has a bitter debut in LaLiga against Girona

The ball was at the 10-yard line when the offense circled where they began to jump, much to the surprise of the Raiders defense.

In case you didn’t see it: ‘Barby’ Juárez releases his calendar for 2023

Then they settled on the line, and Mahomes received the ball, handing it to Isiah Pacheco, who turned quarterback to throw the pass that had become a touchdown.

Unfortunately, the play was canceled by a holding by the Chiefs offense, although the video has caused a stir on networks. Although the next play ended in a score for Kansas.

The Kansas City Chiefs find themselves with a 13-3 record this season in the NFL.