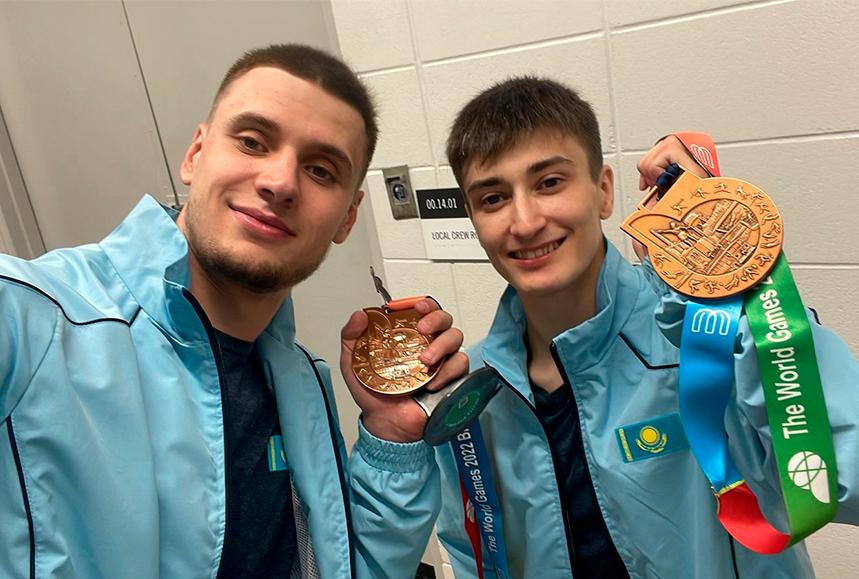 KARAGANDA. KAZINFORM – In Birmingham, the largest city in the US state of Alabama, the World Acrobatics Games, which, like the Olympics, are held once every four years, have ended. These are the main starts for the strongest in this sport. Karaganda sportsmen became the third at these competitions, Kazinform correspondent reports.

In the USA, acrobats of the Karaganda school of gymnastics fought for the most significant victory. This is already a famous couple – the miner of the mine named after Kostenko Daniel Diehl and the student of the University of Economics Vadim Shulyar.

“For pupils of the regional school of higher sportsmanship in non-Olympic sports, this year has become a star. In March, our countrymen won gold medals at the World Championships in individual exercises and silver medals in the all-around (Geneva, Switzerland). And here is a new success – bronze medals at the World Games, ”the department of physical culture and sports of the Karaganda region reported.

The second pair from Karaganda is female. The duet of Sasha Rudakova and Damira Talgat is only gaining momentum. In Birmingham, the girls finished fourth.

The Asian championship is ahead of the acrobats.