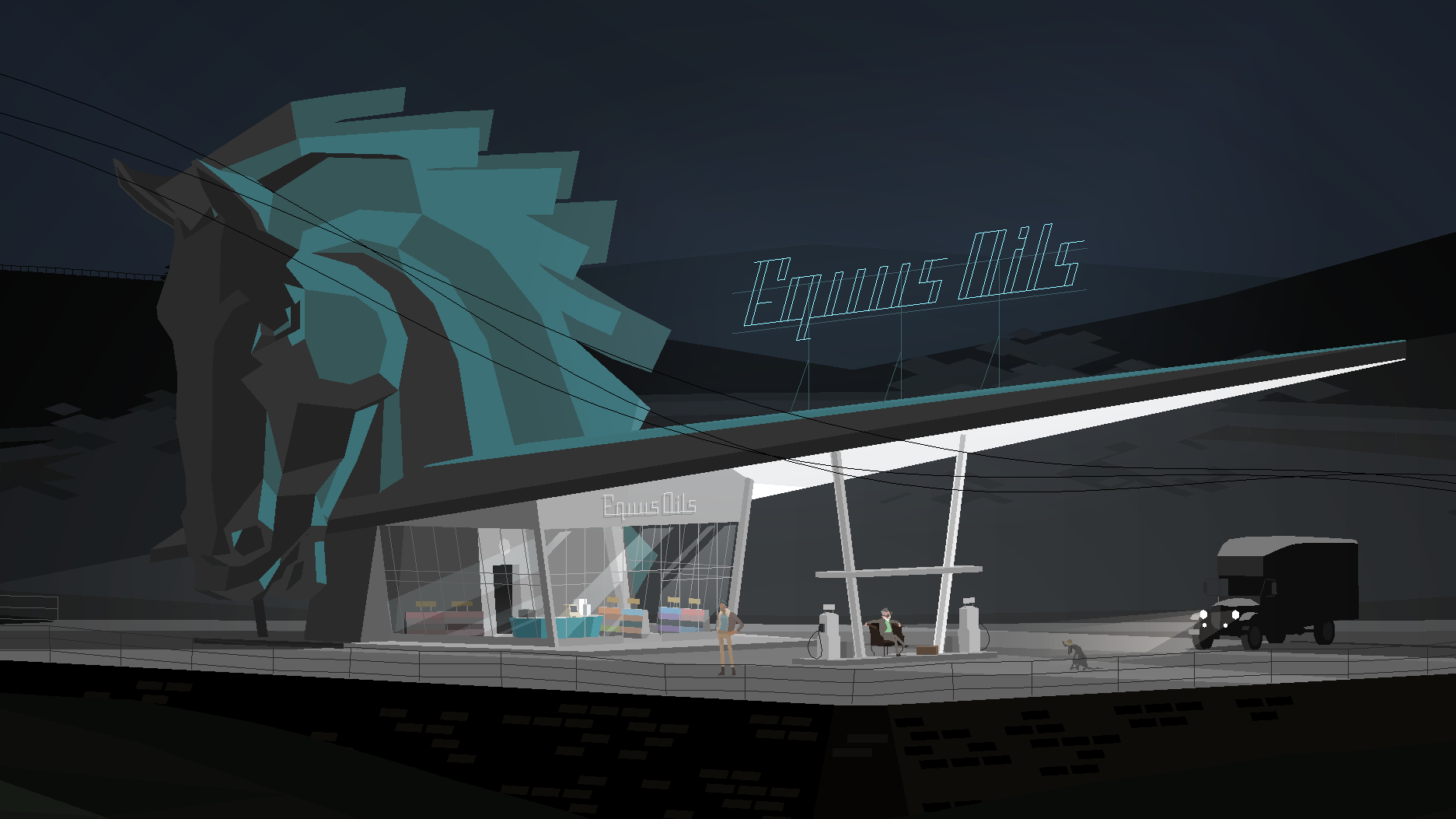 What kind of computer game is Kentucky Route Zero?

Strictly speaking, it is a point-and-click adventure, somewhat like the classic Monkey Island. So a computer game in which you control your character using the mouse and solve puzzles. In Kentucky Route Zero, however, one masters less logical challenges and follows a complex narrative. The course of dialogues can be shaped with a mouse click and thus a surreal and socially critical story can be deciphered.

And what is this story about?

It starts with the delivery driver having to deliver a simple package to Conway. What sounds simple quickly turns into a real odyssey through the US state of Kentucky. On the search for the delivery address, he makes strange acquaintances and learns about the history and culture of the crisis-ridden region. It tells of mining accidents, of bluegrass music and of indebted existences that somehow have to make ends meet.

At the same time, the game is inspired by the “magical realism” of authors such as Gabriel García Márquez. The dreary everyday life breaks up again and again and reveals an exaggerated reality. For example, the eponymous “Route Zero” is not just any country road, but a winding highway through the real existing mammoth cave system in Kentucky.

Why did it take so long (seven years) to develop?

On the one hand, the development studio Cardboard Computer consists of only three people – Jake Elliott, Tamas Kemenczy and Ben Babbitt. The three met at an art school in Chicago and have worked largely alone on the game since 2011.

On the other hand, Kentucky Route Zero has now expanded into a veritable art project. For example, the developers have released free, experimental “interludes” between the individual episodes. For example, the first, Limits & Demonstrations, is an exhibition of concept and media art within the game world.

The developer trio could best be described as artists who have developed a game.

Jake Elliott is heavily inspired by conceptual art and hypertext fiction. Which is also clearly visible in the many text experiments in Kentucky Route Zero.

Game Artist Tamas Kemenczy takes his visual cues from Brutalist architecture and sets, such as the Broadway premiere of Arthur Miller’s Death of a Salesman.

And the musician Ben Babbitt turned a supporting character from Kentucky Route Zero into an entire band project. In the role of the female android Junebug, Babbitt sings with a modified voice in the game and on a planned album.

Groundbreaking for the next decade

Viewed by itself, the game still fulfills all the criteria of a computer game. However, cardboard computers seem to simply no longer regard many of the supposed rules and limitations of computer games as binding. Established design traditions are being questioned and broken. In this way, artists and career changers in particular have been stirring up the industry for years.

Another game, the Estonian role-playing game Disco Elysium, was only released in October last year, which is considered the crowning glory of the last decade precisely because of its border crossings. Among other things, inspired by Kentucky Route Zero, which as a completed work will probably remain groundbreaking for the next ten years.