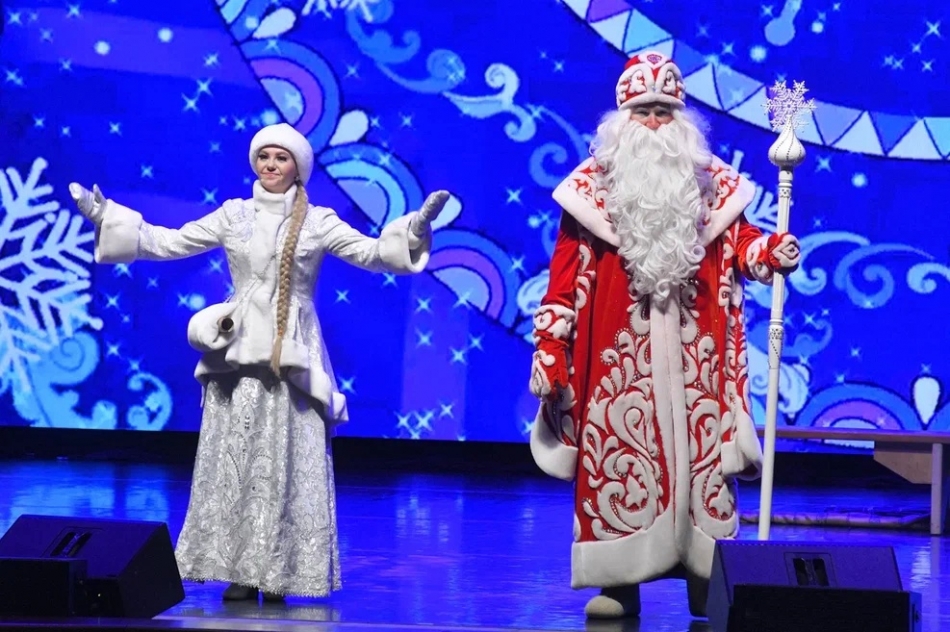 – How does the holiday begin? – Santa Claus asked the little spectators of the Concert Hall of the Omsk Philharmonic.

— From gifts! the children shouted in unison.

And no wonder: they knew that here they would be presented with a wonderful fairy tale. The New Year’s performance “Cherished Desire” of the Omsk Russian Folk Choir pleases the children almost every day (project manager – Elena Ermakova). The artists themselves seem to be happy as children. Sometimes, it is no longer clear where the stage is, and where is the hall. The action is happening everywhere.

Here the children, clapping and stomping, help the Snow Maiden wake up the Bear, and he, of course, descends into the hall to the delight and horror of the little spectators. But Grandfather Frost begins to tell a fairy tale: about how the Tsar-father sent the sons of mind-reason to recruit; how the king and queen prepared for the meeting of dear children. And then right in the hall appear … heroes in chain mail and helmets, with real spears and shields! To the delighted exclamations of the children, the heroes march through the entire hall. This is the eldest son, Vasily, who returned with his retinue in order to support the power of his native kingdom by force.

Before the parents had time to get enough of the return of the elder, the middle one, Mikhail, appeared in the hall with a retinue of European dandies and fashionistas. He himself matches them: in a wig and a cocked hat, in a camisole and shoes with buckles. And calls himself… Michael. In overseas universities, he was taught that the main force is money, that everything can be sold and bought. And he himself excelled in this art.

But the youngest, Vanya, came only with the bride-Lyubava, because he does not need either strength or money: if there is love, then what else could you want? How different are the brothers! To which of them will the father give the crown? To solve this, the brothers must pass a series of tests!

The story based on Russian folk tales was composed and staged by Sergei Panin, music and arrangements were written by Vladimir Evdokimov. In this fairy tale there are dangerous adventures, and magic, and fun. The artists of the Omsk choir have a place to show their vocal and dancing skills! Children saw the “chips” of the team, which have long been loved by adults, such as “stompers”. Choreographer Zufar Tolbeev did his best to make the dance numbers not only an adornment of the performance, but also a part of the story. By the end of the performance, all the aisles were filled with children diligently dancing to the artists.

But the main thing in the fairy tale, of course, is morality, “a lesson for good fellows.” In this story, it is obvious: the older brothers realized that the crown should belong to Ivan, who thinks not about himself, but about others. And they agreed that power and wealth without kindness are nothing. And the king and queen told the young viewers that it was they, the children, who were the “apples of rejuvenation” for their parents, what depended on them, whether the elders would be happy.

This is such a fascinating life lesson for young viewers. Let him be for them. And don’t let it be the last. I hope that the Omsk Choir will please the children with beautiful and wise fairy tales more than once.

Original on the author’s VKontakte page.