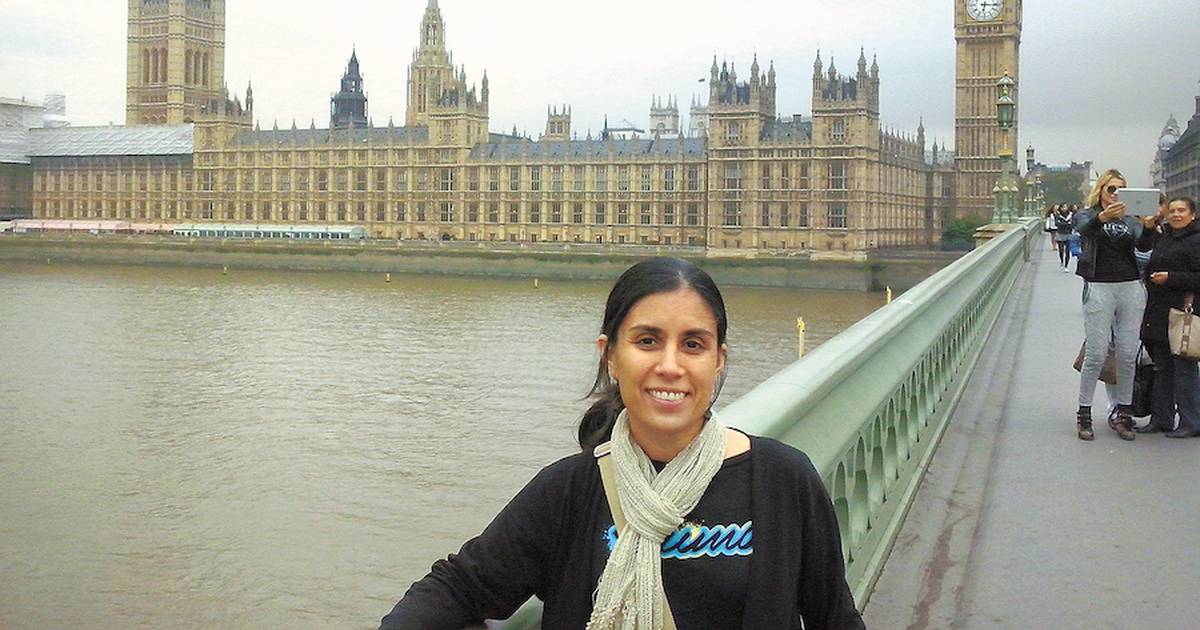 Dr. Irene Fabiola Román Maldonado, a biologist, is one of the many Paraguayan professionals who stand out abroad based on discipline, dedication and perseverance. She lives in Cambridge and works in one of the most important laboratories in Europe, assisting in important investigations spearheaded by renowned scientists from the UK and abroad.

He lives in Cambridge, in the east of England, a city that is home to one of the oldest universities in the world. She is Paraguayan, she is 39 years old, graduated from the Biology career of the Faculty of Exact and Natural Sciences of the National University of Asunción. Dr. Irene Fabiola Román Maldonado is one of the many Paraguayan professionals who stand out abroad based on effort, discipline, dedication and perseverance, despite a delicate health episode that she was able to face and endure far from the country.

Currently, he works as a research assistant in one of the most prestigious laboratories in the United Kingdom and the Old Continent: the Sanger Institute. She likes to write and, in fact, she does it quite well; His columns can be read every weekend in the pages of this newspaper for which he is a correspondent.

He believes that the Paraguayan student is fully qualified to excel in a world as demanding and competitive as the European one, but that more support is needed from the Government to recover the brilliant minds that are trained abroad and that can contribute to the progress of the country . The Nation of the Weekend held a telematic interview with the outstanding compatriot researcher.

– When I finished my undergraduate degree, I was awarded a scholarship by the Postgraduate Agreement Student Program (PEC-PG) in Brazil to pursue a master’s degree at the Oswaldo Cruz Institute (Fiocruz) in Rio de Janeiro. When I finished my master’s degree, I took the entrance exam for the doctoral program at the same institute; there were ten places, seven with full scholarships, and I came in fourth place. At that time there was no Becal (National Program of Postgraduate Scholarships Abroad Don Carlos Antonio López). In my doctorate, I studied the genetic diversity of the parasite that causes Chagas disease. I did it in Brazil, but with an exchange with England at the London School of Hygiene and Tropical Medicine (LSHTM).

– In 2014 my husband had the opportunity to come to England to do part of his doctorate in applied mathematics at the University of Bath.

As my former laboratory in Brazil has collaborations with a group of researchers from the London School of Hygiene and Tropical Medicine, we entered into a collaboration for my thesis and I went to carry out my experiments at that institute.

After six months we returned to Brazil to finish our doctorate and my husband applied for a postdoctoral research job at the University of Bath. Months later I would also win a fund to do my post-doctorate at the same university. It is important to make it clear that a postdoc is considered the work of a junior researcher, not just another course. We investigate the behavior of the insect that transmits Chagas disease. This work was carried out in collaboration with the Cedic (Center for the Development of Scientific Research) in Paraguay.

– I have a permanent position at the Sanger Institute, in Cambridge, England, as a research assistant. The laboratory is from DNA Pipelines and what we do is the sequencing of different organisms. Our group is currently part of the Darwin Tree of Life project, which aims to sequence 70,000 species from Great Britain and Ireland.

– I always worked, until recently, researching and studying Chagas disease. Since 2007, the year in which I began my scientific initiation at Cedic, I studied and researched and learned about Chagas disease. During my master’s and doctorate I focused on the study of the genetic diversity of the parasite that causes the disease. I worked with an unusually large number of samples to study this parasite, which gave relevance to my work.

– During the pandemic I was hired at the Sanger Institute. At the time, we were living in Birmingham and we decided to move to Cambridge because of my job because I had to go to the lab and my husband could work from home. Now everything is back to normal here, but the pandemic is not over. However, it is important to note that, with the vaccines, the hospital situation is not overflowing.

– I know there are several Paraguayans studying in the UK. However, I only keep in touch with a Paraguayan who is doing a doctorate in Bath. I would have liked to meet more Paraguayans, but I am very careful about the covid issue, especially since my little daughter cannot receive anticovid vaccines yet.

– They do. There are many opportunities today and not only with national scholarships, but also international ones, depending on the country. In addition, there are first-rate places and professors that greatly enrich the scholarship recipient.

I would also say that one should prepare in advance because applying for a scholarship takes time and money.

On the other hand, you should think carefully about which country you want to go to and how you are going to deal with the situation, if you plan to return to Paraguay, since the colleagues who returned have many expenses to assert their titles. One chooses to apply for one type of scholarship, depending on whether they want to stay outside the country or if they want to return. If you want to return, Becal is a good option.

– I can only speak of the United Kingdom. I think that it is prepared, but an investment of time and money is needed. It is not enough to have good grades at the university, it also implies several expenses. But if we take that last thing out, the dedicated Paraguayan is prepared to face the challenges that come along during a specialization or postgraduate degree here.

I would like to take this opportunity to ask the authorities to focus on creating job opportunities to attract Paraguayans who have gone abroad to study. That the permanence of Paraguayans abroad be by choice and not due to lack of opportunities.

In my case, dedication and perseverance. I was never an absolute grade 5 student; however, I always dedicated myself a lot to what I like.

– I see the health system as very deteriorated. It is an ordeal if one falls seriously ill in Paraguay. One of the things that should improve is the application of protocols that the entire medical staff should follow. Otherwise, you find doctors who practice their own medicine, applying protocols or medications without any evidence that indicates that it is valid.

I had to go through the treatment of a carcinoma in one of the breasts. Since the diagnosis, a strict protocol was followed and my consultations and operations were with different doctors. At first I was concerned that I would not always be seen by the same surgeon; however, here, all your medical history is in the system, so whichever doctor treats you, you receive the same care because everything is available in the health system. Currently, due to that diagnosis, I have annual check-ups, and I receive benefits such as medications at no cost for a certain number of years.

“The keys to excel abroad, in my case, were always dedication and perseverance. I was never an absolute grade 5 student; however, I always dedicated myself a lot to what I like”.

To train abroad “it is not enough to have good grades at the university, it also implies several expenses. But if we take that last thing out, the dedicated Paraguayan is prepared to face the challenges that arise during a specialization or postgraduate degree here.”

Fabiola and her family live in the southern part of Cambridge. “We chose to live here since it is close to my place of work. It is an area where there are several important companies and technology campuses. The institute where I work focuses on producing high-quality science. Once you work there, the institute has a policy of taking maximum care of the employee. It is an exceptional place to work”, commented the doctor.

The biologist is a brand new mom. Her daughter is three months old and her name is Rosalind Sofía. “Currently, I am on maternity leave. Here you can have leave for six months with full salary; If you want to extend the leave for two more months, it is already with half of your salary. And if you want to complete a year, it is already unpaid in the remaining 4 months, ”she mentioned.

Her husband, Carlos Antonio Galeano Ríos, is an engineer with a doctorate in applied mathematics. She works as a research fellow at the University of Birmingham and in June she starts working at a private scientific consultancy.

Despite enjoying a high standard of living in that first world country, Fabiola misses the affections she left in Paraguay, like her parents and close friends. “As much as I am used to and comfortable living here, those things that I miss are irreplaceable, of course,” she said. On the other hand, she commented that what she likes most about her life in the United Kingdom is the tranquility, the friendliness and the informality in the dress codes.

Returning to Paraguay in the short or medium term is not, at the moment, in his family’s plans. “Not at the moment, since both my husband and I have permanent contracts in our respective jobs. In addition, our daughter was born here and we want her to grow up here, ”said the researcher at the end of the interview with La Nación del Finde.