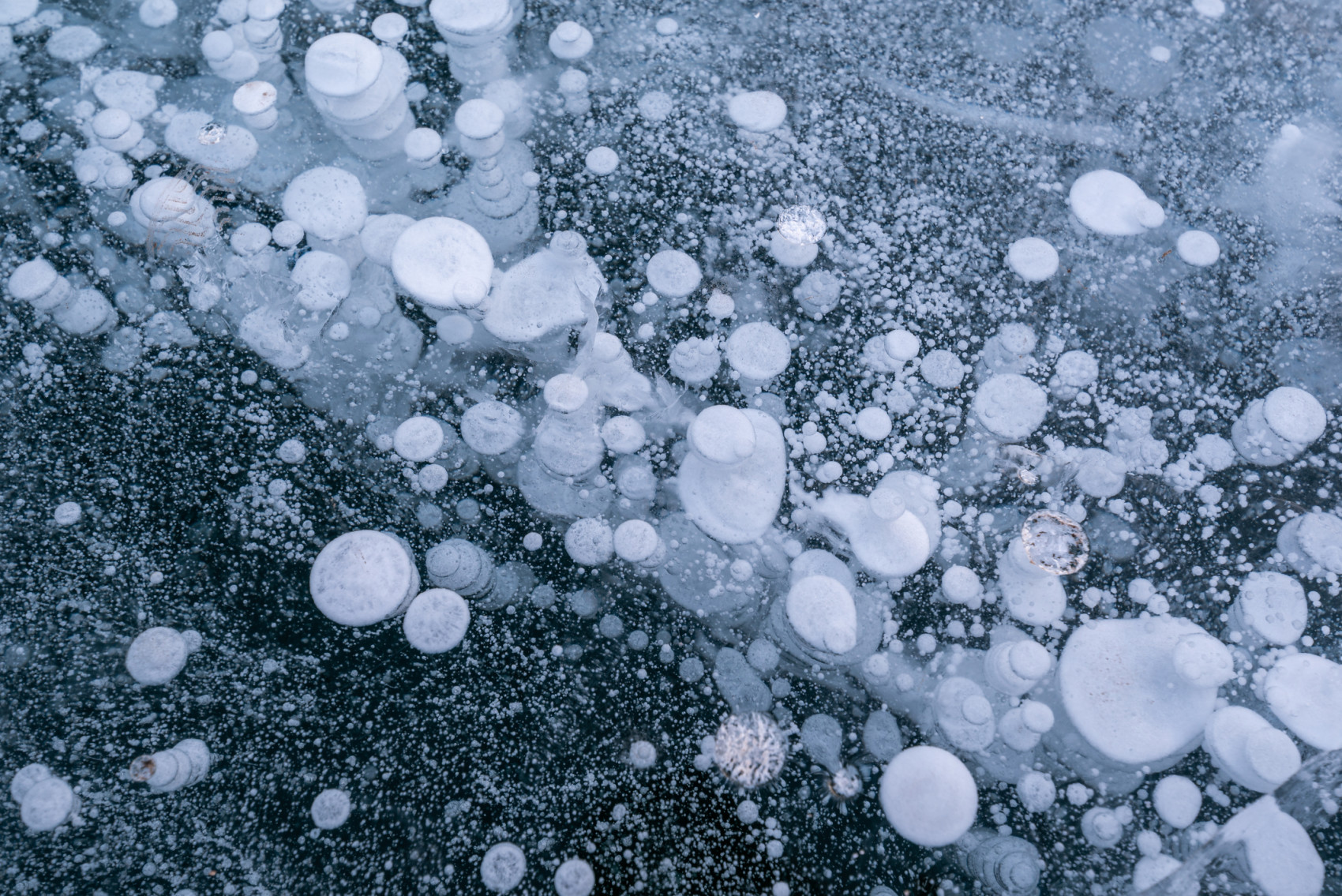 A high level of methane

NASA scientists studying the effects of climate change in the Arctic have noticed something unusual about new lakes appearing in the region: they are releasing methane gas.

Thawing permafrost leads to the formation of thermokarst lakes, which occurs when ice stuck in permafrost melts and forms a crater that eventually fills with meltwater. Researchers participating in project ABoVE (Arctic Boreal Vulnerability Experiment) from NASA traveled to Big Trail Lake, a thermokarst lake in Alaska, to learn more about the changing Arctic landscape.

“At Big Trail Lake, it’s like opening your freezer door for the first time and giving all the food in there to the microbes to break down. In doing so, they spew methane,” said Katey Walter Anthony, an ecologist at the University of Alaska-Fairbanks, in a NASA press release. Methane levels are so high that fumes from the bubbles can fuel a flame.

The bubbles are captured in this device. When you open the valve near a lit lighter, the methane produces a nice big flame. (NASA/Sofie Bates)

Methane bubbles can prevent ice formation on lakes. The body of water then continuously releases methane into the atmosphere. “This lake wasn’t here 50 years ago,” says Walter Anthony, describing his time at Big Trail Lake. “Years ago the ground was about three meters higher and it was a spruce forest.” Permafrost keeps soil and plant matter below freezing for years. When it melts, the microbes can finally attack the thawed organic matter and release methane and carbon dioxide during their digestion.

Methane, the second most abundant GHG

From a distance the lake looks normal, but looking closer you can see bubbles floating on the surface. In other cases, when lakes can reach freezing point, the bubbles form domes of rougher ice. This roughness can be detected by satellite radars, which NASA uses in combination with field measurements to calculate methane emissions from Arctic lakes.

The brand new Big Trail Lake in Alaska is one of the arctic areas that emits more methane. (NASA/Katie Jepson)

Methane is a greenhouse gas of particular concern, as its ability to trap heat in the atmosphere is believed to be 25 times greater than that of carbon dioxide over a period of 100 years.

In addition to being emitted by natural processes in the environment, methane is the second most abundant anthropogenic greenhouse gas after carbon dioxide. ABoVE is currently conducting studies in Alaska and western Canada to learn more about how the environment is changing and the consequences for the communities that live in these environments.

The project says some of the most significant changes in the arctic and boreal regions include changes in wildfire patterns, insects and invasive species, and altered wildlife habitats that impact hunting, which communities communities practice for subsistence purposes.

Permafrost is estimated to be the largest carbon sink on earth, with trapped plant and animal matter accounting for 1.6 trillion tonnes of stored carbon, twice as much as the amount floating in the atmosphere.

According to a article d’Isabella O’Malleyclimate journalist at The Weather Network.