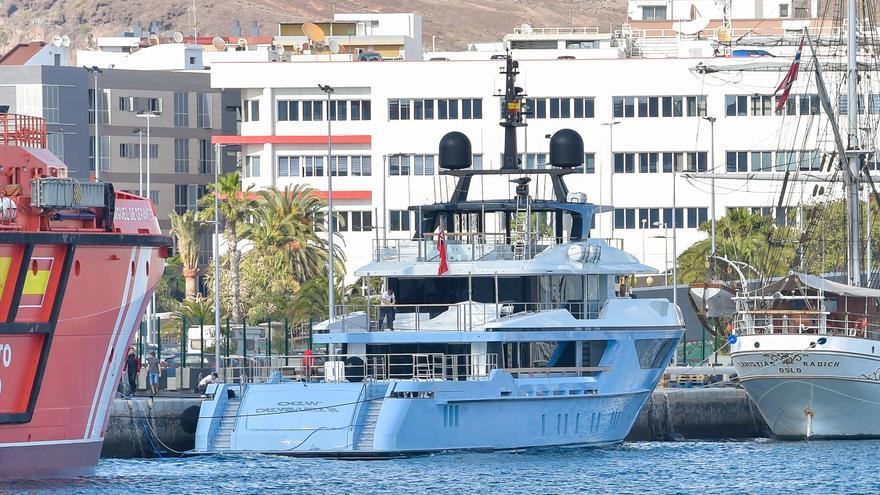 Faithful to some ‘migratory routes’ that take them every year from the Mediterranean to the Caribbean on round trips, large yachts They are usually common in Puerto de La Luz with the arrival of the autumn and winter season. Even in the absence of the service center and the new sports dock called to consolidate its presence in the coming years, the Gran Canaria capital site is usually a mandatory stop to refuel when the crews transfer them from the ‘summer barracks’ to those of winter, but the pandemic also disrupted their plans in 2020.

The ‘Ocean Pure 2’, a 35-meter sailboat, sails through the Antilles after passing through the Island

In a year marked by confinements, berthing limitations in international ports and economic uncertainty, many owners did not cross the Atlantic before or after the summer, so visits to the Gran Canaria site were considerably reduced. The Port registered a little less than 20 stopovers throughout the year. recreation boats more than 30 meters in length, an amount that is well below the more than 60 reached in previous years, according to data managed by the Las Palmas Port Authority. To its absence must be added, in addition, that of the large sailboats dedicated to training cruises.

Seven of those stopovers took place in the Sports dock and the rest, in commercials, such as the Santa Catalina or the Sanapú, although some of the ships that star in them have been in the capital for a long time. This is the case with the Sira, which was the subject of an episode of A Nightmare in the Kitchen and has been docked in one of the docks of the small craft dock since mid-2019.

One of the most spectacular ships that passed through the marina last year is the Ocean Pure 2, a 35-meter long sailboat with capacity for eleven passengers that was built in 1992 and renovated at the end of 2019, after changing owners. He visited Las Palmas de Gran Canaria at the end of November, before crossing the Atlantic and heading to the Caribbean island of San Bartolomé. Since then he has been browsing the Antilles.

He Sports dock also recorded the visit of Eileen, a 50 meter long motor yacht with capacity for twelve passengers in six cabins. He left Florida at the end of October and for a month he has been in a shipyard on the island of Sardinia that usually welcomes boats up to 70 meters in length.

Among those who have made the crossing of the Atlantic is the Ecstasea, an icon of luxury sailing with its 86 meters in length. The yacht, common in both the specialized press and the layer due to the large number of celebrities who have spent their vacations on board, even docked twice in Gran Canaria last year. The first stop took place in mid-April en route from the Bahamas to Barcelona. The last one, on Christmas Eve during his return to the eastern Atlantic, in this case to the island of San Martín.

Another of the great yachts of 2020, the Ocean Dreamwalker III, passed through La Luz just one year ago today. This 47-meter yacht built in 2018 with an eye on both pleasure and expedition trips was refueled at the Sanapu pier shortly before continuing to Cape Verde and crossing the Atlantic to the Caribbean and the Bahamas. After the spring break, he crossed the Panama Canal to Alaska, where he spent the summer.