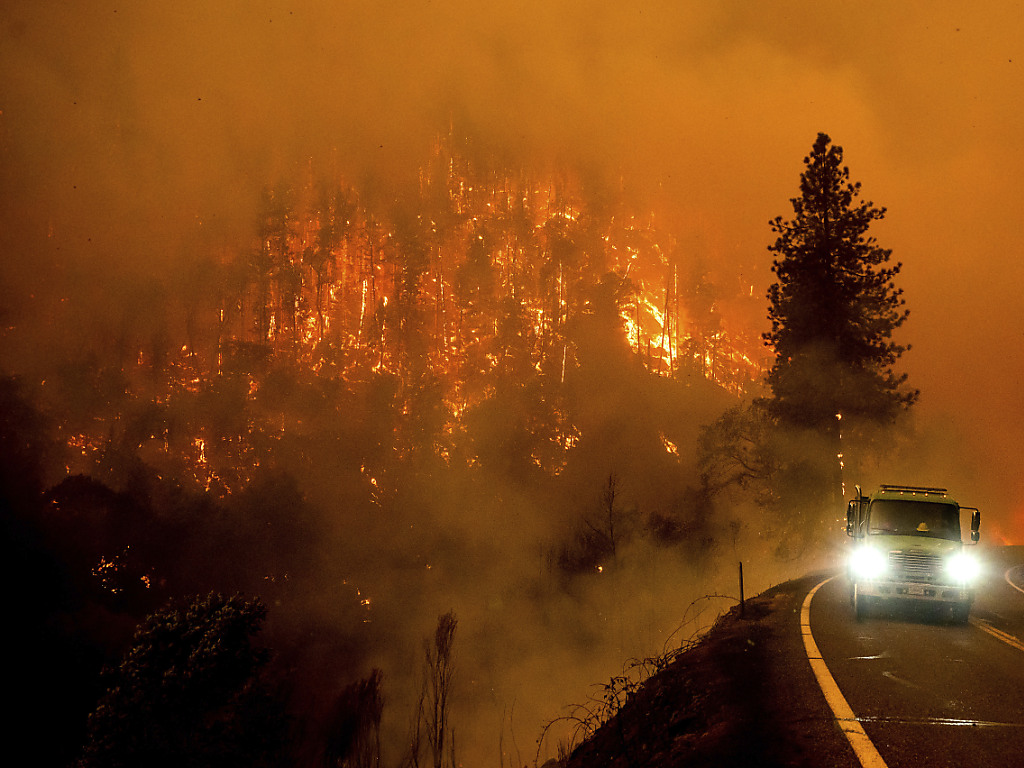 The largest fire of the year in California progressed Sunday through the arid regions of the western American state. Fanned by strong winds, it destroyed houses and forced thousands of people to evacuate their homes, authorities said.

The blaze, dubbed ‘McKinney’, destroyed more than 20,638 hectares of the Klamath National Forest near the town of Yreka in northern California, the CalFire firefighting agency said.

This is the largest wildfire since the start of the year in California, which has already been hit by several other fires this summer.

State Governor Gavin Newsom declared a state of emergency on Saturday, saying the blaze had “destroyed homes” and “threatened critical infrastructure” since its outbreak on Friday. The fire ‘intensified and spread due to dry fuels, extreme dry conditions, high temperatures, winds as well as thunderstorms,’ Newsom said in a statement.

More than 2,000 residents have been notified of evacuation orders, according to the California Governor’s Office of Emergency Services, mostly in Siskiyou County. ‘Residents of the surrounding areas should be ready to leave if necessary. Please feel free to evacuate,’ the county sheriff tweeted.

Nearly 650 people intervened on Sunday to put out the fire, according to the National Forest Fire Coordination Group.

The fire season in California, a state in a persistent drought situation, is expected to last several months. In recent years, California and other parts of the western United States have been ravaged by rapid and large fires as a result of global warming.