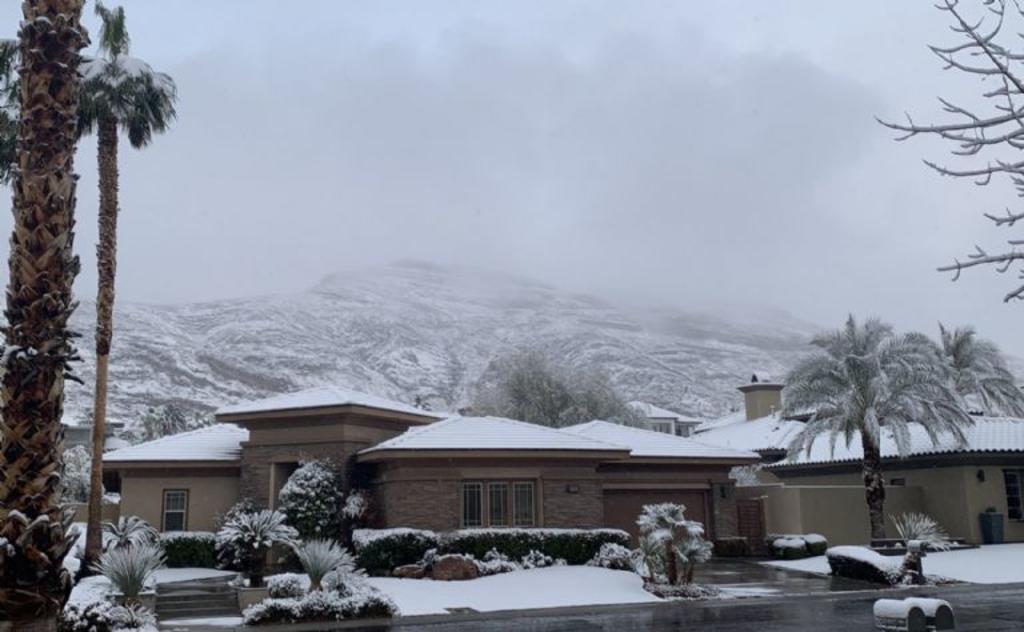 The desert of Las Vegas, Nevada, like that of Arizona, were covered by a white blanket of snow when an intense winter storm registered.

According to the National Weather Service (NWS), the snow covered at least 2.54 centimeters of the sidewalk on the streets of Las Vegas, a city in which such a phenomenon has not been registered since 2019.

The state of Arizona was also dyed white, when it was invaded by rain and snow due to the winter storm that affected the country.

Through social networks, users shared photos and videos of the city and the mountains covered by snow.

Las Vegas was transformed into a winter wonderland, with nearly an inch of snow coating the area around the city’s famed casinos ❄️ pic.twitter.com/4vxbzrBgGQ