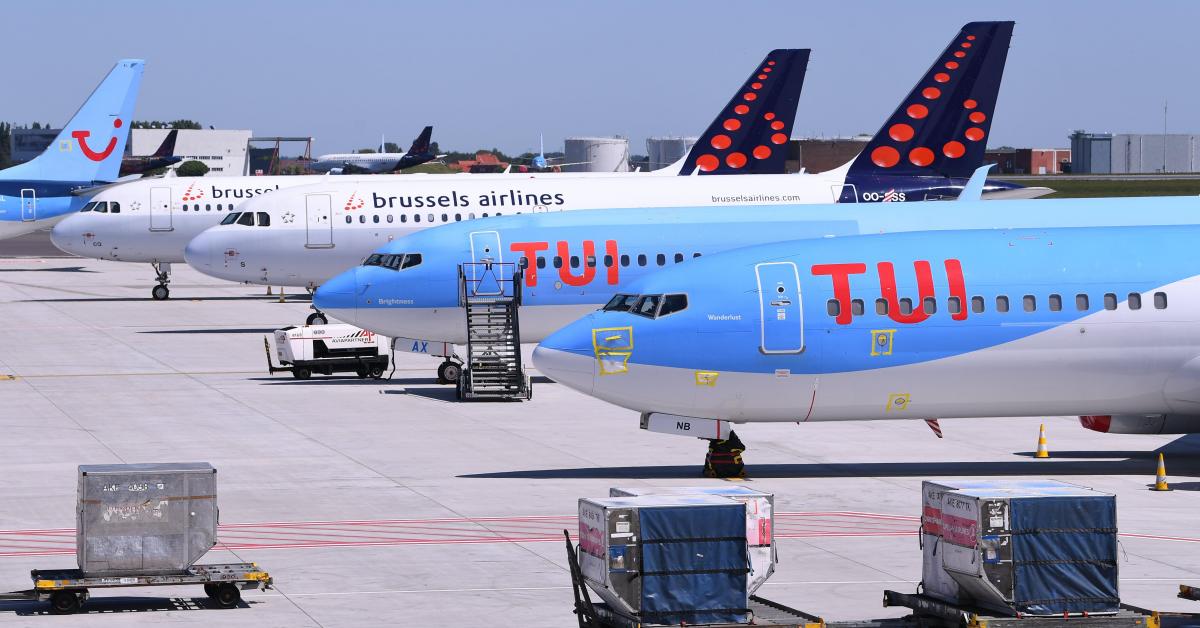 Laura and James are angry. after traveling 300 km to get to Mancherster airport, TUI tells them that they have already canceled their vacation.

Laura Sanders and James Caulfield only had one McDonald’s to show after a trip to Manchester Airport. They learned on the spot that their trip, which they had paid a little less than 1,500 euros, had been canceled. Those who had to go to Madeira for the holidays will finally remain in the grayness of their country.

Laura Sanders, of Curdworth, and James Caulfield, of Erdington, booked travel with TUI on May 19 after Portugal was confirmed to be listed as green on the government’s Coronavirus map. But in June, the country turned orange… the TUI agency canceled their trip, but it seems neither of them knew about it, as reported by the Mirror.

Worse, they received an email from TUI on June 7 confirming that their reservation was held, while offering them the option to change the date of their vacation.

The couple set out on Sunday, unaware that their flight was no longer insured and that the accommodation booked had been taken by someone else.

Laura, a journalist, tweeted: “I just made a round trip from Birmingham to Manchester to catch a Maccies on a motorway rest area. “

” Why ? Because TUI UK canceled our vacation and neglected to tell us that the flight we were to take today had not been around for weeks. Anger is an understatement. I was in tears all afternoon. James was angry too. It’s horrible. I love to travel and haven’t been able to do it for over a year. We had planned a dream trip to Peru last summer, but had to cancel it. This year, we wanted to play it safe, choose a country in Europe and go on vacation with a ‘package’ because of what is going on and here is what is happening. “

See Also:  Billionaires Like Branson Should Stop Investing In Alabama Until The Death Penalty Is Abolished - Euro The News

The 26-year-old continues: “TUI had confirmed that the trip would take place on June 7, even if Portugal was now listed as an orange zone. “

“We got to Manchester Airport for the 2pm flight and then the people at the gate said ‘your flight is not on our list’. We were early and called TUI and it turned out they canceled this trip from Manchester and didn’t tell us. “

“They said they tried to call my boyfriend, James, on Friday. But he didn’t have a missed call. And have not tried to call back. We made it all the way to Manchester and all we ended up doing was eating at McDonald’s. We just feel neglected and forgotten. “

The duo had left their home at 9:30 a.m. and returned at 2:30 p.m. – a five-hour trip for nothing. And although they were reimbursed, they still had to pay for their PCR test, parking for a week, and fuel to get there and back.

A spokesperson for TUI UK said: ‘We are so sorry that we had to cancel Mr Caulfield’s vacation at such a short notice. We tried to contact him immediately, but unfortunately could not reach him at the number given. Mr Caulfield has already received a full refund of the cost of his vacation and will be reimbursed for the cost of testing. We sincerely apologize for any inconvenience caused. “

The company also told BirminghamLive it would reimburse the cost of parking “if it is not refundable.” “