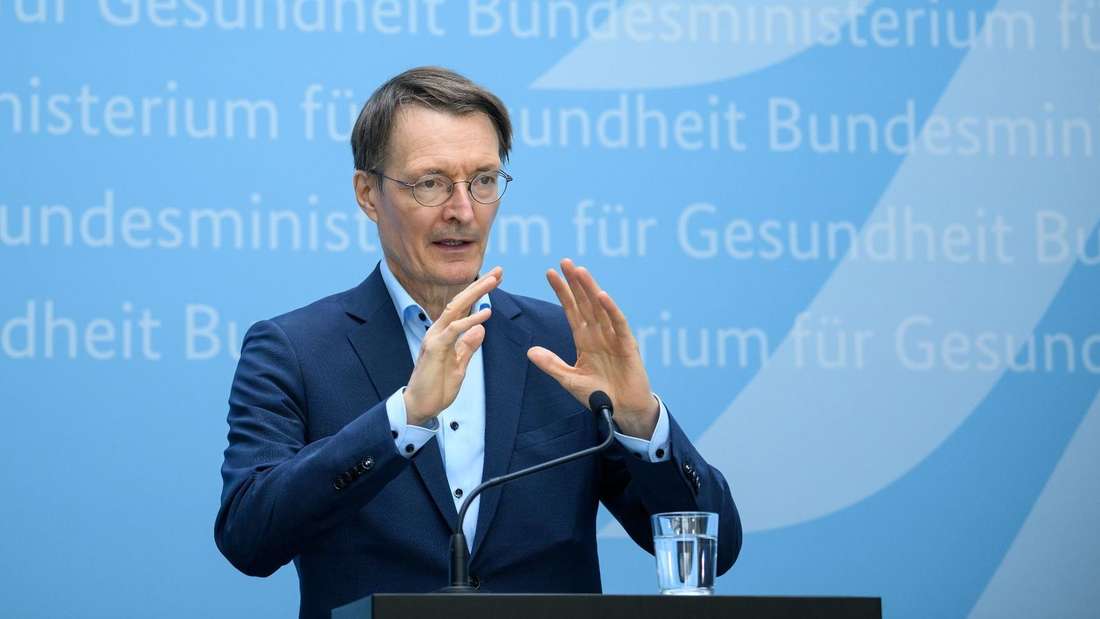 Karl Lauterbach commented on the further perspective of the corona pandemic, and it was also about its possible end. News from July 13 in the live ticker.

Statements about the end of the pandemic: Minister of Health Karl Lauterbach (SPD) commented on the perspectives of the corona pandemic in a post on the Twitter media service. According to the SPD politician, this is not yet in sight, but Lauterbach believes there is a way out of the pandemic. The Minister of Health sees the solution in broadly effective, new vaccines.

Lauterbach wrote on Twitter: “Many are wondering: does Corona never end? When is endemic coming? Not this fall, there is no way without effective protective measures. But in the long term, vaccines will come that protect against many variants and infections. I assume that’s the end of it.” In his speech, the Minister of Health referred to the scientist Eric Topol, who, also on Twitter, had complained about the lack of attention to nasal vaccines currently being developed.

Lauterbach traveled to the USA for a corona exchange

Lauterbach in the United States: The health minister of the traffic light coalition, Karl Lauterbach (SPD), traveled to the USA to discuss the corona pandemic. Lauterbach wants to consult with government representatives and scientists there about the further course of the crisis in the pandemic. Among other things, a meeting with Anthony Fauci is planned for Wednesday, July 20, 2022. Fauci advises the White House on pandemic issues.

See Also:  The American celebrates winning the lottery for the third time in three years. She won 50 thousand dollars

The central topic of the meeting will be the vaccination strategy for the fall, and long-term perspectives for dealing with the pandemic will also be discussed. Karl Lauterbach himself had recently warned of a “serious Corona fall”.. Also in Deutschland mainly drives the subvariant Omikron BA.5 the number of infections is already increasing. During his trip, the health minister of the traffic light has planned other stops: Among other things, visits to health facilities and the vaccine manufacturer Moderna are planned.

Corona rules: Montgomery calls for the possibility of further lockdowns

Debate on protective measures: In the discussion about measures against a possible further corona wave in autumn, the chairman of the council of the World Medical Association, Frank Ulrich Montgomery, made far-reaching demands. Montgomery said he believes the ability to impose more lockdowns is necessary. The newspapers of Funk media group he said: “Anyone who categorically excludes measures such as contact restrictions or lockdowns from the outset has neither understood the meaning of the law nor understood the seriousness of the situation.”

Montgomery added: “An infection protection law should open up opportunities and save lives.” According to the Council President, the possibility must be included in the “tool box” again. Montgomery: “Whether you use the instruments later depends on the assessment of the situation. But it should be undisputed that you need them.”

Politics ticker: All the news and background information of the day at a glance

Whether it’s the corona pandemic, the traffic light dispute, citizen income reform or the Ukraine conflict: Every day, news emerges all over the world – good and bad. With this ticker we keep you, dear readers, up to date on all the news of the day. We classify and weight the political events and developments for you. In the evening you will get everything important at a glance.