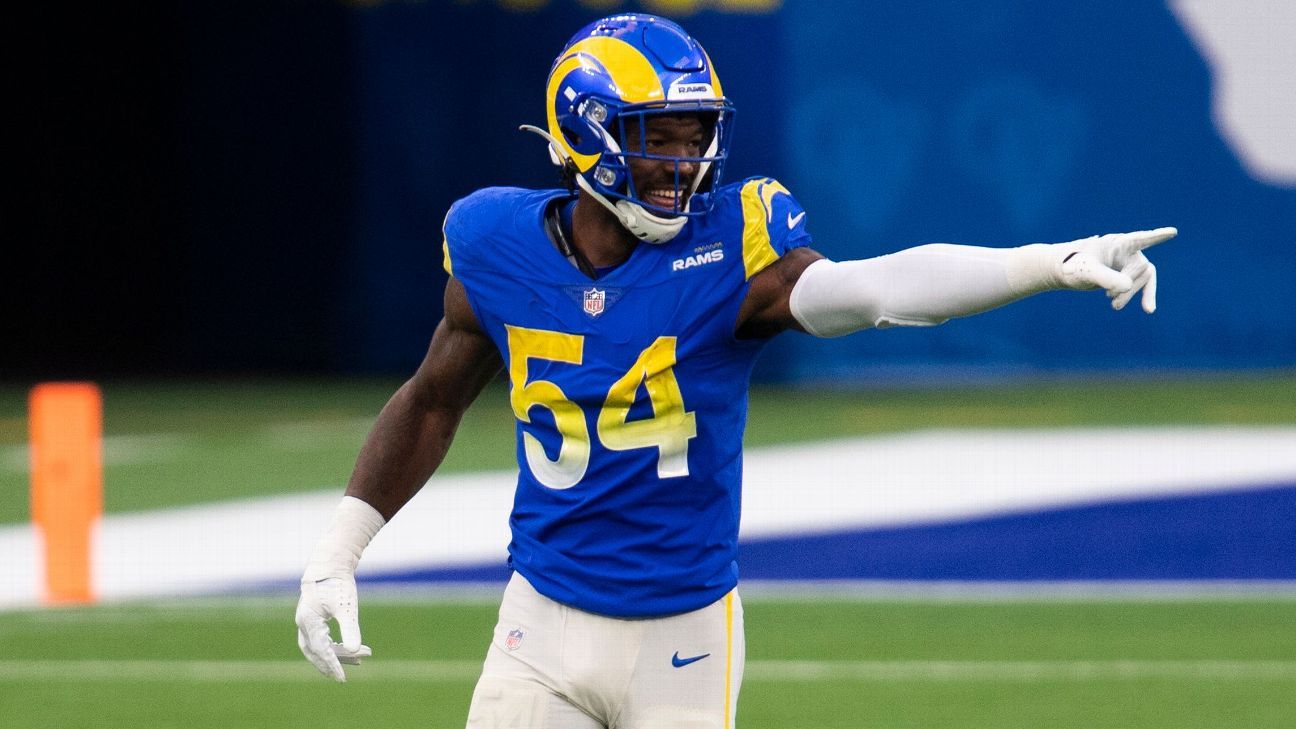 THOUSAND OAKS – Los Angeles Rams outside linebacker, Leonard Floyd, was taken to the hospital this Friday as a preventive measure after complaining of abdominal pain to one of the team’s physical trainers before practice, reported a team spokesperson.

Floyd to be reported questionable for Sunday’s game against the Arizona Cardinals (8-7). The Rams (9-6) can tie a berth to the playoffs with a win or loss for the Chicago Bears (8-7) at home to the Green Bay Packers (12-3).

Floyd, who is playing on a one-year, $ 10 million deal, has 9.5 sacks this season and has played a key role in a defense that ranks second in efficiency.

“He’s been very stable, very consistent, very versatile,” Rams head coach Sean McVay said this Friday before practice. “It is really affecting and influencing the game in a number of ways.”

If Floyd can’t play Sunday, rookie Terrell Lewis and Ogbonnia Okoronkwo are expected to play in his place..

The uncertainty about Floyd’s health and availability Sunday adds to what has already been a bumpy week for the Rams, who will rely on multiple backups against the Cardinals for multiple reasons.

Undrafted free agent John Wolford will make his NFL debut in place of quarterback Jared Goff, who underwent right-hand thumb surgery Monday and will be sidelined for at least a week.

Malcolm Brown may be the only seasoned running back available on the three-player committee after leading running back Darrell Henderson Jr. was placed on injured reserve with a high ankle sprain. McVay said Friday that Cam Akers will be a last-minute decision for a sprained ankle that sidelined him in Week 16. Rookies Xavier Jones and Raymond Calais have played only on special teams this season, but will be asked to give a step up if Akers can’t play.