With the new law against illegal contamination of food or drink, now those who participate in viral challenges such as licking supermarket items and putting them back can be punished with up to six months in prison.

People in the state of Arizona (USA) who participate in viral challenges with food products, such as licking items from a supermarket and then putting them back in place, they can even face prison sentences, after the governor of the region, Doug Ducey, will sign last Thursday a new law against these practices.

Previously, the project of law against illegal contamination of food or drinkSB 1167 passed with the support of two-thirds of the state Senate and nearly all of the House of Representatives.

The new legislation establishes that it is a class 1 misdemeanor “knowingly inserting, adding or mixing any bodily fluid or foreign object not intended for human consumption with water, food or beverages “, in the event that someone later consumes that product or if the damage from the contamination caused is $ 1,000 or more. It is punished that offense with a maximum of six months in jail, up to three years of unsupervised probation, or a fine of $ 2,500.

If no one consumes the contaminated product and the damage is less than $ 1,000, it is still a class 2 misdemeanor, with a possible sentence of four months in prison, two years of unsupervised probation, or a $ 750 fine.

A final disposition allows that “the calculation of the damages caused by the contamination includes the cost of cleaning and sanitizing the contaminated area and any monetary compensation granted to a person who has consumed the contaminated water, food, drink or other product “.

The law will go into effect 90 days after the close of the legislature. 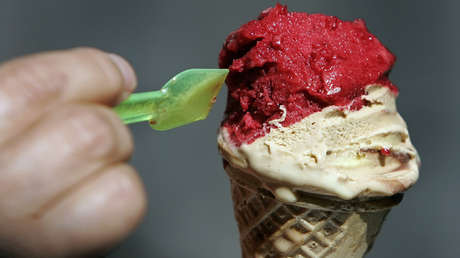 One of the first to post such a clip was D’Adrien Anderson, who was sentenced last March to 30 days in jail and two years on probation for filming how he licked ice cream from a container that was for sale in a Walmart supermarket in Port Arthur (Texas).

Meanwhile, Cody Lee Pfister, arrested on March 23, was accused of “terrorist threats” after he published a video where he appears licking items in a Warrenton (Missouri) supermarket.