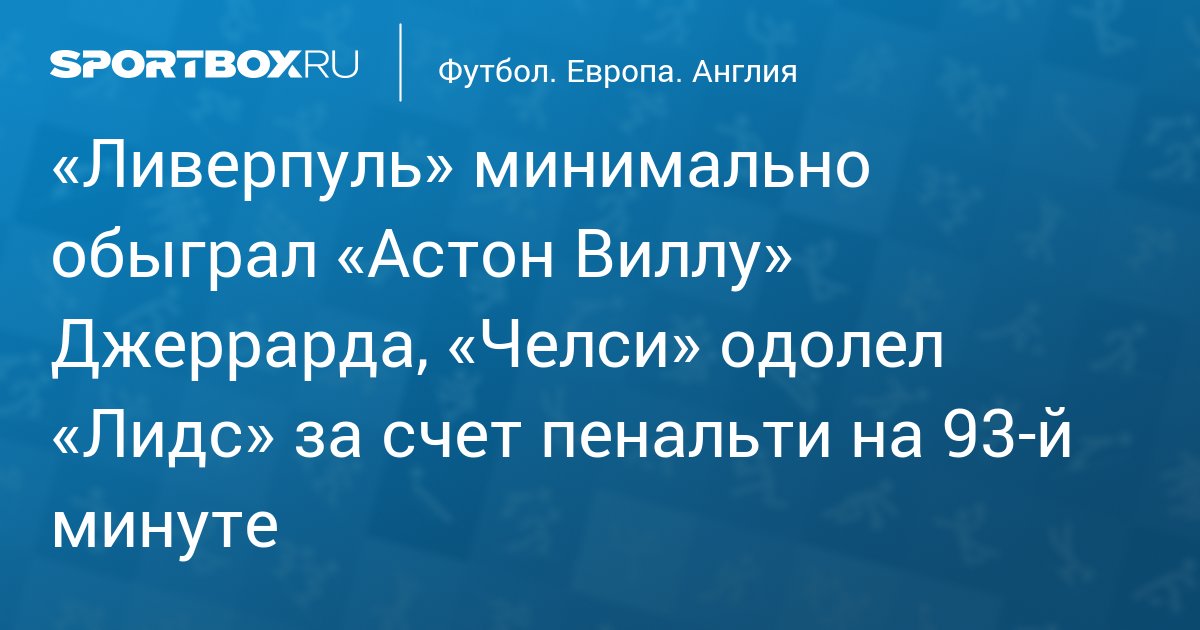 Liverpool were stronger than Aston Villa in the match of the 16th round of the championship of England.

The only goal of the match was scored by the home team’s forward Mohamed Salah, who converted a penalty.

Birmingham head coach Steven Gerrard, who is a Liverpool legend, played against his former club for the first time in his coaching career.

Liverpool are second in the Premier League with 37 points. Aston Villa has 19 points and 12th place.

Chelsea were able to defeat Leeds only in stoppage time (3: 2). The winning goal was scored from the penalty spot in added time to the second half. In another match of the tour, Arsenal defeated Southampton (3: 0).