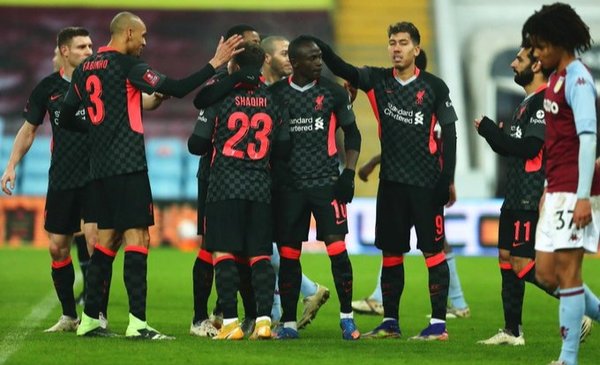 Liverpool, current champion of the English Premier League, today thrashed Aston Villa, 4 to 1, as a visitor, and qualified for the 16th finals of the FA Cup in England, the oldest tournament in world football.

Wolverhampton defeated Crystal Palace 1-0, at home, in the other advance match of the third round of the traditional British tournament, which will continue tomorrow, Sunday and next Monday.

Within the large number of games, tomorrow will play the defending champion, Arsenal, against Newcastle and Manchester United against Watford; while on Sunday it will be the turn of Leeds, of Marcelo Bielsa, who will visit Crawley Town, of the fourth division.

The FA Cup is the oldest tournament in world football (it began in 1871) and the last champion was Arsenal, who beat Chelsea, where Wilfredo Caballero from Entre Ríos saved 2-1 at Wembley Stadium in August of the year. past.

Thus, Arsenal remains the top winner of the tournament with 14 titles, followed by Manchester United (12).