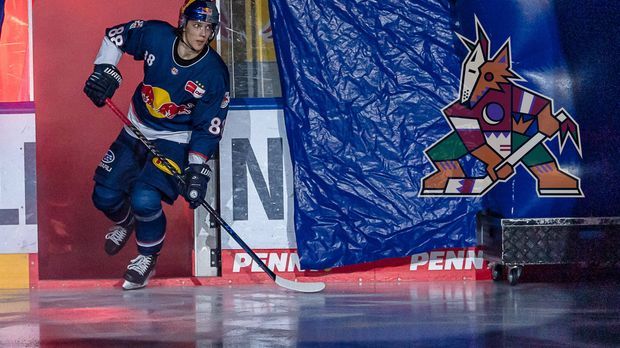 Munich/Montreal – Julian Lutz had to wait a day before the 18-year-old striker from EHC Red Bull Munich arrived in the NHL.

Lutz was drafted 43rd in the 2nd round by the Arizona Coyotes on day two of the 2022 NHL Draft.

The winger, who comes from Weingarten near Ravensburg, is the first German player to find a club in this year’s talent draw.

Lutz was followed by his Munich club colleague Maksymilian Szuber, who was also selected by Arizona. The defender went to the Glendale team at position 163 in Round 6.

Welcome to the Pack, Maksymilian! 💯 pic.twitter.com/fL1KUT8QXK

In addition to Szuber and Lutz, who was also traded as a late first-round pick, national player Alexander Blank also had prospects of being drafted in a later round.

Nothing came of it, just like with other German talents like Krefeld’s Luca Hauf or Nuremberg’s Roman Kechter.

You want the most important NHL news, videos and data directly on your smartphone? Then get the new ran app with push notifications for the most important news in your favorite sport. Available in the App Store for Apple and Android.