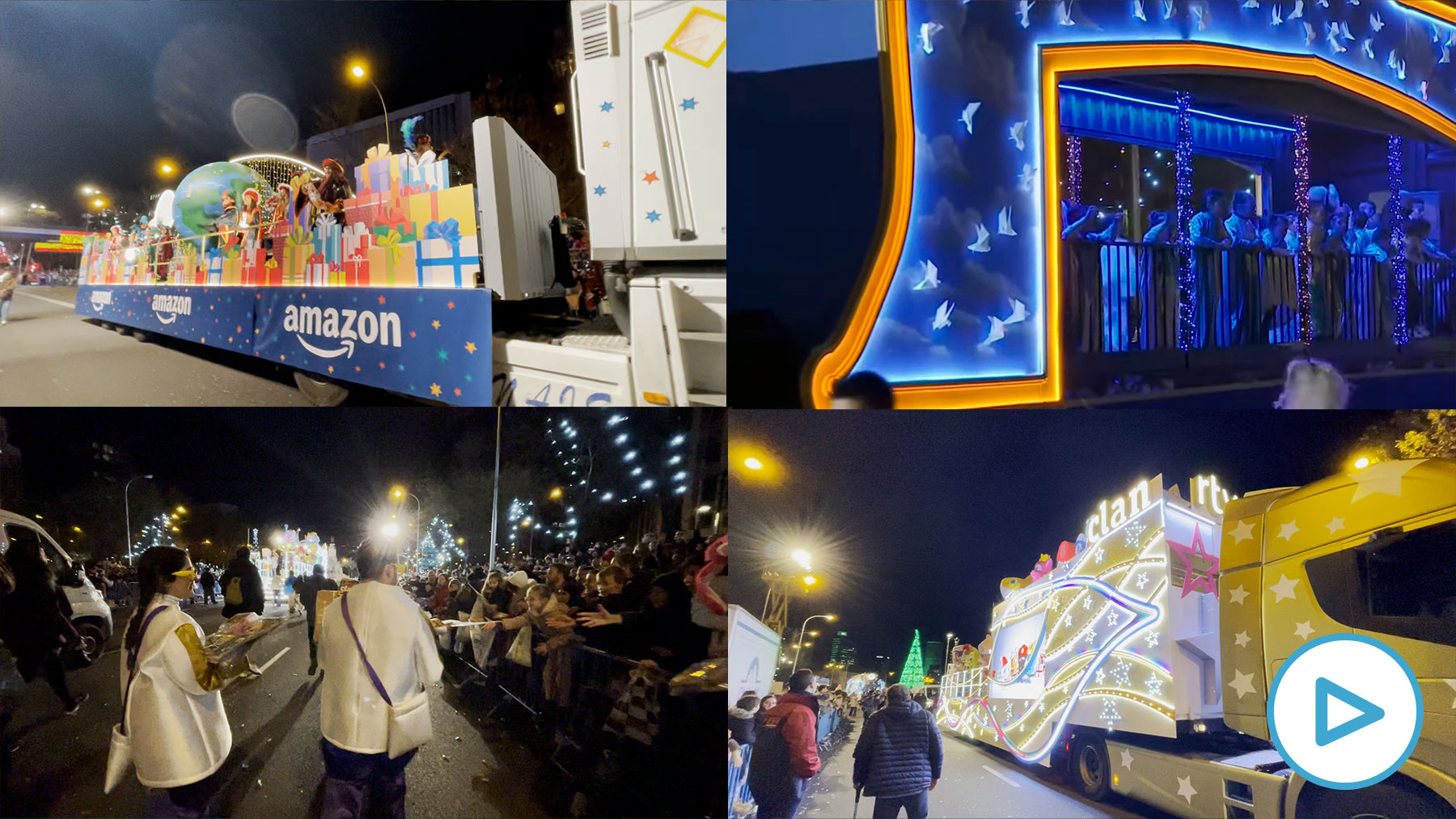 The Madrid horseback riding shines again in all its splendor. After years of restrictions due to the coronavirus pandemic, this traditional parade of the night of January 5 has once again covered the Paseo de la Castellana in a spectacular way. Peace has been the motto this year to receive the Three Kings with music, fireworks and dances from all over the world. The procession has been organized by the Madrid City Council, which wanted to receive their Eastern Majesties with an exceptional show.

Two tons of candy, 10,500 stands, eight floats and 10 dance companies are just some of the spectacular numbers of this parade to receive the Magi from the East. Guided by a beautiful white angel in the sky and silver stars, the floats that carry the thrones of the Magi have arrived gliding on the trail of the star from the East.

The reception of Melchior Caspar and Balthazar it has been huge. Renaissance standard bearers, the bands from the University of Northern Iowa and the Pittsburgh School, hundreds of pages, mechanized elephants and a spectacular flock of birds have brought color to this procession. Shining in all its splendor, thousands of led lights have illuminated this magical night in which Their Majesties of the East They will leave gifts in Spanish homes. “We are very nervous”said the children, who did not want to miss this parade.

It is fantastic parade has culminated in Cibeles where attendees have been able to enjoy a Christmas music concert. And to round off this parade, children and not so children have been able to enjoy a fireworks show with the musical theme Zadok the Priest, by Händel, as the soundtrack. «The Three Wise Men are already in Madrid»the mayor of Madrid, José Luis Martínez-Almeida, expressed with joy.