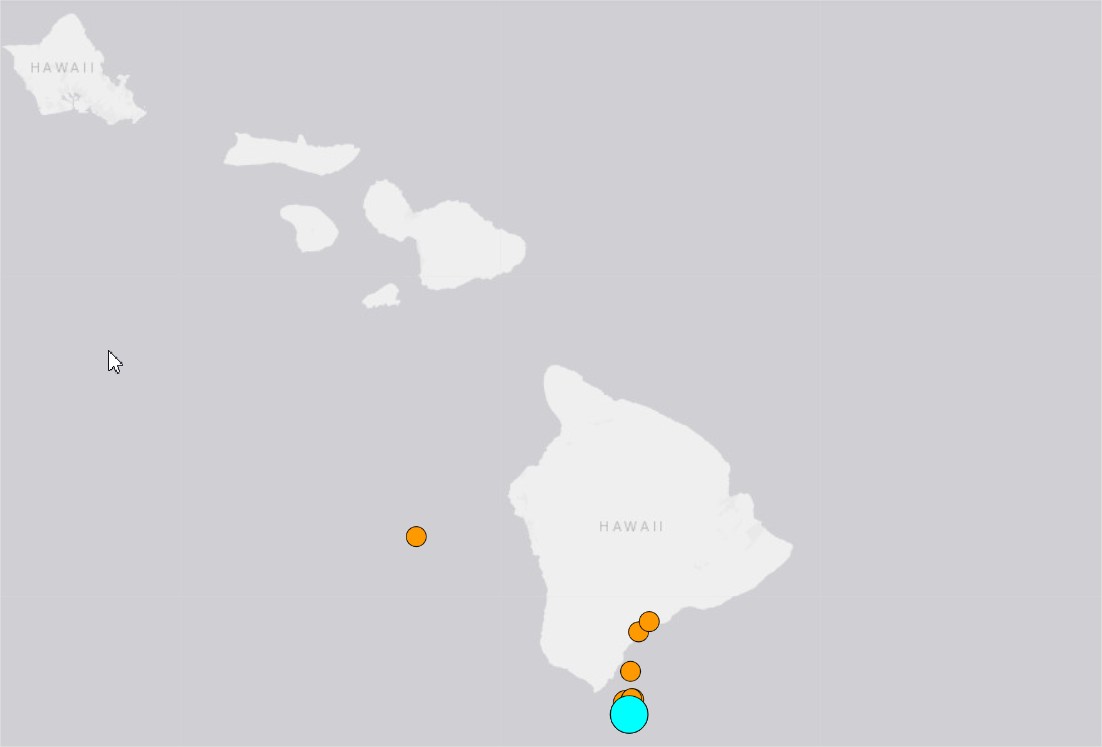 “Small tremors”, “Like a ripple under the feet”… The magnitude 6.2 earthquake which took place on the island of Big Island in Hawaii this Sunday around noon was only weakly felt by the population.

The United States Geological Survey (USGS) reported that the quake took place just over 4km from Naalehu. Residents of Kauai and those on western Oahu also felt the tremor.

Officials said the quake had no impact on Kilauea’s eruption. “Webcams and other data streams show no impact on the ongoing eruption at Kilauea, except for some minor rockfalls reported in Halemaumau Crater”said Ken Hon, lead scientist at the Hawaii Volcanoes Observatory at Hawaii News Now.

The USGS said the quake took place about 14 kilometers deep. At least six aftershocks were reported almost immediately after the initial quake. The strongest was a magnitude 4.3 quake that occurred just five minutes after the first quake.