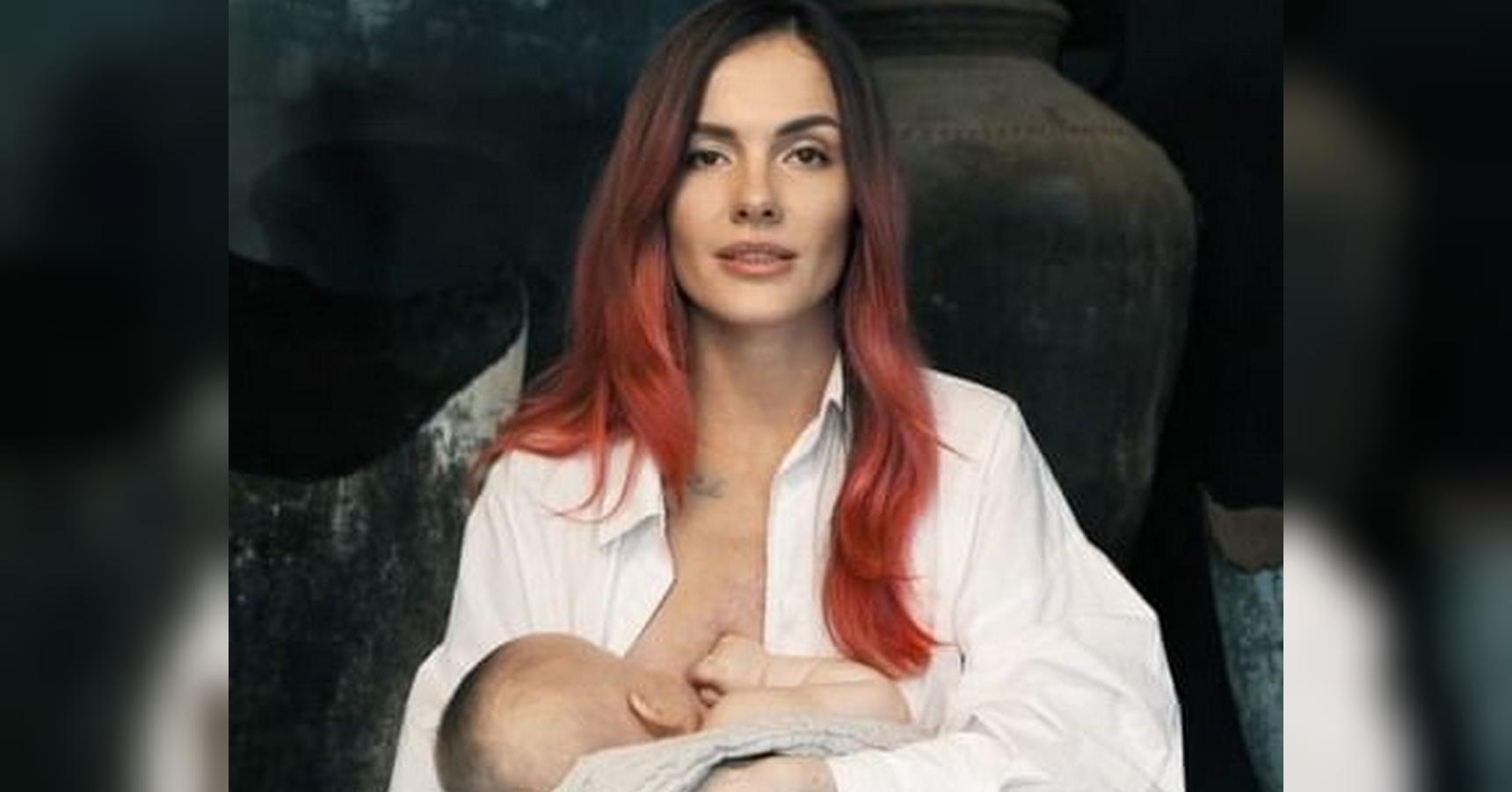 The Ukrainian singer MamaRika, who left for Italy with her little son because of the war, returned to Ukraine and released a poignant video “Son”, which she dedicated to all mothers and children who survived the horrors of the war.

“The song Sinu is the cry of the soul of every Ukrainian mother who protects her child from war. Maternal love is the strongest, so every mother, without hesitation, is ready to stand under bullets in order to protect her child from harm. A Ukrainian woman is now a symbol of strength and love all over the world! Each of us has overcome a terrible and difficult path to save our child. I will never forget holding my son David close to my chest as the rockets flew over our house. At that moment, you are ready to give your life so that your most precious treasure lives and never sees war again. — said MamaRika, presenting her work.

In the video, the young mother showed her son David for the first time, who was nine months old. In the video, she breastfeeds the baby, plays with him.

The singer admitted that she returned to Ukraine because she could not stand the separation from her beloved husband Sergei Sereda, who remained in Ukraine.

Earlier, Taras Topolya and English singer Ed Sheeran released a joint video 2Step, filmed in Ukraine, in between combat missions of the leader of the Antitelas group. The video includes footage of the House of Culture in Irpin destroyed by the Russian invaders.

Svyatoslav Vakarchuk also recorded the powerful composition You Are So Beautiful, in which he showed the beauty of blooming Ukraine.

See Also:  The best moments of Lydia Valentín in “Who wants to be a millionaire” to achieve 15,000 euros for Bierzo Autismo - INFO BIERZO