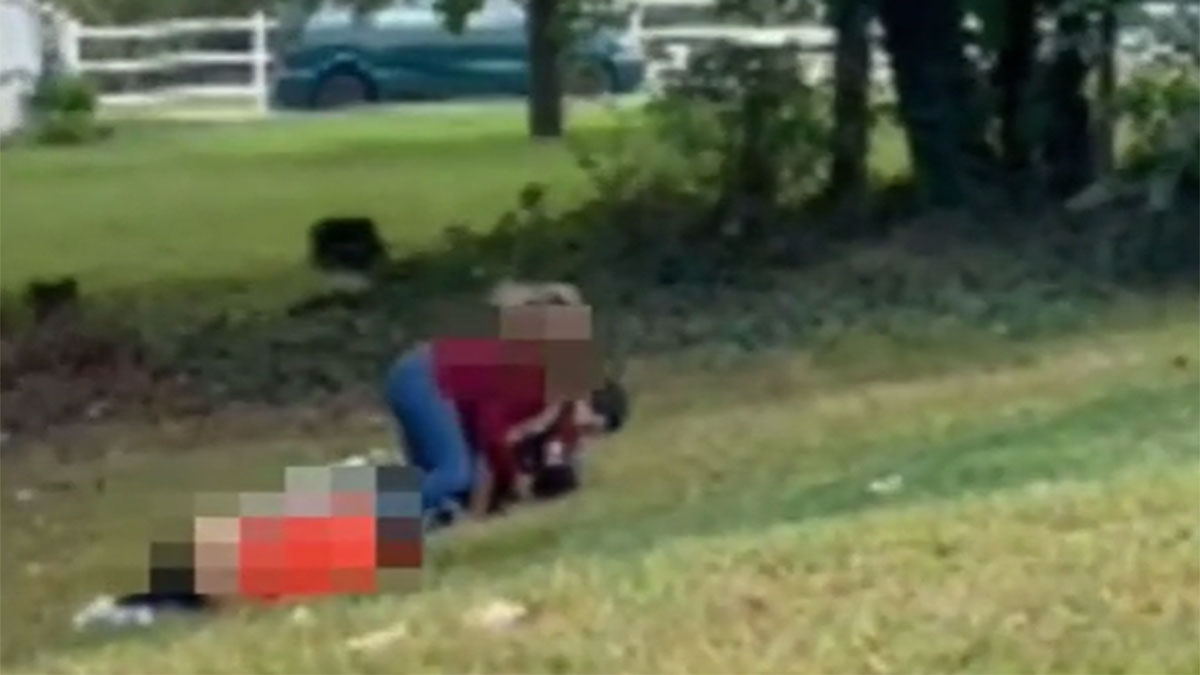 In a terrifying incident caught on camera, you can see how the neighbors and relatives of a Hispanic man saved his life by holding off an attacker who allegedly tried to shoot him in the head in Maryland.

The attack occurred in the 1700 block of Mt. Pisgah Lane, near the Avery Park Apartment Homes complex, at about 6 pm Saturday.

Montgomery County police released a video of a man apparently attacking Carlos Quezada, 35, as he was leaving an apartment complex.

Before some Good Samaritans intervened, the victim was shot twice. The suspect then allegedly pointed a gun at the victim’s head and pulled the trigger, but the gun misfired, according to authorities.

That’s when unarmed residents of the area helped restrain the assailant and strip him of his weapon. The images show how a man delivers a flying kick and a woman jumps on the suspect, knocking him down and holding him.

Quezada’s sister was among those who tried to stop the shooter. She claimed that the suspect, an unknown person, bit her hand.

Marcus Conway, 24, was identified as the attacker and is facing charges of attempted second-degree murder, assault, use of a firearm to commit a crime and possession of a firearm by a prohibited person. He is being held without bail.

Quezada’s family assures that he is stable and recovering in a local hospital, but they have requested to end the rental contract for their home because they say they do not feel safe.

The loved ones of the victim also ask that there be more police presence in the area and that the departments put greater security at the entrances of the buildings to avoid cases like this, with people who are foreign to the residence.