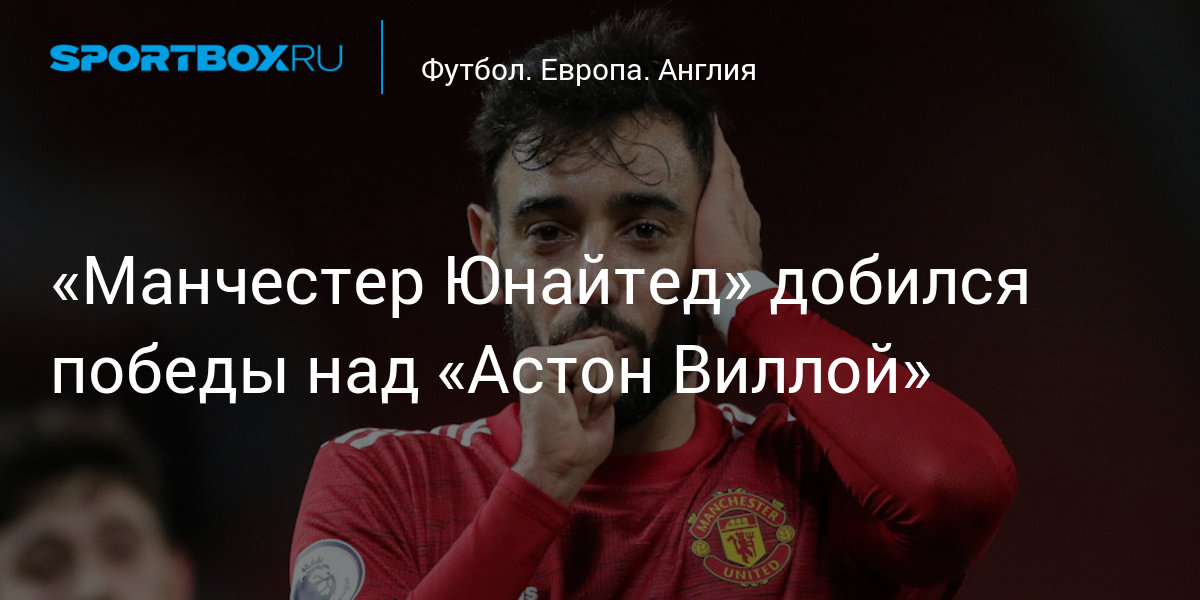 Manchester United secured a home victory over Aston Villa in the 17th round of the English Championship.

The home team won the pitch with an accurate shot Brun Fernandes, who converted the penalty. For the Portuguese midfielder, this ball was already 11th in the current season.

Manchester United are on the second line in the standings, behind the leading Liverpool only in additional indicators. Aston Villa is in sixth position.