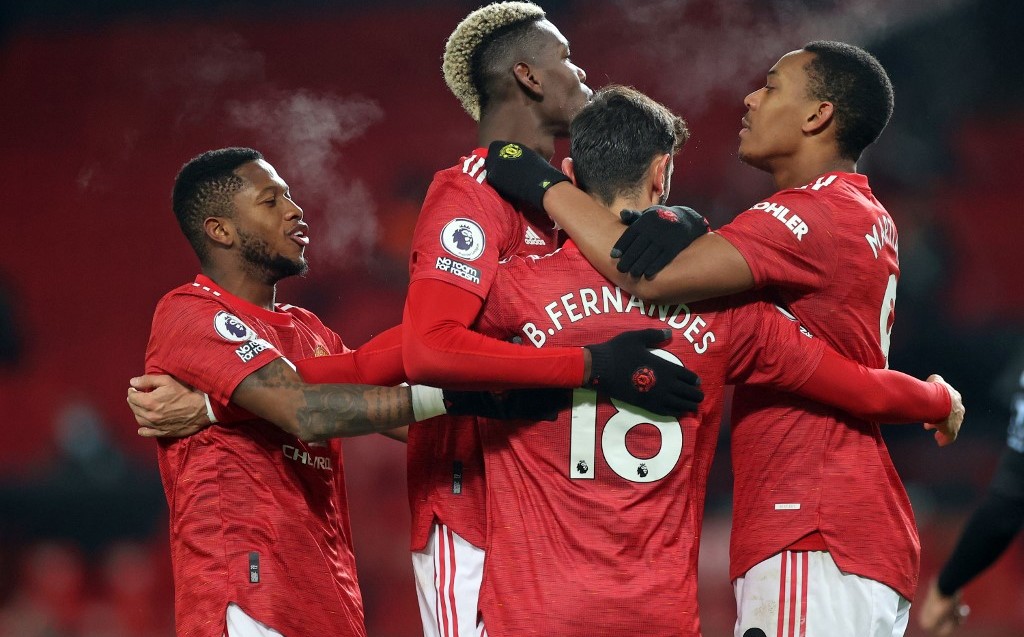 He Manchester United carried out Aston Villa’s visit to Old Trafford (2-1) and reached the leader, Liverpool in the Premier classification, with which he is now even on points.

The champion still has to play in Southampton on Monday his match of the seventeenth day but the triumph against the Birmingham team places United with the same points.

The 2021 debut of the Norwegian Ole Gunnar Solksjaer’s team was convincing against a rival who has traveled the top of the table all the time and who comes out of the European positions after this setback in Manchester.

The Red Devils took the lead five minutes before the break, when an intermission on the right by Aaron Wan Bissaka ended with a cross into the area that Frenchman Anthony Martial took advantage of to finish with a header and overcome Argentine goal Emiliano Martínez.

The visiting team did not decline despite the conceded goal. He actually got better in the second half and managed to tie through the Burkinabe Bertrand Traoré, who took advantage of a ball received from Jack Grealish at game time.

The balance only lasted four minutes for Dean Smith’s team. A foul inside the area by Douglas Luis against Paul Pogba was indicated as a penalty after consulting with the VAR. Portuguese Bruno Fernandes scored from eleven meters and closed the triumph of Manchester United, tied with Liverpool for the lead.