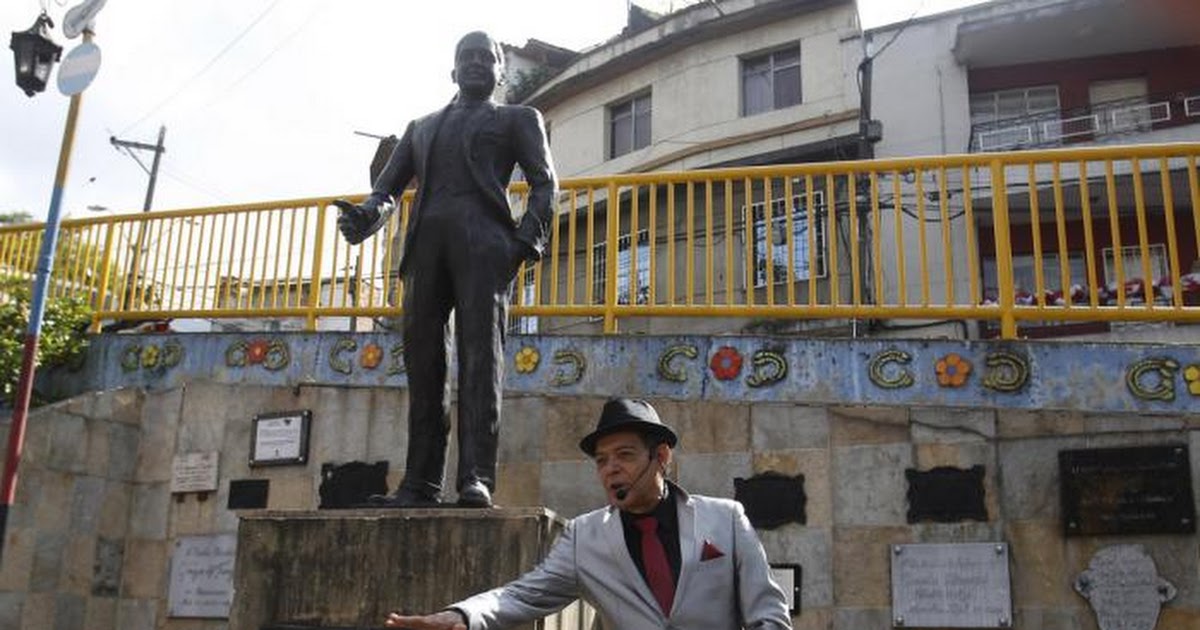 Jeimmy Paola Sierra. Medellín (Colombia), Dec 4 (EFE).- Manrique, the tango neighborhood of Medellín, left behind its violent past and exhibits its artistic and cultural potential on a tourist route that crosses “La 45”, baptized Avenida Carlos Gardel, and transits for its history with a tour of places of worship to tango such as Café Alaska and the Casa Gardeliana Museum.

“Por una cabeza” plays at the station that gives the entrance to the experience in this popular and colorful neighborhood, located in Comuna 3, which clung to culture to free itself from fear and a stigma that was carved out in the 80s and the 90s, when the capo Pablo Escobar imposed his terror.

“It was the nest that fed hitmen,” says one of the guides, who alludes to the feared gang La Terraza, born in a pool hall in Manrique, the sector chosen by the Tras Tus Huellas Medellín platform, in alliance with fourteen cultural organizations in the area, to build a tourist circuit.

Today, under the “Manrique, from the neighborhood around the world” initiative, its slopes narrate a transformation tied to artistic processes, as happened in Comuna 13. But his speech is written with an air of a suburb and has the statue of Gardel as a witness and a meeting point to explore “La 45”, a road that connects this neighborhood with the city center.

“It was a highly stigmatized neighborhood, the cradle of hit men. When violence began to hit this territory very hard, the response of its inhabitants was art and culture,” Humberto Iglesias, leader of the Tras Tus Huellas Medellín project, told EFE.

Diana Londoño, representative of the Seed of Hope Corporation, a community organization with “a proposal for better times,” says that the inhabitants of this neighborhood went out with comparsas and stilt walkers to turn the street into their stage.

“We didn’t want to be more afraid. The war couldn’t lock us up,” he says.

“LIFE IS A MILONGA”

Manrique’s walls speak of the fascination for tango. “Life is a milonga”, reads a mural with the image of Gardel, who died in a plane crash in Medellín in 1935, where he is still revered as a myth with spaces such as the Casa Gardeliana Museum, founded by the Argentine Leonardo Grandson in 1973 and symbol of a passion that is breathed in Medellín.

From the terrace of Café Alaska, a bohemian and tango corner since 1937 that is also part of the tourist proposal, a bandoneon is heard as an appetizer of what will be lived in a place dedicated to this genre.

“Golondrinas” and “9 de Julio” are performed by the young Viviana Restrepo, a bandoneon teacher, who remarks to EFE that it is “something iconic to be able to play in the most representative neighborhood of tango in Medellín”, and in a café that “catches ” to the visitors with the stories and a Buenos Aires atmosphere nuanced by the vigor of Manrique and his people.

Gustavo Rojas, owner of Café Alaska, describes it as a space to “discuss and worship tango”, which has been a focus for referents of this music and a magnet for foreigners who visit the city in Gardel’s footsteps.

“I have a collection of 200,000 tangos, I want to disseminate that music so that the whole world can enjoy it”, comments Rojas, who explains that since Manrique is a neighborhood close to the center, “where the tango culture was developed in Medellín”, the tangos were “penetrating” in its inhabitants.