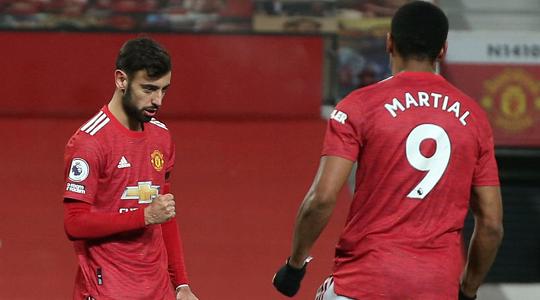 The saves of De Gea and the penalty of Bruno Fernandes allow Manchester United to beat Aston Villa 2-1 in a match valid for the 17th day of the Premier League. Beautiful and hard-fought game with many scoring chances also for the red devils, who took the lead in the 40th of the first half with Martial.

In the second half, after many attempts, Traore’s equalizer ‘at 13’, but the 1-1 lasts just 180 seconds as Pogba is landed in the penalty area and that, from the spot, Bruno Fernandes makes no mistake, scoring goal number 11 in the championship and fixing the result at 2-1.

Despite the final siege, in fact, the Birmingham team failed to find the 2-2. For United a victory that is worth, at least for the moment, the connection to Liverpool at the top of the table with 33 points. Aston Villa, on the other hand, remains at 26.