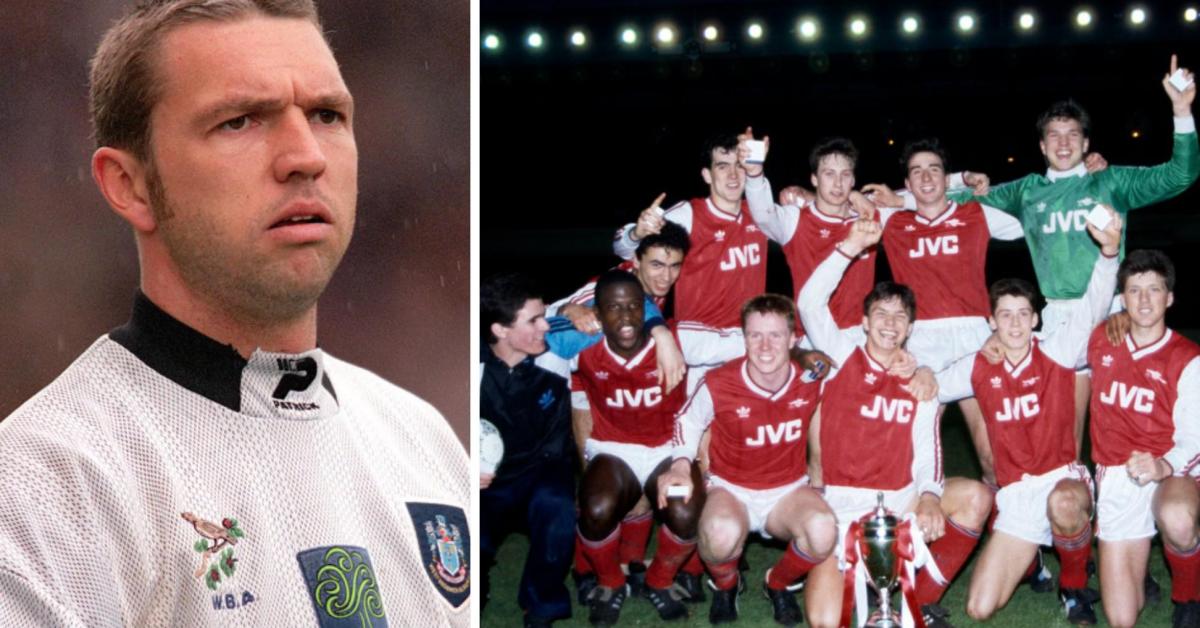 Alan Miller was part of Arsenal’s 1992/93 League Cup and FA Cup winning squad before moving to West Brom, Middlesbrough, Birmingham and St Johnstone, among others.

Miller began his career with the Gunners in 1984 and won the FA Youth Cup four years later.

He graduated from the youth ranks to sign professional terms and was involved as an unused substitute in the squad that won the League Cup and the FA Cup in 1993, followed by the Cup Winners’ Cup in 1994. .

His former Highbury teammate Lee Dixon reacted to the sad news: “Devastated to hear of the passing of our teammate Alan Miller. He was one of the good guys in life. What a man. Gold heart. RIP my friend, ”he wrote on Twitter.

“RIP Alan Miller, my great friend and teammate, left too early. We’ll see each other over a beer, ”wrote David Hillier, another of his former teammates on the social network.

Having been selected by England’s Under-21, Miller won a Premier League winner’s medal with Middlesbrough and remained at the Teeside club for three years. He then moved permanently to West Brom after a second loan to the Hawthorns where he had the best series of games of his career.

West Brom also offered condolences on social media: “We are desperately saddened to learn of the passing of former goaltender Alan Miller. Our hearts go out to Alan’s family and friends at this terribly sad time, ”the club tweeted.

See Also:  A pro-Palestinian activist infiltrated the Israeli delegation at the opening ceremony of the World Games. Details: Israel news

Plymouth, another of his former Miller clubs, also paid tribute to him, writing: “The club is deeply saddened to learn of the passing of former pilgrim Alan Miller. Our hearts go out to his family and friends. “

Late in his career, Miller had joined Blackburn where he was loaned to Bristol City, Coventry and St Johnstone before retiring in 2003 with a back injury.

Former Middlesbrough striker Jan-Aage Fjortoft was also keen to react to this news: “I just found out that my former Boro teammate, Alan Miller, has passed away. Alan was a good guy. I will remember his smile and his ability to create a good atmosphere wherever he is. RIP, ”posted the former player.