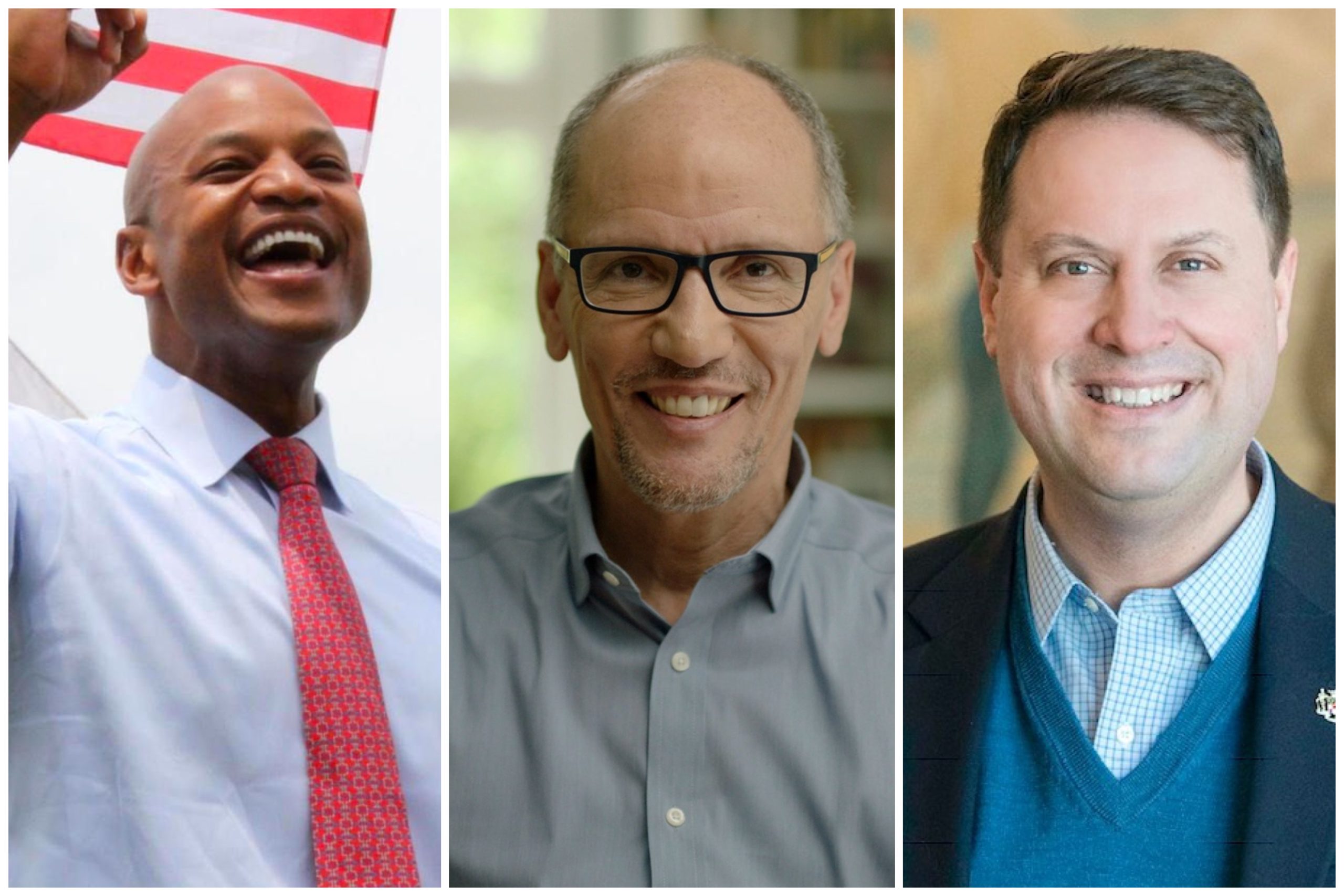 Republicans in Maryland chose Dan Cox, a far-right state legislator backed by former President Donald Trump, as their primary candidate to replace outgoing Governor Larry Hogan, while the Democratic side — as of press time — did not. A winner had been defined, but the candidate Wes Moore was leading, followed by former Secretary of Labor, Tom Pérez.

The official results of the Maryland primary in close contests will take days or even weeks since thousands of votes sent by mail only begin to be counted by law as of Thursday the 21st, two days after the elections.

“Thousands of votes that were sent by mail still need to be counted and we will be vigilant so that each vote is counted,” Tom Pérez told El Tiempo Latino, after a speech on the night of the primary elections, on Tuesday the 19th.

The Republican primaries were closer to being defined since as of Wednesday, July 20, 80% of the votes cast in person during early voting and on Election Day had been tabulated.

Cox surprised with 56.2% of the vote defeating Kelly Schulz, who achieved 40%. Schulz was a moderate candidate supported by Hogan, also a centrist, who governs in her second term.

On the Democratic side, the gubernatorial race was more closely contested, with nine candidates vying for the position. Until Wednesday the 20th at the end of the afternoon, 98.8% of the precincts reported on election day had already been counted.

Preliminary results showed Wes Moore leading with 36.7% of the vote, followed by Tom Pérez who got 27.4% of the electorate. State Comptroller Peter Franchot was in third place with 19.6%. The polls had given the place of preference to Fanchot.

Wes Moore is a best-selling author, endorsed by Oprah Winfrey.

“It will take several days to know the official result of the votes, because more than 500,000 ballots were requested to vote by mail. Thanks to Hogan, we count these votes two days later,” Pérez added, referring to the governor’s veto of a law to speed up the count.

The Maryland legislature passed a measure to allow poll workers to count mail-in ballots ahead of time, to ease a confluence of challenges rooted in the coronavirus pandemic and redistricting.

Hogan said the legislation did not meet election security standards so he vetoed it in May. Then Maryland’s peculiar law prevailed that prohibits the tabulation of votes until the Thursday after Election Day.

Cox will face the winner of the Democratic primary in the November general election. Interestingly, the Democratic Governors Association invested $1 million in Cox’s campaign, as part of a national strategy to help elect Trump’s far-right candidates.

In a state where the vote is 2 to 1 Democrat, a far-right candidate would benefit the Democrat.

So despite being a victory for Trump, Cox’s win over Schulz could be a serious blow to the Republicans’ chances of holding on to the governor’s mansion in November.
Hogan, barred from running for a third straight term, was a moderate two-term Republican governor in a heavily Democratic state and had endorsed Schulz as the successor to his bipartisan leadership style.

In these elections, the eight seats in the House of Representatives were at stake. All the Democrats who ran for re-election are leading without issue, including Jamie Raskin of District 8, who is a central figure in the January 6 Committee investigation.

Maryland’s only Republican from District 8, Andrew Harris did not face an opponent.
Senator Chris Van Hollen secured his passage to the generals.

Close election by the Montgomery executive

One of the most anticipated races is for Montgomery County Executive. Current official Marc Elrich faced a strong rival, David Blair, in the primaries for the Democratic Party and it seems that defining this election will take time due to the closeness of the preliminary results.
With early voting and 246 of 258 Election Day precincts, the two candidates were separated by just 1,191 votes Wednesday in the close race.

See Also:  ACS and OHLA win the Maryland light rail contract with a budget of € 2,250 million

Blair, who has never held political office, received 39.63% of the vote as of Wednesday afternoon. Elrich, who is seeking a second term, got 38%. This is the second time the candidates have faced each other. In 2018 they came very close, Elrich winning a 77-vote victory after lengthy scrutiny.

At least 22 Hispanics were registered as candidates for various contests. Some of them sought re-election, others aspired to climb to another political level and a third managed to advance with the possibility of holding a position for the first time.

“Hispanics need better representation and having several Latinos on the ballot is a great advance,” said candidate Omar Lazo, who ran for Montgomery County’s 6th district.

The Natali Fani-González victory in district 6

Another of the most followed contests was that of a seat on the Montgomery council for district 6, which was configured as new after redistricting. Three Hispanics faced each other in a group of five candidates.

After counting 100% of the 33 precincts, the activist of Venezuelan origin, Natali Fani-González achieved 53.55% of the votes; followed by former state delegate Maricé Morales, with 16.93% and Salvadoran Omar Lazo, with 10.34%.

“This has been hard work, knocking on doors every day,” said Fani-González, whose 10-year-old son, Lucca, was her best spokesperson on election afternoon. “I tell them to vote for my mom because she is the best,” he smiled.

With seven of the nine electoral precincts being counted, Prince George’s County Councilwoman Deni Taveras won 57.2% of the vote, leaving her rival far in the race for state delegate from District 47B.

Mother and son lead in Montgomery

With 48 of 53 precincts being counted, activist Grace Rivera-Oven was leading on Wednesday the 20th by a large margin in the in-person vote. She got 44.89%. The second on the list was far away with 27.5%.

His son Marko Rivera-Oven, who also decided to jump into the race to seek a seat on the county’s Democratic Central Committee, was similarly moving forward. “I am happy, although there is much more to do until we reach the general elections,” he told El Tiempo Latino, during his celebration party at a restaurant in Germantown.

Brentwood Mayor Rocío Treminio-López, who ran for the state senate from District 47, won 23% of the vote to rival Malcom Augustin’s 76%.

Nor did Brian Anleu win for the councilman seat for Montgomery’s 5th Ward.

The contest is tight for former senator Víctor Ramírez, who until Wednesday the 20th was in second place with a margin of 3% for a seat on the Prince George’s Council.

As expected, in the primaries there was not much participation of the people. The fact of delaying the election in summer time is also a factor for the low turnout. “We would have liked to see more people vote, but that has not been the case,” Morales said.

However, Bolivian Marcia Ruck-Vilche, who lives in the Wheaton area, did her duty and said she always does. “If we want to be heard, then we have to vote,” she said.