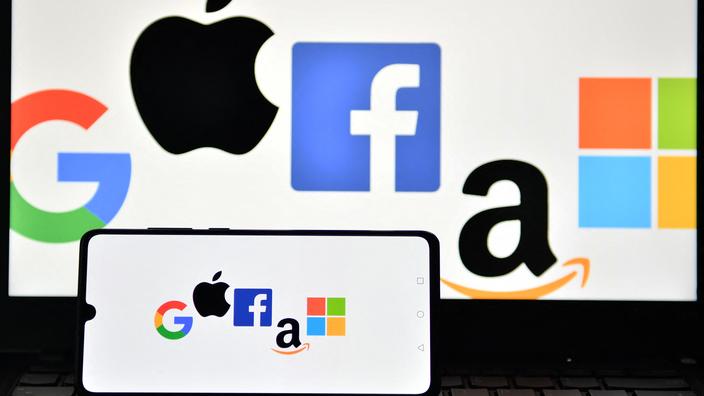 The Parliament of this small state in the suburbs of the capital Washington voted in favor of a law supposed to generate approximately 250 million dollars after one year, which will be intended for schools.

American elected officials want to regulate the tech giants, but also tax them, as in Maryland, the first state in the country to have approved a tax on online advertising on Friday February 12, a sector largely dominated by Google and Facebook. The Parliament of this small state in the suburbs of the capital Washington DC voted in favor of a law supposed to generate approximately 250 million dollars after one year, which will be intended for schools. “Maryland will become the first state in the country to ensure that ‘Big Tech’ pay their share while they rake in billions of dollars a year from our personal data to sell digital ads ”, Sen. Bill Ferguson, the main rapporteur of the text, said on Facebook on Friday.

Read alsoEurope’s plan to impose its rules on Gafa

“Companies like Amazon, Facebook and Google have seen their profits increase dramatically during the Covid-19 pandemic as our small businesses struggle to survive”. Lobbies in Silicon Valley argue on the contrary, alongside Republicans, that the costs of this type of legislation will be passed on to businesses, large and small, who buy advertising space on platforms. “Maryland has the dubious honor of being the only state in the country to have passed such a bad law, with the added distinction of having done so during a pandemic and economic crisis.”Robert Callahan, a vice-president of the Internet Association, which represents most of the major technology groups, responded in a statement.

Other U.S. states may soon follow the country in Maryland, as their coffers are empty after a year of restrictions on economic activity. These efforts are part of a growing debate in North America about the economic and political power of Silicon Valley corporations. Google and Facebook are facing lawsuits from various authorities for abuse of dominance and Amazon and Apple could suffer as well.

Read alsoReforms: the Gafa avoid the worst, but are in the crosshairs

On the left and on the right, elected officials also want to impose more responsibilities on social networks, from respecting data confidentiality to moderation of content. Larry Hogan, the Republican governor of Maryland, had vetoed the new tax, but on Friday the local Senate voted in favor of bypassing the veto, after the House of Representatives on Thursday. “This is not the end of this fight”, he said on Twitter. “It can’t be like that”.

France and other European countries have already adopted digital taxes, which have earned them reprisals in the form of additional tariffs from Donald Trump’s government.