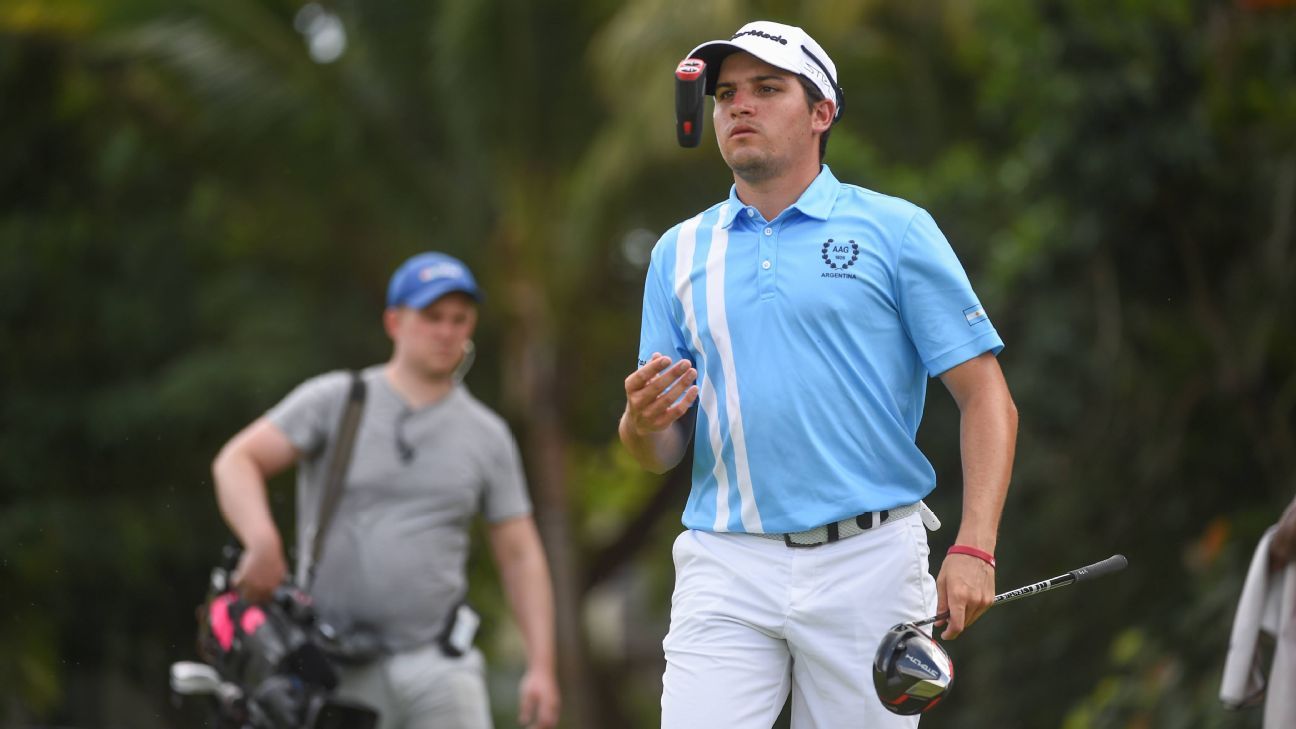 Mateo Fernández de Oliveira equaled the lowest round in the history of the Latin America Amateur Championship and is the only leader of the championship organized by the Masters Tournament, The R&A and the USGA, which is enjoyed live on STAR+.

The Argentine gave a true lecture on golf this Saturday at the Grand Reserve Golf Club of Puerto Rico and with his 63 shots (-9) totaled 198 (-18) to lead the Mexican Luis Carrera by four (68 today), pointer after the first 36 holes.

“It was a great day of golf, I’m happy with the position I’m in heading into the final 18. I was able to take advantage of my moments and now all that remains is to rest and reset everything for tomorrow. The LAAC prizes play in the head and I think we are going to be bringing our minds to the present all the time, it will be a very long round”, said the LAAC record player very matter-of-factly after also scoring the lowest score after 54 holes. and the biggest advantage facing the last 18 holes of the championship.

“Everything is about going through the mental process that this very special and important week requires for all of us. I started very well, then despite not taking advantage of the par 5s on the first leg I stayed focused. When I hit a good shot at the 11th, I got into my zone, at the right time, and the putts started to come in, that was the key of the day,” added the 22-year-old player from the University of Arkansas (he turns 23 next Monday), who makes his fifth LAAC appearance.

Golf always gives revenge and Mateo seeks to confirm that phrase this Sunday after passing very close to the championship last year when he finished second behind Aaron Jarvis in Casa de Campo, Dominican Republic. With three birdies in the first four holes, the Argentinian came out determined to take the lead early on, even without lowering the par 5 of the first leg.

Five consecutive hits between 11 and 16 and one more at 18 for 30 return shots gave Fernández de Oliveira a four-shot advantage over Carreras who, despite his 68 shots (-4), lost the lead in his hands. of an extraordinary player, who seeks to become the second Argentine to win the LAAC after Abel Gallegos’ victory in Mayakoba, Mexico. “I did a great round, the three of us played very well. I missed some drivers, especially on the 11th and maybe I should have made a few more putts to get a little closer to Mateo”, said the Mexican, who has only 4 bogeys in the entire championship.

Five strokes from the lead, the Argentine Vicente Marzilio (66) also wants to get even for the second place achieved in 2022. Another candidate marches in the same position in each edition of the LAAC: the Peruvian Julián Périco (67), who already knows rounds low in the championship and seek to surprise with a little less pressure than Fernández de Oliveira and Carreras.

Among the local players, two are the ones that tie the top ten: Roberto Nieves and Jerónimo Esteve, both with 69 strokes this Saturday and a total of 211.