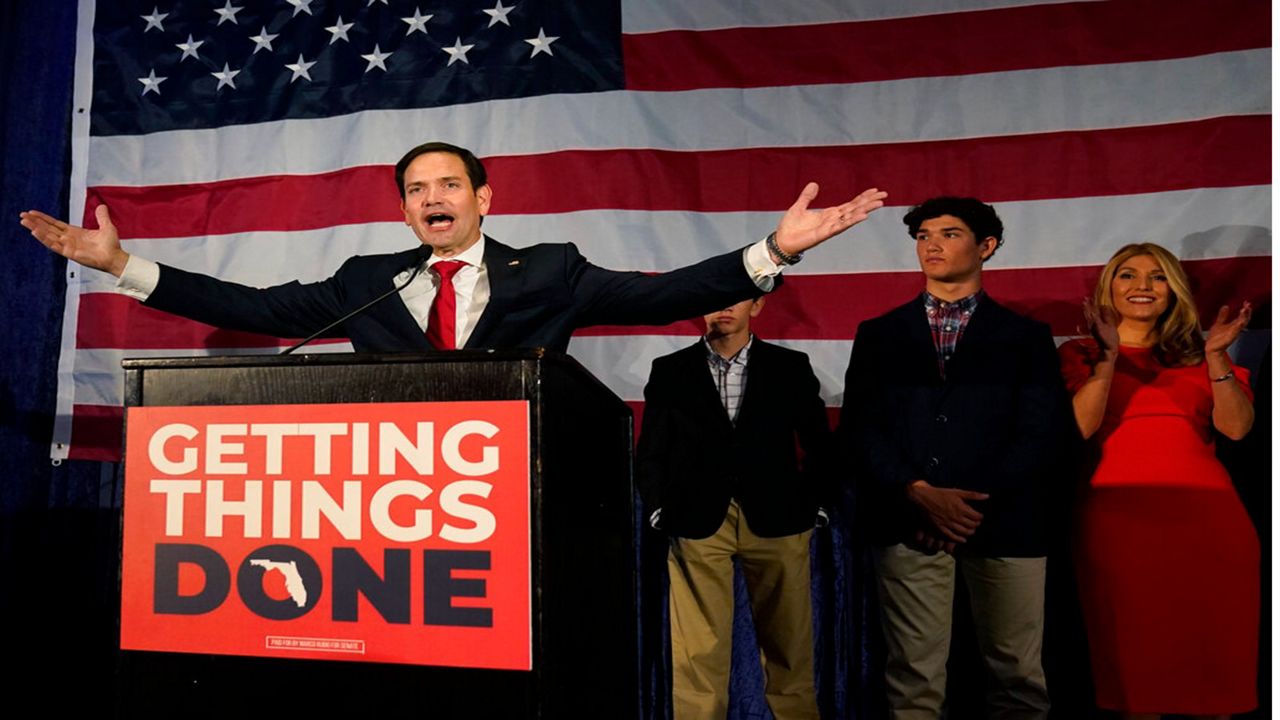 The Republican Party achieved an indisputable victory on Tuesday in the main positions at stake in the midterm elections in Florida, a state that is consolidating as a conservative stronghold with two years to go before the presidential elections.

“The people have delivered their verdict: freedom is here to stay,” said Florida Governor Ron DeSantis, who stressed that not only have the Republicans won, but they have “redefined the political map.”

DeSantis beat his Democratic opponent, Charlie Cristie, by more than 15 points and even won Miami-Dade County, which for 20 years had been considered a Democratic stronghold, bolstering his chances for the Republican nomination in 2024, in which he has shown signs of wanting to participate.

A RED TSUNAMI IN FLORIDA

“It’s not a red tide, it’s a red tsunami,” said Republican state legislator Tom Fabricio, one of those who celebrated DeSantis’ victory at the Tampa Convention Center (west Florida), the place chosen by the governor to meet with his followers.

Fabricio, a member of the lower house of Congress from Florida, told the media that if the midterm elections are a referendum on the policies of the Joseph Biden government, the results in Florida certify its “failure.”

Florida’s governor claimed in Tampa that “many” Americans have moved to Florida because “liberal-ruled cities and counties have seen imposed totalitarianism.”

“People come here because our policy works, we have historic results,” said the Republican, who was accompanied by his wife and three children.

Rubio, who chose a hotel near the Miami airport, his hometown, for his end-of-election party, said the US is “the greatest country in the world” and the Republicans “are not going to let it destroy”.

The senator spoke about immigration and assured that “no country can allow 6,000 people to enter through its borders every day.”

Florida Democratic Party Chairman Manny Diaz stressed in a statement that they are “proud of the hard campaigns” of Demings and Crist and said they look forward to “continuing to work with them to create a better future for all Floridians.”

In the last two presidential elections, in 2016 and 2020, Floridians voted overwhelmingly for Republican Donald Trump, after having opted for Barack Obama in 2012.

According to the provisional results of today’s midterm elections, the Republicans continue to be the winning option in Florida, a state that for years was characterized by not having a fixed voting pattern.

Election Day proceeded as normal with rough weather in eastern Florida due to Tropical Storm Nicole, which is expected to make landfall on Florida’s east coast Wednesday night or early Thursday as a hurricane.

The Republican journalist of Cuban origin María Elvira Salazar, who will retain her seat in the House of Representatives in Washington after defeating the Democrat of Colombian origin Annette Taddeo, said that voters have opted for candidates who give priority to the family economy.

He stressed that the results in Florida are a message from the people to President Joe Biden to tell him that they do not agree with the progress of the country and promised to be a voice in Congress for Cubans, Venezuelans and Nicaraguans who are under totalitarian regimes.

It was not all defeats for the Democrats. Congresswoman Kathy Castor won re-election handily in Florida’s 14th District, which covers an area of ​​Florida’s west coast, by defeating Republican Janes Judge.

Former Democratic congresswoman from Florida Debbie Mucarsel-Powell, of Ecuadorian origin, expressed her opinion in a debate after election day that it is clear that Democratic voters did not go out to vote as in other elections.