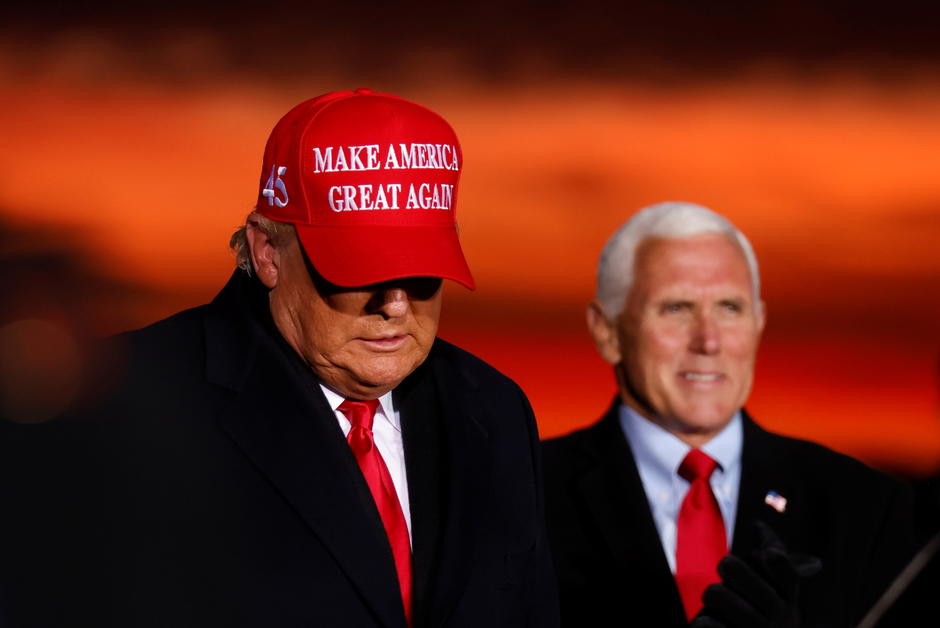 The US vice-president refused to endorse the initiative of certain Republicans seeking to have the certification of Joe Biden’s victory canceled by Congress on January 6. The press sees this as a first sign that Pence is resisting pressure from Trump.

Mike Pence is out of the woods. According to Politico, lawyers for Republican congressman for Texas Louie Gohmert and 11 leading Republican voters in Arizona revealed on Tuesday, December 29, that the US vice-president had refused to endorse their initiative. They are indeed seeking to cancel the certification by Congress of Joe Biden’s victory on January 6.

The American site sees a “First sign that Pence is resisting some of the most extreme demands to overturn the presidential election results”. For The Hill, this decision of the vice-president, “One of Trump’s staunchest supporters”, mark a “Notable break” with his boss, who pushed Republicans in Congress to challenge the certification of voters’ votes.

As vice president, Pence will oversee the January 6 session in which Biden will be recognized by Congress as the winner of the November 3 presidential election. And although the role is “Largely formal”, explains the American site, the deputy Louie Gohmert has filed a lawsuit “Far-fetched” against Mike Pence himself, on Monday, December 28.

Gohmert wishes to argue that only the vice president has the authority to determine which voters the Congress will count when certifying the results of the presidential election.

Asserting more authority would be illegal

According to The Hill, Mike Pence has not spoken publicly about how he plans to conduct the Jan.6 joint session of Congress, or Trump’s relentless pressure to have Republican MPs and Senators reverse the outcome of the voters’ vote.

For the Washington Post, any attempt by Pence to assert authority beyond “The simple reading aloud of the counts of votes” January 6 would be illegal and would almost certainly land it in court. And according to the daily newspaper of the American capital, “The law would not be on the side” of the American Vice President.