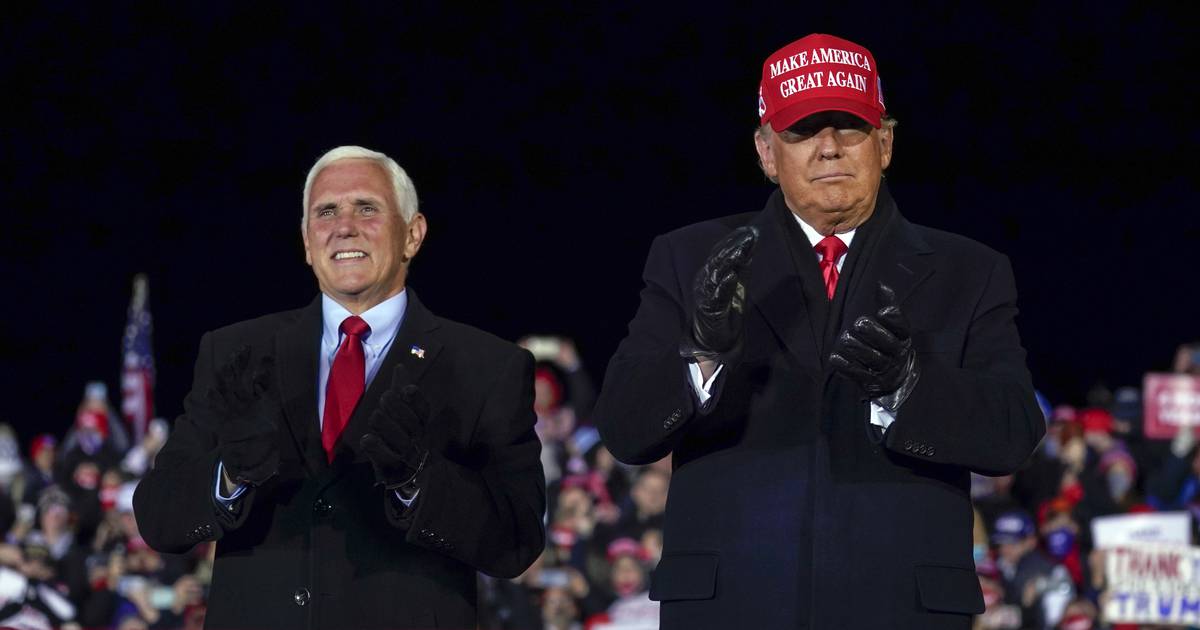 The two will appear Friday at events in Arizona supporting candidates offering contrasting propositions in a swing state heading into the midterm elections. A few days later, they will cross paths again while giving speeches in Washington.

These introductions heat the mood between two old roadmates and close allies, who could face each other in the 2024 Republican presidential primary, assuming they decide to run.

“I think Pence is trying to send a message that Republicans need to think ahead,” said Scott Jennings, a longtime Republican strategist. “This is going to be an existential dilemma for the Republican Party: Are we going to heed a slightly different vision than Donald Trump? Right now, the alternative vision is being offered by Mike Pence.”

That description of the state of affairs marks a profound turning point for Pence, who spent four years in the White House as vice president and a loyal Trump ally.

Trump, however, was infuriated when Pence refused to violate the constitution in an effort to disregard the results of the 2020 election in which Trump lost the presidency and put Pence in the crosshairs of the mob that took over Congress on the 6th. January 2021.

Pence is going from strength to strength in his efforts to offer his own vision for the future of the Republican party. This week he endorsed Karrin Taylor Robson in the Arizona gubernatorial primary, where Trump is endorsing Kari Lake, a figure who repeats his lies about the election.

See Also:  The bodies of three murdered Mexican migrants are found in a vacant lot in Arizona

“While Arizona Democrats promote the irresponsible agenda of (Joe) Biden and (Kamala) Harris, Karrin Taylor Robson is the only gubernatorial candidate who will defend the border and keep the streets safe, empower parents and it will create great schools, and it will promote conservative values,” Pence said in a statement.

Pence also endorsed Governor of Georgia Brian Kemp, another Trump target, who easily defeated the Trump candidate in the primary.

Pence’s trip to Arizona, however, reflects his willingness to engage in a more even race, allying himself with outgoing Gov. Doug Ducey, another Republican who refused to repeat Trump’s lies about the election nearly two years ago.

Pence plans to campaign for Robson in Phoenix and southern Arizona on Friday, the same day Trump will be the keynote speaker at a Lake event that was rescheduled after the death of the former president’s first wife, Ivana Trump. .

A Trump spokesman did not respond to questions about those acts.

Trump and Pence will cross paths again next week, when Trump returns to Washington for the first time since leaving the White House. Pence will speak Monday at the conservative-leaning Heritage Foundation, and the next day she will appear at the Young America’s Foundation’s National Conference of Conservative Students. On the same Tuesday, Trump will speak during a two-day conference organized by the America First Policy Institute.

Pence will promote the program he recently presented and on the future of the party, according to his aides. His speech is expected to draw a stark contrast to that of Trump, who focuses all of his efforts on insisting that the election was stolen from him.

Pence calls on Republicans to turn the page, while highlighting the achievements of what he describes as the Trump/Pence administration.

Trump, for his part, is preparing to run for the presidency for the third time amid a series of investigations into his efforts to perpetuate himself in power.

While polls indicate that Trump remains the overwhelming favorite to win the Republican primary, Marc Short, Pence’s former chief of staff and adviser to Pence, says that even if Trump launches his candidacy, that doesn’t mean he will be in contention. of 2024.

“The commission (investigating the seizure of Congress) is finishing its work and I am sure that (Trump) wants to focus attention on it. An announcement does not necessarily imply that he will be in contention at the end of the process,” Short expressed. “I don’t think there is any doubt that the (former) president loves to be in the limelight. And an announcement (of his candidacy) would focus attention on him”.

Trump insists on lashing out at Pence for not going along with his efforts to ignore the results of the last election. At a conference of Evangelical Christians in Nashville last month, Trump insisted that Pence “didn’t have the courage to act.”

Trump does not consider Pence a threat, according to those close to him, who care more about Ron DeSantis. The Florida governor is seen by many as a natural, younger heir to Trump’s Make America Great Again (MAGA) movement who can channel the same malaise, with less burden on his backs.

See Also:  No. 2 Arizona aims to maintain perfect record at home against Stanford

Jennings praised Pence for being willing to stand up to Trump when so many other Republicans refuse to contradict him.

“What Mike Pence does is very valuable. I don’t know if he is a viable candidate. But he certainly earned the right to present a vision for the post-Trump era,” Jennings said.

“He may well end up being John the Baptist to others,” he added. “Headless, but well remembered.”